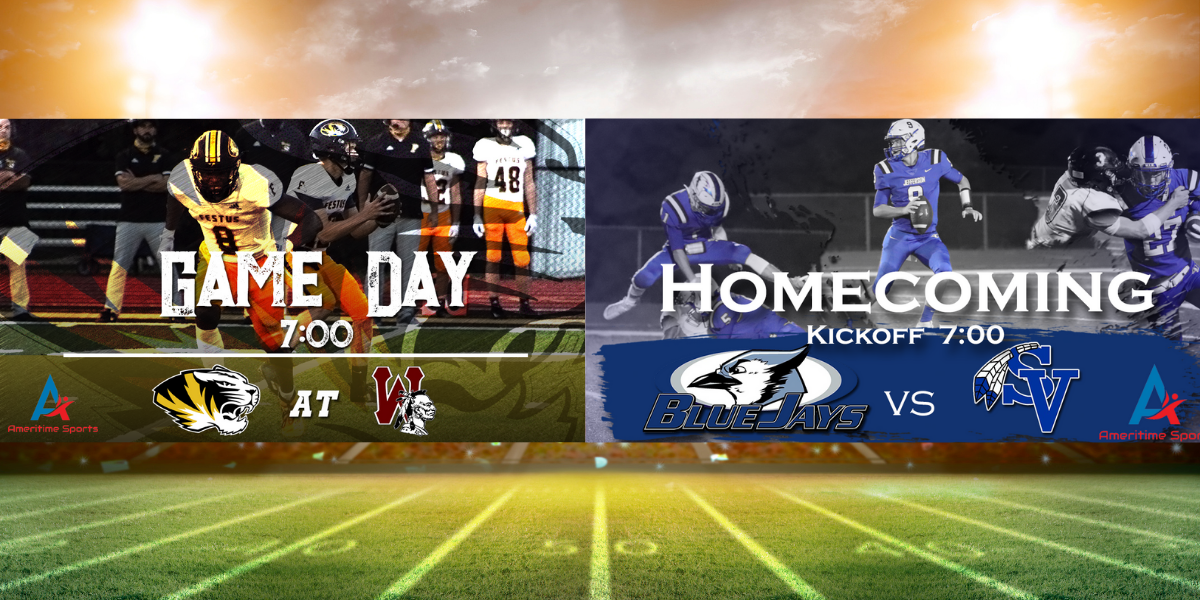 A limited schedule means more focus on the big games this Friday night.

With just one game left in the regular season, things are certainly heating up in the world of local High School football. The games are thin this week due to some cancellations, but the ones left on the docket are certainly high profile. Let’s dive in.

First off, we have the Festus Tigers taking on the Indians of St. Charles West. The Tigers are currently 7-1 and coming off a tough 10-7 loss to Farmington last week. It was the first time all season they failed to score at least 36 points in a game. Meanwhile the Indians are sitting at 4-3 overall, but have won their last two and are hoping their momentum will continue this Friday.

As for the Tigers, they have been a force this season, winning convincingly in nearly every contest until their last. You’d think a loss like that would take the wind out of a team’s sails, but that certainly isn’t the case with this bunch. Defensive standout and fullback, Luke Shaver, certainly echoes that sentiment. “We’re feeling very confident, we’ve put all the work that needs to be done in and now we just gotta show it on the field.”

His counterpart on defense, Cole Wagner, is in agreement, saying, “We’re feeling very confident, we’ve put all the work that needs to be done in and now we just gotta show it on the field.”

These are bold words from a confident team, and you better believe if these guys have anything to say about it, Festus is going to roll into St. Charles and take care of business.

The other prime time game this week belongs to the Jefferson R7 Blue Jays. They are pitted against the St. Vincent Indians. The 4-2 Jays are coming off of two massive wins where they scored 92 points and allowed just six. Outscoring your opponents 92-6 in two games is one of the most dominant performances in a two-game span that you can find in the “show-me state” this season.

Head Coach Alex Rouggly knows this will be a tough test though, saying, “We believe this is a matchup between two teams who are playing their best football at the right time of the season.  We’ve been preaching to our kids all week that this is a game that will come down to the team that makes the fewest mistakes, while also capitalizing on the opposing teams mistakes.”

For their part, the Indians are 5-1 on the year and have won five straight. After getting blown out by Valle in week one they completely turned their program around. They are coming off of a 49-0 blanking of Grandview last week, and they are no slouch.

Coach Rouggly knows this will be a tough task, but true to form, he focuses on every game with the same demeanor and preparation. “We treat every game as a big game.  That’s the way we feel each game should be treated.  Our kids and coaches have been working tirelessly to put the best product out on the field of play that we can this friday. This game is as important as our week one game against Fredericktown was.  We will control what we can, and put our best foot forward in bringing home a homecoming win for our entire school.”

Sounds like a confident team with a solid game plan looking down the barrel of a tough matchup. Here’s hoping they get it done.

Strap in kids. This week holds more water than Big Surf, so it’s going to make a big splash.