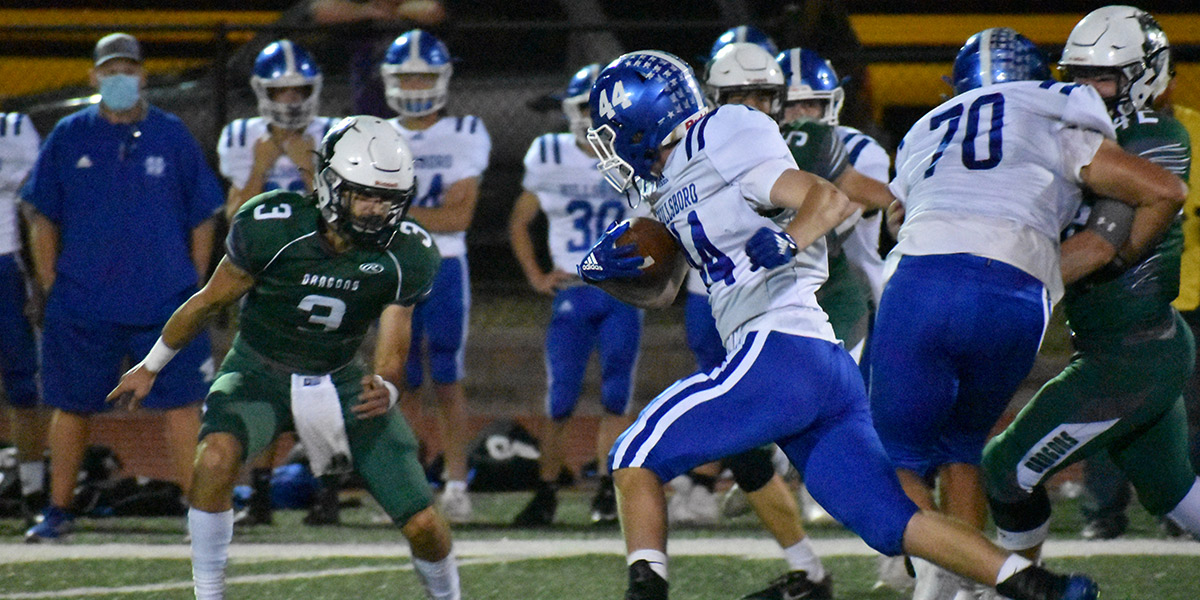 On October 9th, it was another great Friday night for the Hawks of Hillsboro as they successfully slayed the Dragons of Desoto. The Hawks soared into foreign territory and got the job done to secure a winning record of 4-3.

On October 9th, it was another great Friday night for the Hawks of Hillsboro as they successfully slayed the Dragons of Desoto. The Hawks soared into foreign territory and got the job done to secure a winning record of 4-3.

Desoto scored first at the nine-minute mark and converted for two extra points, jumping out to an early 8-0 lead. A few minutes later, at 5:38, John Bennett took a handoff four yards for a Hillsboro touchdown. Jaxin Patterson added two points with the successful conversion run, tying the game 8-8.

With time running out in the first quarter, Desoto answered back with another touchdown run but failed to convert, making the score 14-8 at the end of one quarter.

In the second quarter, Desoto expanded their lead with another touchdown and failed conversion, putting the score at 20-8. Approximately five minutes later, Hillsboro closed the gap on a nine-yard Patterson run. The Hawks failed to convert, making the score 20-14. 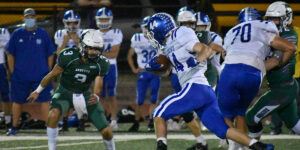 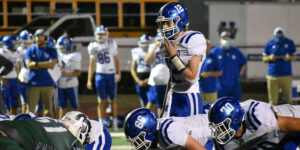 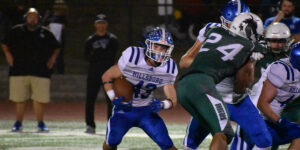 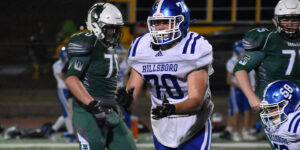 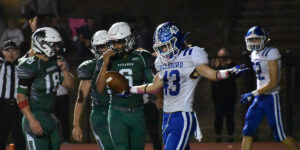 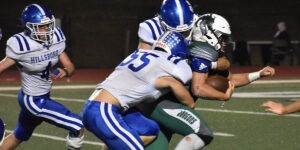 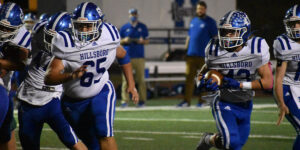 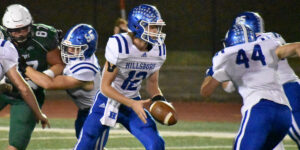 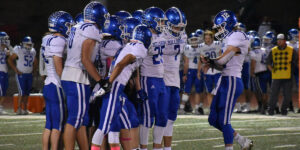 With the first half winding down, Desoto completed an 11-yard pass to score another touchdown, and again failed to convert, which had become a theme throughout the first half.  The score at half time was 26-14, leading Patterson to say, “We started off slow and after a good halftime ‘talk’ we decided to play Hawk football in the second half.”

Just minutes into the second half, Hillsboro handed the ball off to Tyler Watson who took it eight yards for a touchdown. Patterson added two more on the successful conversion run, closing the gap to a mere four points, 26-22.

With 1:02 on the clock in the third quarter, it was Patterson again with the touchdown on a four-yard run. He then converted successfully for two points, finally giving the lead to the Hawks, 30-26. Head Coach Bill Sucharski commented, “On offense, Jaxin has been outstanding for us this season and continues to run hard.”

At 8:42 in the fourth quarter, Patterson found a hole and took the ball 55 yards for another touchdown. This time Bennett completed the conversion run giving Hillsboro a 38-26 lead. Desoto wasn’t finished, however, and put up a touchdown and good two-point conversion with just 5:34 left, making it a 38-34 game.

With 4:17 on the clock, Hillsboro gave the ball back to Patterson who had a monster 79 yard carry all the way to the end zone for a touchdown. He converted his own score for two more, breaking away from Desoto 46-34.

The Hawks sealed the victory with 2:36 left on a 19-yard Payton Brown touchdown run. Griffin Ray was successful on the two-point conversion making the final score 54-34. Ray commented, “The pass game just wasn’t there and we stuck to what we know how to do best, run the ball. This game was different for me. I felt like I am finally starting to run the ball hard and I hope to continue to run like that in upcoming games.”

Hillsboro put up 531 yards on offense over 52 plays with a huge 10.2 yard average. Patterson led all rushers with 272 yards on 23 attempts for an 11.8 average, and was responsible for 32 points. Bennett was next with nine carries for 88 yards, while Ray had six carries for 61 yards. Watson also had four runs for 60 yards. Ray said, “Our offense has been working hard and I’m proud of our guys for going out there and putting points on the board every week.”

Defensively, Mason White had 7.5 tackles with five solos. Bennet had seven tackles and also five solos. Zach McNees had 6 tackles, four of which were solos. Sucharski mentioned, “Defensively we have to improve our run fits, and cut down on the pass interference calls.”

Hillsboro will host their next game on Friday 10/6 against St. Francis Borgia in a non-conference match up. “We just need to be more disciplined and do our jobs correctly and we should not have a problem against Borgia,” said White. 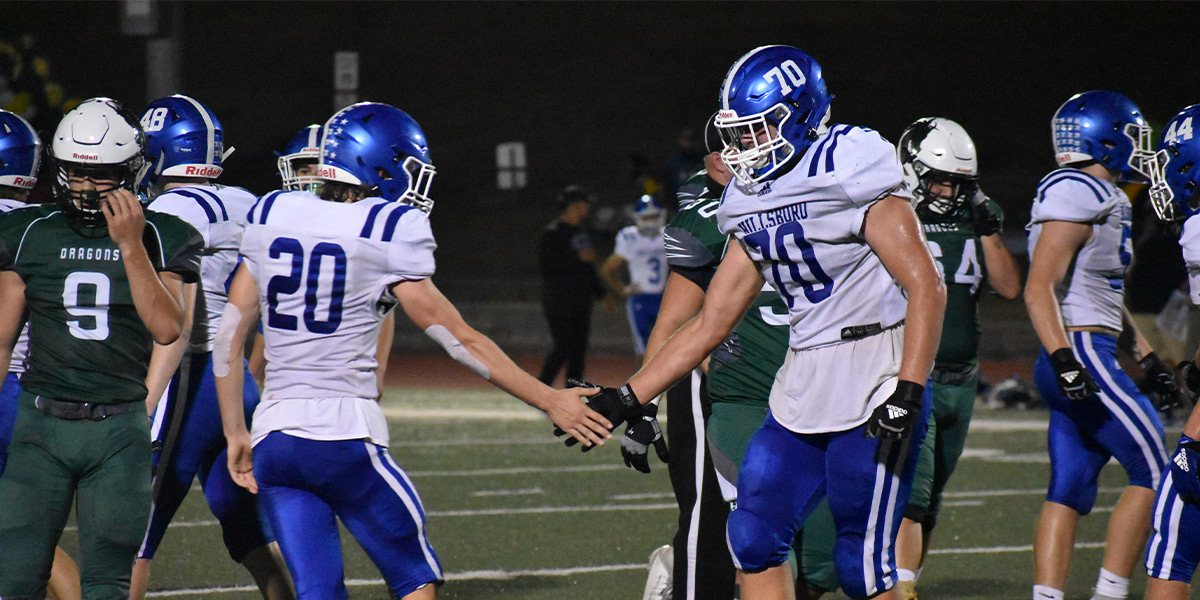