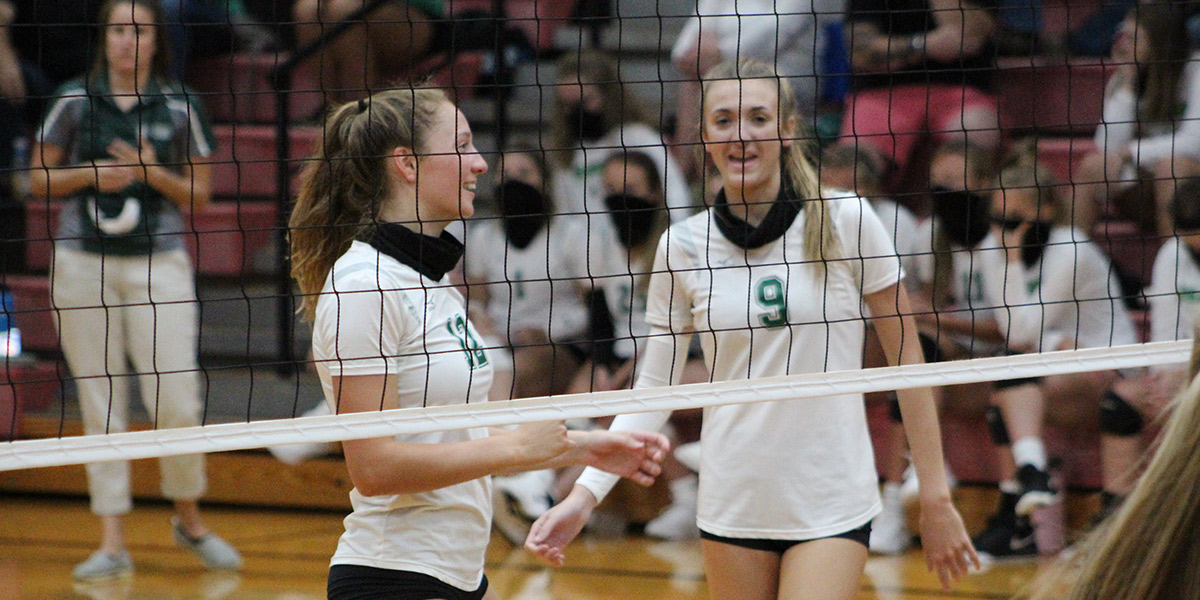 The Ste. Genevieve Dragons win their ninth game of the season after taking down the North County Knights 2-0.

The Ste. Genevieve Dragons JV volleyball team (8-2) had another chance to improve their record Tuesday night when they faced off against the North County Knights. The Dragons showed yet again why they’re one of the best teams in the league, securing a 2-0 win.

The Dragons came into Tuesday night’s game after suffering their second loss of the season to Farmington last Thursday and were looking to bounce back against North County as the season’s end continues to draw closer.

The Dragons maintained control of the first set, taking a 25-20 win. The second set was more of the same as the Dragons snagged the set 20-14 and the win 2-0.

Outside hitters Tessa Grass and Hailey Austin came in clutch for the Dragons and proved vital for the team. Grass and Austin each had seven kills (the most on the team) while Grass also provided an ace and a dig. Austin contributed a dig and an assist.

Sophomore setter Ali Byington was all over the court for the Dragons providing energy that proved to make a difference. Byington led the team in assists with nine while also providing four digs, three kills and an ace.

Devyn Basler and Lexy Parmer also proved to be essential to the Dragons. Basler had seven assists, five digs and a kill while Parmer led the Dragons in digs with 11.

With the win, the Dragons are 9-2 on the season, and with only four games left, the season will be coming to an end in only a matter of weeks. Ste. Genevieve’s next opportunity to improve their record will come Thursday night when they take on Potosi High School.