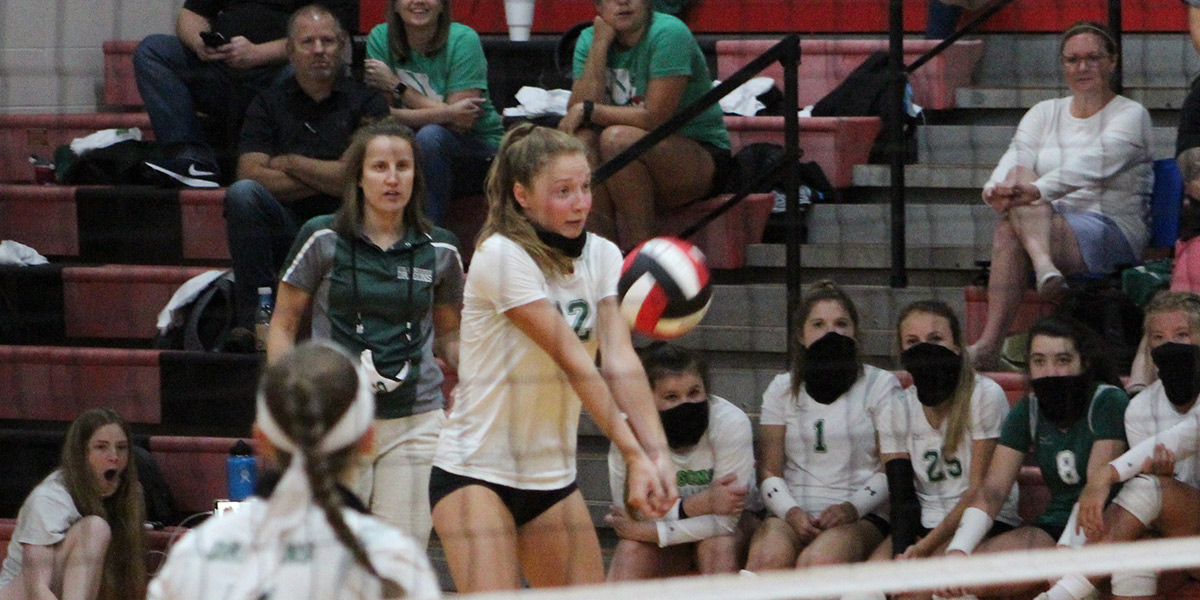 Make it five wins in a row for the Ste. Genevieve Dragons, who roll over Central with a three set sweep.

St. Genevieve picked up another impressive varsity volleyball win on Tuesday, this time against Central.

The Dragons swept the game, winning three consecutive sets on scores of 25-23, 29-25 and 25-22. Ste. Genevieve Head Coach Carla Basler said, “The girls played with a lot of heart and energy. When things weren’t going our way and we were down 10-3 in the first set the girls never quit fighting, chipping away at their lead one point at a time.

A few Dragons racked up the kills, with Dru Koetting leading with 11. Following closely behind was Abby Moore, who had 10, and both Tessa Grass and Marysa Flieg added nine. “I really can’t pick one stand out player. They all did their job.” Basler added.

Ste. Gen also scored big on kills with a total of five. Elizabeth Basler and Arie Taylor each had two, and Maci Reynolds had one.

Brittney Kreitler also helped her team to victory and led the Dragons with 20 assists. Pleased with the performance, Basler noted, “Brittney did a fantastic job of moving the ball around and utilizing a variety of hitters. The team’s hustle to never give up on a ball helped us to gain some momentum as well.”

Defensively Ste. Gen had a strong showing, coming up big with 12 blocks. AJ Prudent and Moore each had five blocks, while Grass and Flieg had one a piece. Basler commented, “Defensively, Maci, Maya Watts, Liz, and Arie passed well off of serve receive and put themselves in good defensive positions. Dru, Abby, Marysa, and Tessa got several great swings in. AJ helped put up great blocks over and over again. ”