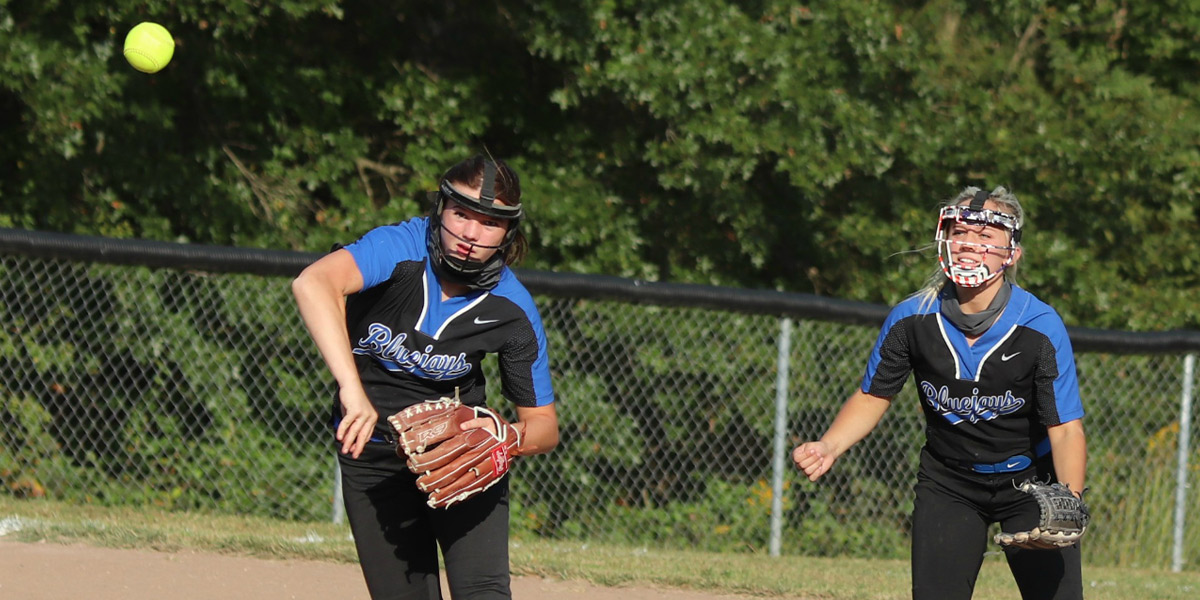 The Jefferson R-7 Blue Jays suffered a hard loss against Northwest 14-2 on Friday.

The Jefferson R-7 Blue Jays couldn’t muster a hit and suffered a hard loss at the hands of Northwest 14-2 on Friday.

The Blue Jays were able to get on the board first in the first inning as Maggie Brunke stole third and then scored on an error by the shortstop. Chloe Vaughn grounded out to the first basemen, but thankfully Cami Menke was able to score on the play giving Jefferson an early 2-0 lead.  All without a hit.  Sadly that trend would continue.

From there the Blue Jays lost a handle on the game. Northwest immediately stole the lead and scored four runs in the bottom of the first inning. Errors and passed balls plagued the Blue Jays, leading to seven unearned runs, and their own mistakes resulted in frustration.

“We can talk more on the field because sometimes I hear zero communication,” Megan Payne said. “We need to hit more and get the runners in because that kills us. It’s just the basic things we need right now.”

Northwest scored six more runs in the second, two in the third and two in the fourth. Jefferson lost 14-2.

“My team has had to make a lot of adjustments over the past few games,” Catryn Cattoor said. “We’re starting to figure out what works and what needs to improve, but Northwest played a very good game. They had a lot of key hits and never took their foot off the gas.”

Payne started the game for Jefferson. She threw 56 pitches through one and two thirds innings, allowed nine runs and walked four batters. Menke came into the game in relief. She pitched two and one thirds innings, threw 40 pitches, allowed five runs and had one strike out.

This was Jefferson’s second blowout loss in a row and brought its record to 5-3. The Blue Jays will look to get back on track against Thomas W Kelly High School Monday, Sep. 21.