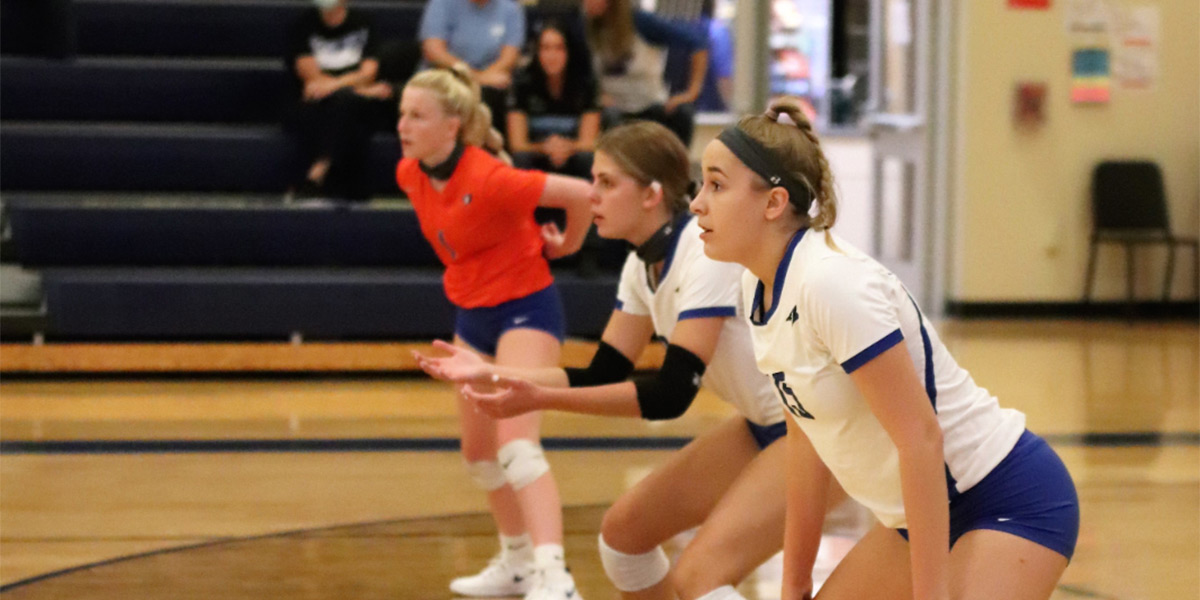 Even for those with youth on their side, 3 games in 3 days in any sport is no simple task. It’s even more difficult when your senior captain and starter, Laney Smith, has yet to officially touch the court.

Even for those with youth on their side, 3 games in 3 days in any sport is no simple task. It’s even more difficult when your senior captain and starter, Laney Smith, has yet to officially touch the court. Adding to the drama, the Blue Jays had also disappointingly started the season 0-2 with homes losses to Seckman and Sainte Genevieve High Schools making this series of games incredibly critical to getting this season back on track.

On Tuesday, the Blue Jays were able to get in the win column with a convincing victory versus Kingston High. The sets went 25-12 and 25-14 as Jefferson cruised to victory. Kirstyn Loyd was particularly impressive as the leader in assists (10), kills (6) and aces (5). Ava Roth, the team’s defensive specialist, was incredibly effective at keeping the ball in play with 9 digs.

Wednesday proved to be another fruitful evening as the Blue Jays continued their winning ways by narrowly beating the Desoto Dragons in 2 sets by a score of 25-21 and 25-18. Ava Roth continued to be an incredible libero with a team high 16 digs along with 13 serve receptions. Kirstyn Loyd and Payton Siebert were fantastic at the net with 7 and 6 kills, respectively. Coach Tara Fish was incredibly pleased with the effort saying, “The girls pushed and worked hard together. Payton (Siebert) played very aggressive at the net getting her hands on a ton of volleyballs and Ava (Roth) was dynamite in her defense…We continue to grow which is what we want to see happen”.

The last of the 3 in 3 came Thursday against an incredibly tough opponent in the Valle Catholic Warriors and resulted with the Blue Jays first 3 set match of the season. Set one went to the Warriors in a tight 25-20 victory. Set two went to the Blue Jays 25-17 with the final set resulting in an incredibly well fought 25-23 set that eventually saw the Warriors prevail. Ava Roth continued to be unbelievable on defense with 16 digs and 24 service receptions while even being the top kill getter with 8. Kirstyn Loyd continued to rack up the assists and aces. Coach Fish recognized how resilient her girls were in this brutal span of games. “Valle is always a tough strong team.  Our girls worked hard and we saw lots of good things.  Having 2 away games the night before another away game with the added 3 out of 5 sets was a lot to take in this week.  BUT we are really just glad to be playing.  I continue to look forward to the growth of this young team along with the leadership and strength from our upperclassmen”.