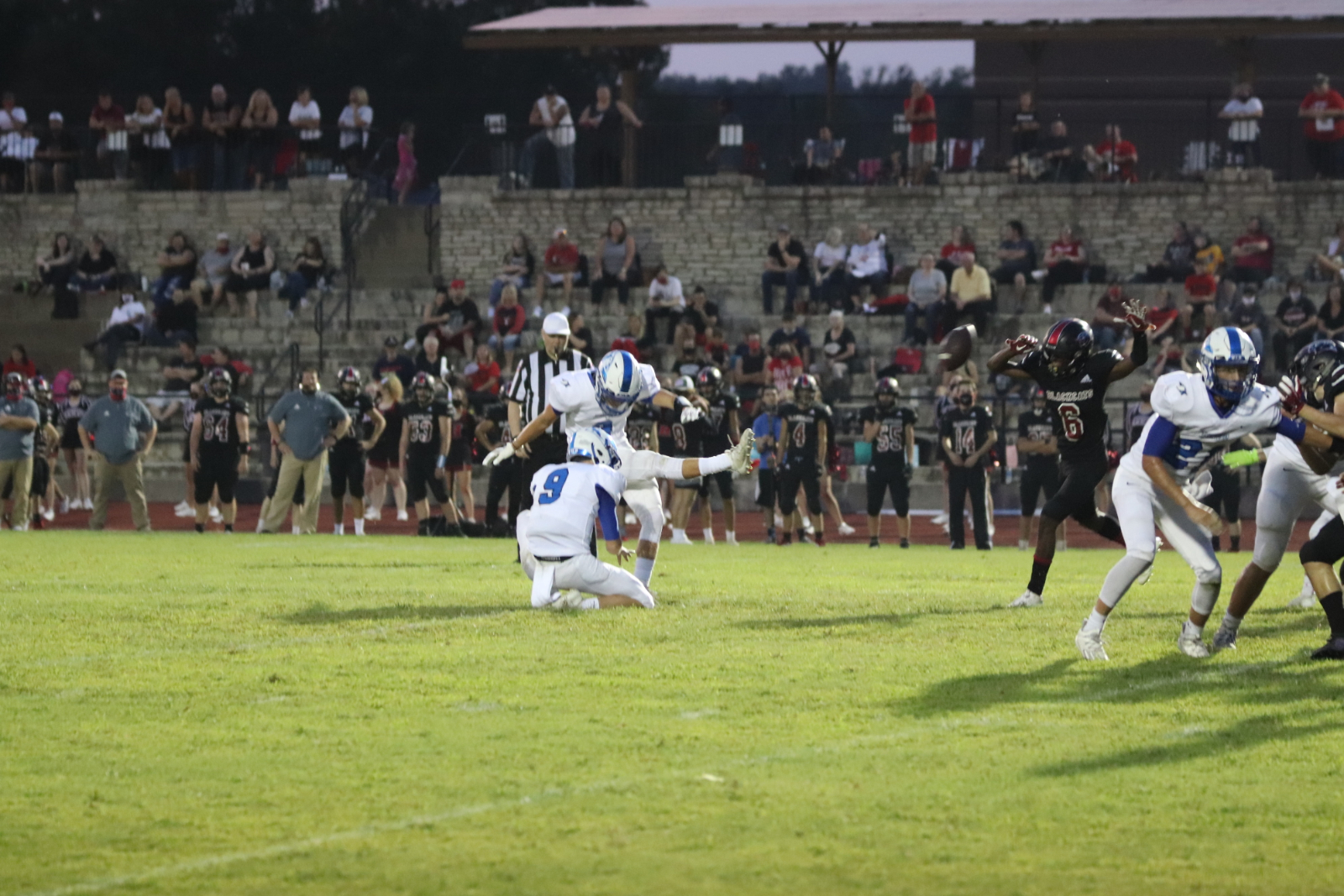 The Jefferson R7 Blue Jays went bananas on the Herculaneum Black Cats on Friday, rolling to a 54-0 victory. Twenty-seven first quarter points were more than enough to vault the Jays back to a winning record.

The Jefferson R7 Blue Jays went bananas on the Herculaneum Black Cats on Friday, rolling to a 54-0 victory. Twenty-seven first quarter points were more than enough to vault the Jays back to a winning record. 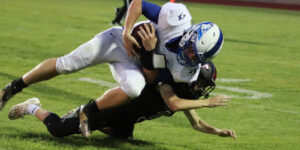 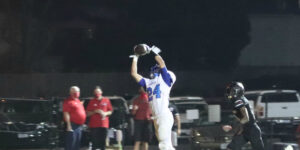 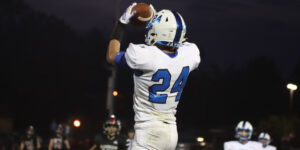 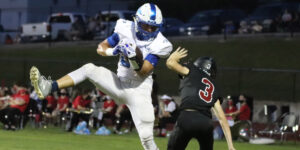 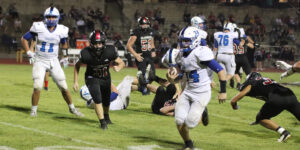 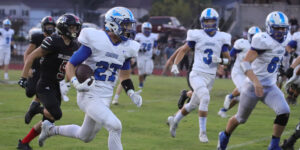 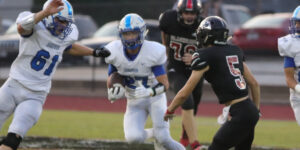 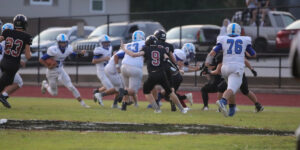 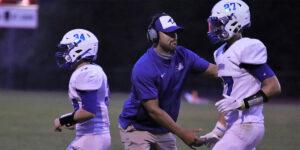 Senior running back Dylan Schnitzler went off, rushing for 128 yards and four touchdowns on just nine carries and was part of the initial melee that resulted in 47 points before halftime. “The line did a great job last night. With them blocking well enough to let me get into open space all I had to do was make people miss and that’s what I did.”

And then there were the Breeze brothers. Quarterback Drew Breeze (no relation to the future NFL Hall Of Famer) went a perfect 4-for-4 passing for 86 yards with a pair of TDs, and game-managed the blowout with veteran expertise. When asked how he navigated the game plan Breeze calmly quipped, “We were really balanced running and throwing the ball. We had some really good plays for us and we stuck with them. Dylan destroyed the running game, while Colby (Ott) allowed me to air it out for two touchdowns.”

Three touchdowns by Ott (one rushing and two receiving), four by Schnitzler and a bookmark by Colton Richardson made up 50 of the 54 points for the Blue Jays. Kicker and defensive specialist Will Breeze took care of the rest. After converting four PATs he also wrangled an interception, helping Dawson Jakoubek (5 tackles, 5 assists) and Ethan Boyer (6 tackles) pitch the shutout.

When asked about his team’s performance, Head Coach Alex Rouggly doted on his boys. “The week of preparation that our kids had, starting on Labor Day, you could sense the urgency that they were practicing with.  We had a great week of preparation, which led to a great outcome against Herculaneum.  We had some key kids back who missed last week and it was extremely apparent the type of team that we can be when we are at full health.  Our kids came out of the gates tonight and played 48 minutes of very quality football.”

The surging Blue Jays will square off against a very good St. Pius X Football team this Friday and look to build on their blowout win. 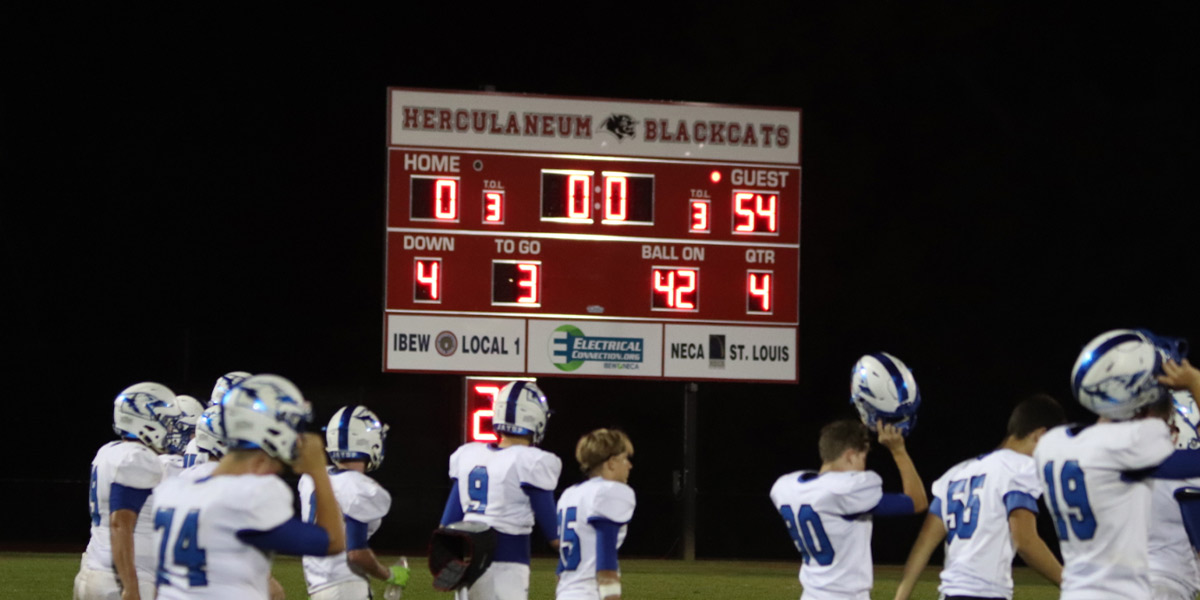 All photos courtesy of Jerrianne Wallace