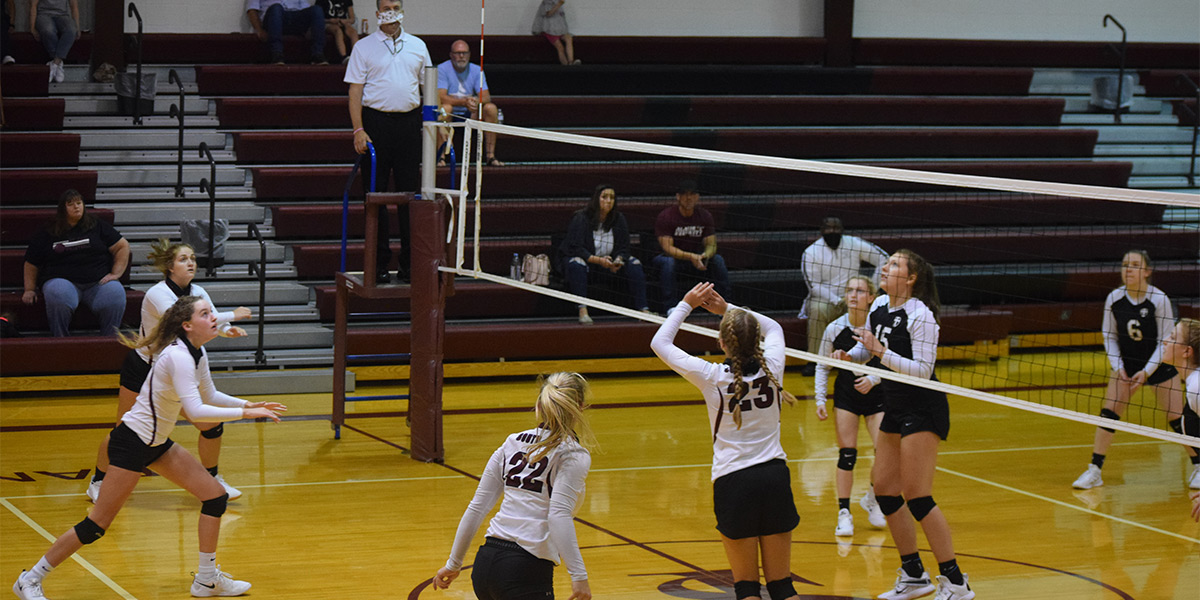 For the first of the Panthers’ two home games, they took on St. Paul in a five set match.

The Panthers jumped out of the gate hot and took the first set 25-16. The second set was tightly contested, but the Panthers were able to come out on top, 25-21.

“St. Paul is a scrappy team,” said head coach Adrian D’amico. “They were able to keep a lot of balls in play which allowed for longer rallies.”

Despite the scrappy effort, the Panthers won the third 25-17 and took down St. Paul in straight sets. 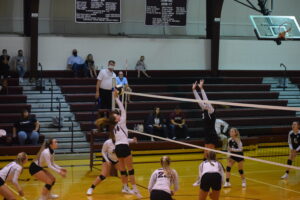 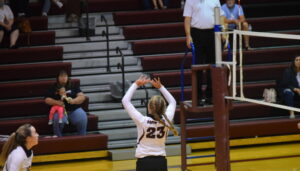 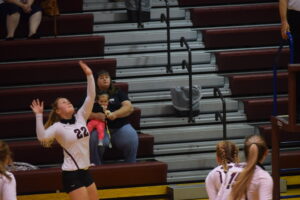 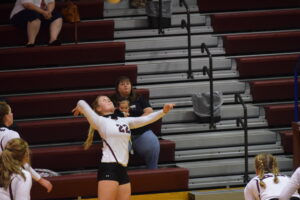 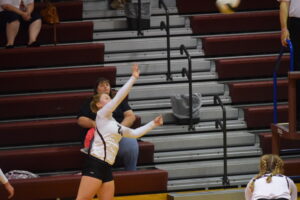 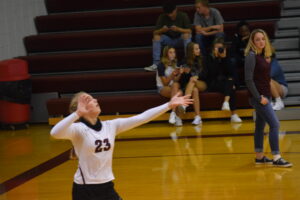 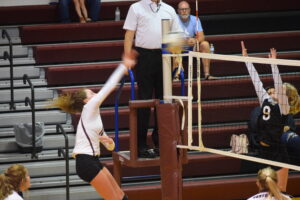 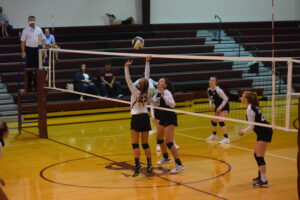 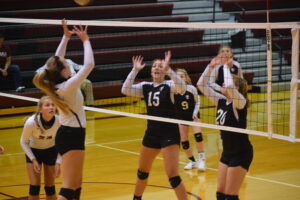 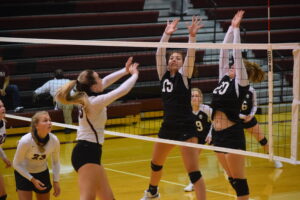 “Our girls were able to hit some aggressive balls that made St. Paul play out of system and return some free balls,” D’amico said. “We were able to capitalize on those free balls and put the ball down.”

“We had multiple hitters recording kills. The girls did a great job of bouncing back after a loss of point and working together to secure the next point,” D’amico said. “They are pretty fun to watch and they get excited for each other.”

Freshman Enzley Dinkins led the team with 26 assists and also contributed seven kills and one ace. Gayle was second in assists with 19 and had an ace of her own.

South Iron did its best to carry the momentum from the win into another five set match against Fredericktown. The Panthers again started hot and quickly grabbed the first two sets to take a 2-0 lead.

Fredericktown was able to flip momentum in the third set and put South Iron into an early hole.

“In the third set Fredericktown switched up their lineup… We struggled to receive and their middle hit some big balls,” D’amico said. “We were down 2-11 at one point. As a team, the girls dug in together and were able to fight back.”

The Panthers dropped the third set 25-22. Fredericktown showed that they were not going away easily and dominated the fourth set 25-16 to force a game-deciding fifth set. 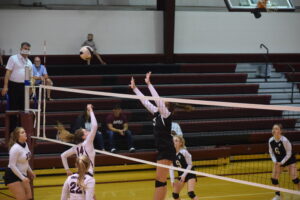 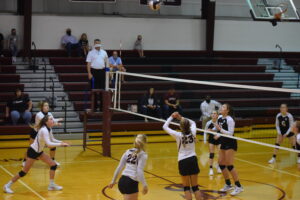 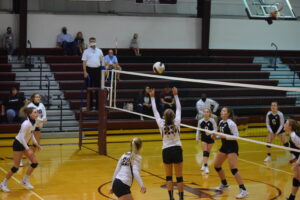 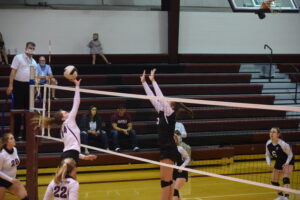 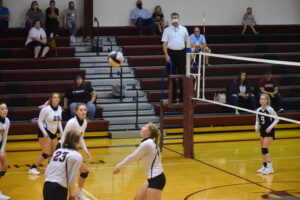 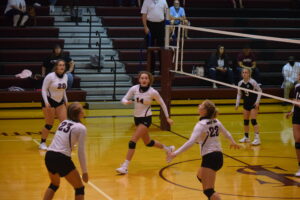 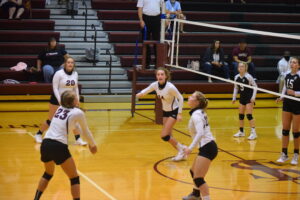 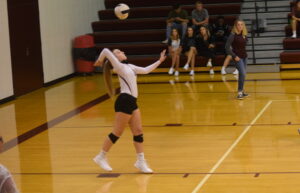 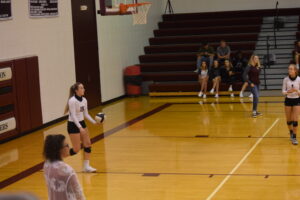 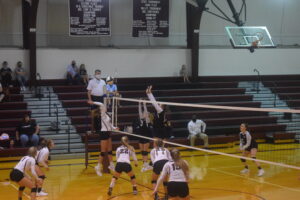 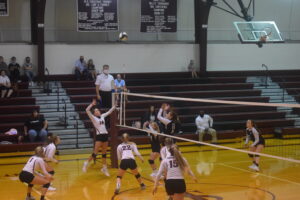 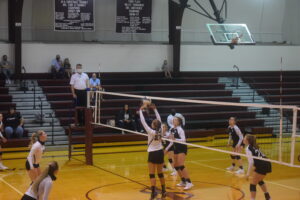 “The fourth set we played a little timid and you can’t do that against tough teams,” D’amico said. “We didn’t attack as much as we needed and Fredericktown used that to their advantage.”

After surrendering its 2-0 lead the Panthers captured the momentum back and won the fifth set 25-18 to stay undefeated on the season.

“This game told me about my team was we never gave up even through tough times,” Ayers said after the win.

Gayle and Ayers led the Panthers in kills with 16 each. Dinkins and Gayle led the team with 44 combined assists and each contributed a block. Junior Megan Lashley served seven aces.

“We came out strong and determined to win and that’s exactly what we did,” Bennett said. “Fredericktown definitely put up a good fight… As a team, I think we have gotten stronger and more forceful. We kept our heads up in tough situations and we persevered.”

After a 3-0 start, all of South Iron is encouraged about the future.

“Fredericktown was a very strong team who came to compete,” Lashley said. “We have goals set for our team this year and tonight’s game showed how hard we are willing to work to achieve those goals.” 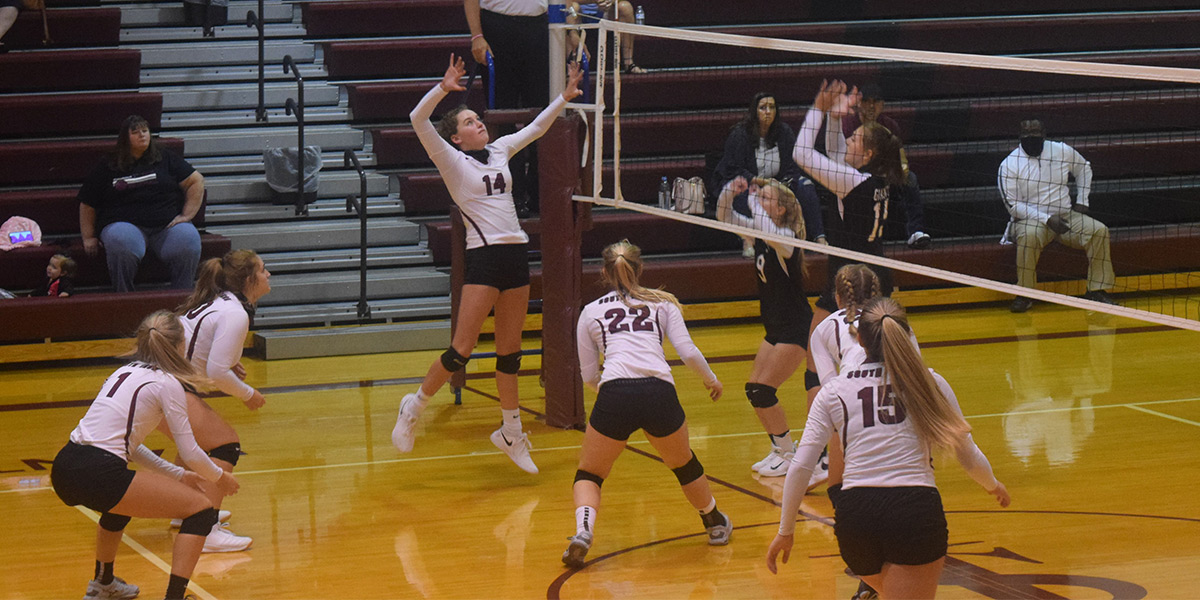