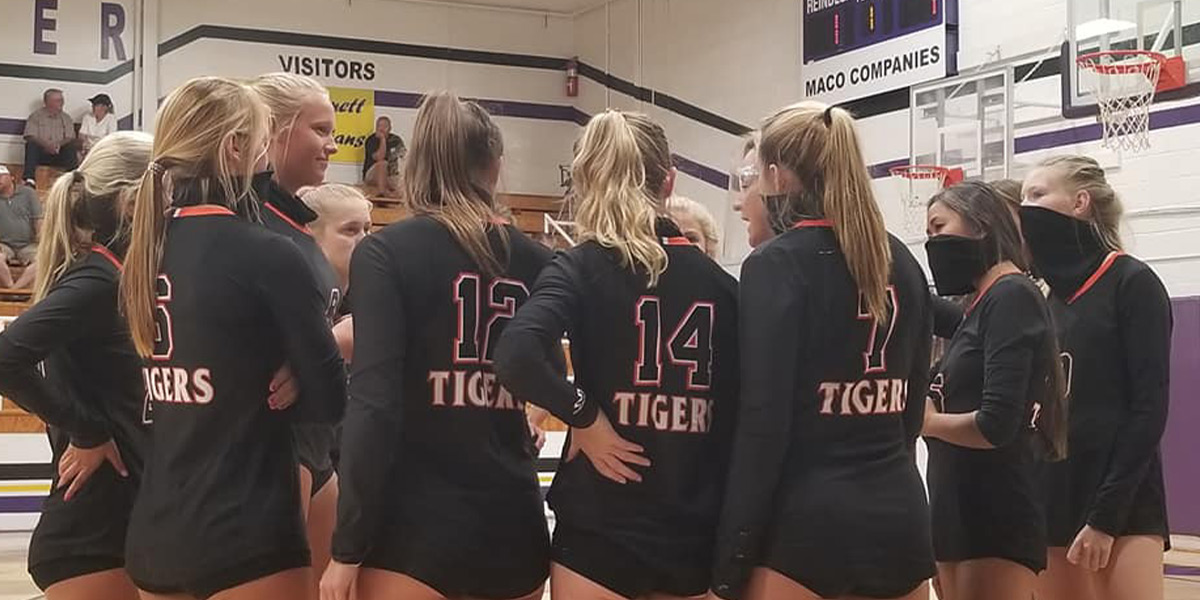 The Cape Central volleyball season will open with a lot of familiar faces on the court, but a new one on the sideline.  Haley Silman begins her tenure with the Tigers with an impressive resume to show for her previous hard work.  She coached at Scott City for four years, earning a state championship and a second-place state finish.  She also spent three years at Bloomfield where her team won a district title each year.

As she molds her first team at Cape Central, she can guarantee a couple of things.  “We will work hard and have fun,” she noted.  “I’m defensive minded, so I hope my teams reflect good passing and serve receive.  We also should have good attitudes and work ethic.” 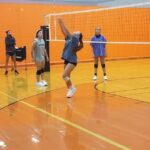 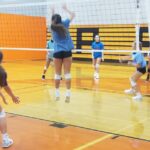 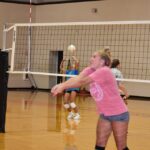 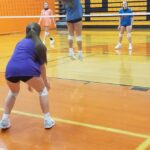 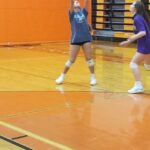 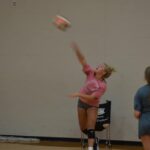 Last year’s CHS squad won 20 games, going 20-12-2.  There were critical losses to graduation as Morgan Hessenkemper, Olivia Hukel, Karley Thomas, Marissa Lanzotti, and Abby Boxdorfer have departed.  That leaves just two letter-winners returning in Ella Vogel and Emily Spinner, but the Tigers have the potential to be very good this season.

“This is a great group of girls,” Silman pointed out.  “They’re always positive and very supportive of each other.  They’re vocal, and they work hard.”

A lot of the team’s possibilities will center around the junior Vogel.  Vogel had an outstanding 2019 being named first team all-district, first team all-conference, and SEMO Conference North Hitter-of-the-Year.  The six-foot junior middle hitter draws praise from her new coach.  “Ella is a great athlete, and she can put the ball down from anywhere,” Silman said.  Vogel will benefit from Spinner’s experience as a veteran setter.  “Emily has beautiful hands,” Coach Silman remarked.  “She is so quick and reads the floor well.”

Coach Silman will depend on two other athletes with experience to anchor the team both offensively and defensively.  “Malayna McAllister is a great defensive player, who is not afraid to hit the floor,” Silman stated.  “And Libby Ogburn has varsity experience and can jump well and serve.”

Silman also mentioned that Ava Nelson will be a great all-around player this season.  She also noted that freshman Madison Phelps will be a big force at the net for CHS.

The Tigers, according to Coach Silman, will have to become more confident with their passing this season, but with the expectation of working hard and coming ready to play every single day, the head coach believes the team can have a successful season.

The 2020 edition of the Tigers will make their debut September 1 at home against Sikeston.  The complete CHS volleyball schedule can be found here:  Cape Central 2020 Girls Volleyball Schedule