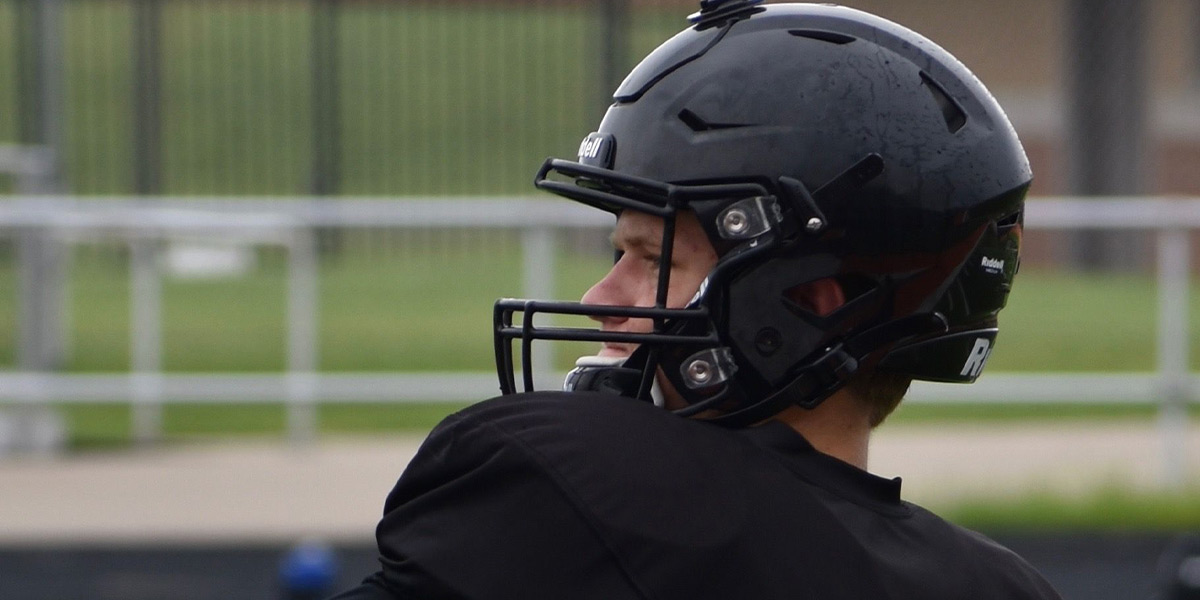 Cape Girardeau Central High School made a statement in their opening game on Friday, trouncing the St. Charles West Warriors 42-14.  With 431 total yards of offense and six TDs, they looked like a well-oiled machine.

Cape Girardeau Central High School made a statement in their opening game on Friday, trouncing the St. Charles West Warriors 42-14.  With 431 total yards of offense and six TDs, they looked like a well-oiled machine.

Seven different receivers each caught at least one pass and eight different players contributed to the team’s 32 rushing attempts.  When asked if a balanced attack and spreading the ball around was the key to their success Coach Gibbs responded, “We feel like we need to spread the ball around to several different players.  We want to run the ball with a lot of motion and misdirection stuff, play pass and RPO’s”.

The Tigers started off with a bang, picking up the first three scores of the game and led 21-7 at the half.  Cameren Walley and Tyray Jackson each found paydirt on 6 and 22-yd runs, respectively, and QB Morgan Diamond hooked up with WR Damione Edwards for a 34-yard strike. Diamond, who was 10-12 for 140 yards through the air and also rushed for a score, expressed optimism over his team’s performance.  “It felt really good to get back on the field tonight.  We came into the game a little antsy, but I think everyone was just ready to play.  We had a good game, but we still need to clean a lot up.  Everyone did their job tonight (and) that’s why we were successful.”

Walley was confident in his team’s performance as well, saying, “We played a really great game. Of course we had some mistakes, but that comes with every game (especially the first). It felt really good.”

The Tigers pounded the ball into the endzone three more times in the third quarter to run away with it as Jackson got his second score, the aforementioned TD by Diamond and Junior DE/TE Cam Harris got in on the action with a 15-yard tally of his own.

After the third quarter the offense took their foot off the gas a bit, but the defense was solid throughout, allowing just 14 points while snatching two picks and holding the Warriors to just 259 total yards and only 10 first downs.  The Tigers D had a pair of sacks as well.

A solid effort across the board for their first win has the Tigers feeling confident… but not cocky.  They know that no performance is perfect and there is still work ahead of them.  After his 81-yard rushing performance, Harris had this to say, “I thought the team played pretty well minus all of the penalties. Offense got going really well and our defense played well. It was really nice to get back on the field after everything that has happened these past couple of months and to get out there with those guys and do what we did tonight was amazing.  Now we have to get ready for next week’s game.”

Next week is here… and that game is a showdown with 0-2 Hillsboro at 7:00 Friday night.