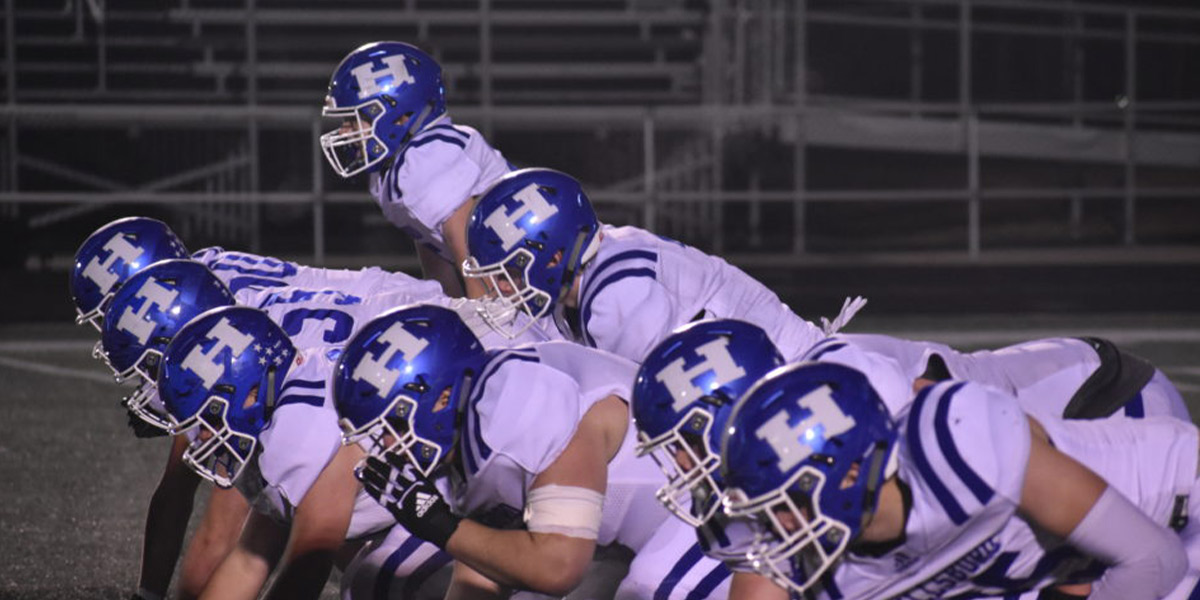 Hillsboro’s new head coach is a familiar face that has a lot of weapons at his disposal for the 2020 season. Head coach Bill Sucharski will stick with a lot of facets of the game that has been successful for the Hawks through the years, but fans should look for some surprises as well.

As new Hillsboro head football coach Bill Sucharski places his fingerprints on the 2020 version of the Hawks, he’ll do so with 16 returning letter-winners that have a lot of football under their collective belts.  After finishing 4-7 last season, but winning a playoff game late in the year, prospects look good for continued improvement. 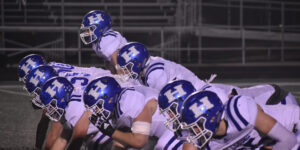 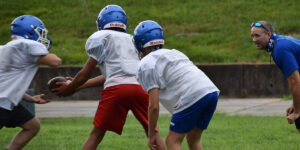 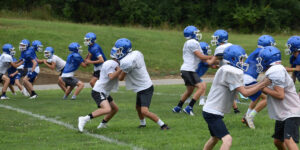 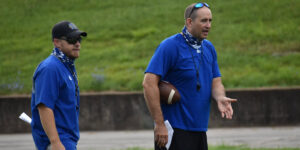 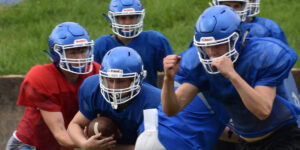 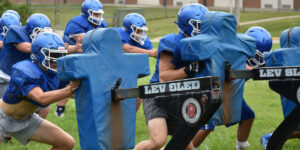 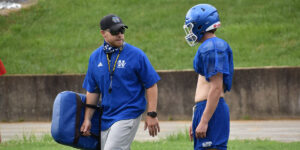 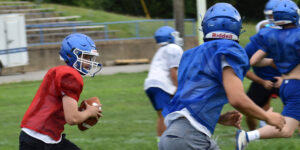 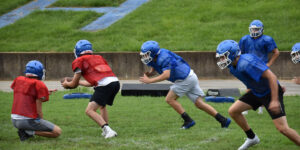 “My expectations for this season will be for this team to get better and better every week,” Sucharski mentioned.  “I expect our team to be physical and run the ball well on offense, and be a hard-nosed defensive team.  Although we return a lot of players with experience, we are still a relatively young football team.  We only have 13 seniors, but a large junior, sophomore, and freshman class has improved our overall numbers.  If this team continues to work hard this preseason, we should put ourselves in great shape to be a good, competitive football team.”

The team has three returning first team all-conference performers that they’ll build around.  Senior Zach McNees is a defensive lineman that Sucharski believes will impact games.  “Zach has a relentless motor and plays with a nasty streak,” Sucharski noted.  “He’s an ultra-competitive player who will be counted on as a team leader on defense.”  McNees led the Hawks with 34 tackles and five sacks in 2019.

Another first-teamer is junior Jordan Jarvis who will anchor the offensive line.  Jarvis, who had a fine sophomore wrestling season as well, will be a force on both sides of the ball.  “Jordan is a big kid who really has transformed himself into a great player for us,” Sucharski said.  “He started every game last year at left tackle as a sophomore, and looks great going into this year.  Jordan also got snaps on defense, and he made some great plays for us last year on that side of the ball.  I expect Jordan to have a great year for us.”

The third first-teamer is coming off a tremendous freshman season where he accounted for 1367 yards and 14 touchdowns.  Running back Jaxin Patterson toted the ball 272 times in 2019, and will be looked upon to carry the load again this season.  “Jaxin led our team in rushing and will be looked upon this year as another leader on offense and defense,” Sucharski pointed out.  “Jaxin is a tough kid who loves contact and does not back down to any challenge.  Dedicated in the weight room, Jaxin will be looked upon to have another outstanding season.”

Losing just seven letter-winners to graduation, the Hawks have athletes that won’t sneak up on opponents.  Coach Sucharski can mention a number of athletes that can change a game at any point, and it’s sure that opposing scouting reports will reflect that.  “Tristan Jones is a long, rangy athlete who plays WR/DB for us,” the head coach said.  “He is skilled at going up for the ball and has a knack for making big catches when we need them.  Elijah Rogers came on strong once the season began and became a mainstay on our offensive line.  He will be looked upon to help pave the way for our running game.  Cody Smith is a relentless worker in the weight room, and one of our faster players.  He will help anchor our defense at one of the outside linebacker positions.  He has been a multi-year starter since his sophomore year, and I expect a big senior year for Cody.  And Hunter Yaeger is another player who came on strong last year.  Along with McNees, he will help lead our defense.  Hunter is a smart player who puts himself in the right spot to make plays for us along the d-line.”

And those players are just the seniors Sucharski mentioned.  There’s so much more to the Hawks’ attack as well.  Coach Sucharski highlighted three juniors and a sophomore who are sure to make an impact.  “John Bennett was a two-way starter at FB/ILB for us last year as a sophomore.  John is a throwback type of runner, who runs straight ahead and is a load to bring down.  He plays downhill on defense for us and is expected to play a major role again this year.  Tyler Watson is a do-it-all player on offense.  Tyler will be expected to play some RB/WR on offense and anchor our defense at one of our linebacker positions.  Tyler came on towards the end of the season last year for us, and he has worked extremely hard to put him in position to have a great junior campaign.  Tyson White started at right tackle last year for us.  He is a good athlete who has a chance to play some TE/DL for us this year.  As a sophomore, he stepped up big and provided a huge lift for an inexperienced offensive line last season.  And Austin Romaine is an outstanding player who missed four or five games due to an injury last season, but he finished the season strong.  Austin is another do-it-all offensive player who can run and catch.  He would have received more touches last year had his injury not occurred.  Austin will anchor one of our running back spots on offense, and start at one of our linebacker positions on defense.  He is expected to have a big year for us on both sides of the ball.”

One player that won’t be on the field this season is Dylan Dace.  Sucharski was looking forward to the senior having a big year.  “Dylan was a 1000 yard rusher as a sophomore and missed all of last year with a knee injury.  Unfortunately, Dylan hurt his knee again this year and will miss this season.”

But depth should be strengthened by some Hawks that are just waiting for their chances.  “We have quite a few players and newcomers who I feel will contribute,” Sucharski explained.  “We have a quarterback battle between Junior Arnold (11) and Griffin Ray (10).  A few seniors who have impressed so far in camp are Max Hildebrand (WR/DB), Aidan Haggard (DB), Grant Johnson (WR/DB), Gabe King (DB), and Marcos Lopez (WR).  Two senior defensive linemen who have a chance to provide depth include Logan Blackford and Trent Halleman.”

So, what should one expect from the Hawks this season?  Sucharski knows there’s a culture of physicality at Hillsboro.  “One of our strengths here at Hillsboro has always been our ability to run the ball,” he stressed.  “We definitely need to improve our passing game, and the players have been excited to have that opportunity to throw the ball more.  We pride ourselves on playing with a physical presence on defense and will look to continue to do so on that side of the ball.  I have told our team that, win or lose, we want the other team to know that they played a tough, physical football team.”

Sucharski has been in the middle of a whirlwind since being named head coach at the end of June.  But he has things in place for the Hawks to be a major player in the conference and district this fall.  “It definitely has its challenges,” he said regarding the brief time to prepare.  “However, the other coaches who stayed on staff have helped tremendously with getting things where we want them to be.  Getting everything ordered that we needed has been a challenge in the short period of time and, of course, the situation with Covid-19 has created some uncertainty.  All in all, it has been a real joy to get this opportunity to lead these young men. Their attitude has been great, and they have gotten back to work with a relentless effort to improve each day.” 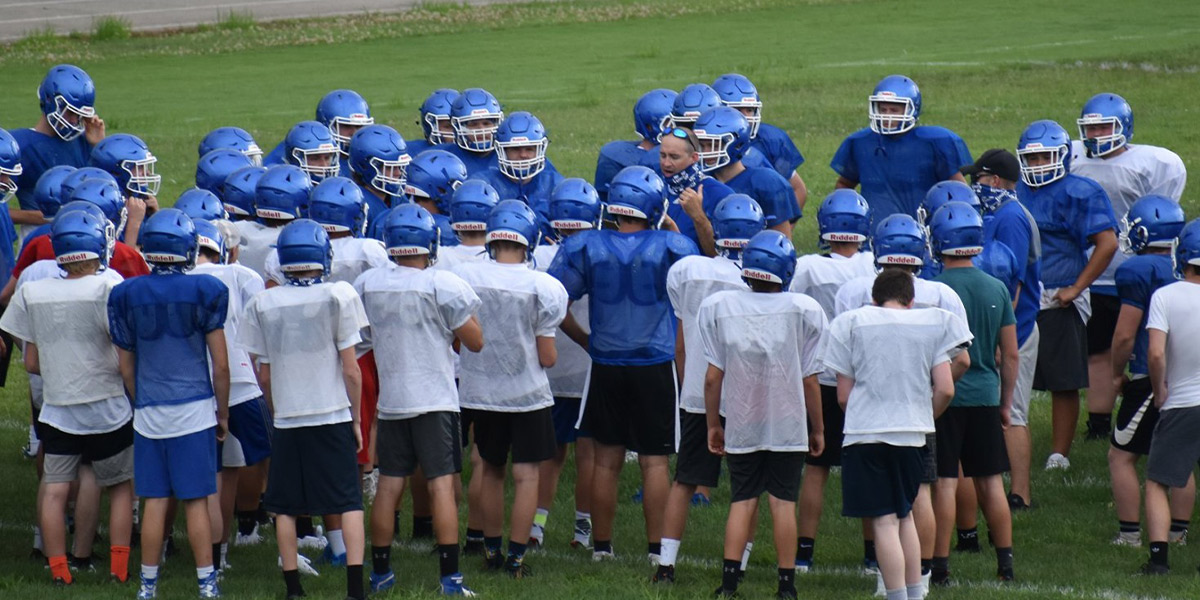 The Hawks hit the field on Friday, August 28 at Northwest where they’ll meet the Lions for a 7:00 p.m. kickoff.  For the entire schedule, follow this link:  2020 Hillsboro Football Schedule