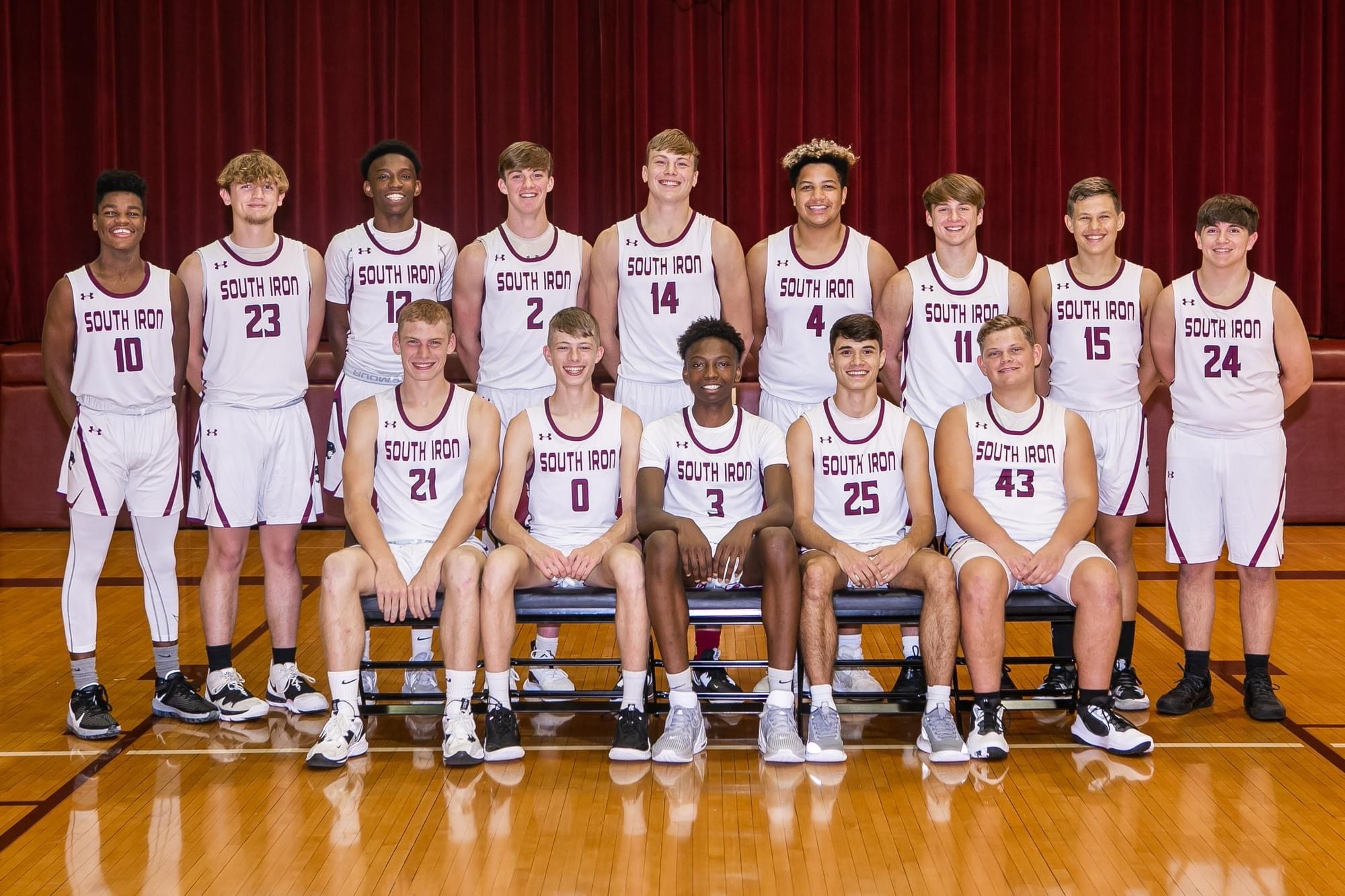 The South Iron Panthers look to follow up back-to-back State Championships with a three-peat in 2022-23.

How do you go up from here?

The South Iron Panthers Boys Basketball team has won back-to-back State Championships under Head Coach Dusty Dinkins, and are so adept at proving a tiny town can produce the best basketball in the state, that it’s almost become old hat.

This year won’t be quite as easy though, as the Panthers graduated their three top starters from last year’s championship team. Still, even without Drenin Dinkins, DJ Prater and Champ McMurry, they have a solid roster and will have a three-peat in mind for the 2022-23 season.

Trust in their Head Coach will go a long way though, as Dusty Dinkins embarks on his 20th season with South Iron. All he did last year was finish with a record of 28-4, win the AV Thanksgiving Tourney, the Park Hills Christmas Tourney, the Black River League Conference Regular Season and have his boys become Tourney Champions, District Champions and Class 1 State Champions.

That kind of production is nothing to shake a stick at.

When asked about this year’s team, Coach Dinkins gushed about his boys, but knows that there is a lot of work to be done. “We are expecting this year’s team to be very competitive.  We have several players that are long and athletic. Our level of success will largely be determined upon daily effort, attitude and focus towards the team-building details. Working hard for each other and with each other is necessary for us to reach our ceiling. We are excited about our team and the opportunities this season will bring. Our aspirations are to continually improve throughout the season and hopefully be in a position to make another deep postseason run!”

That certainly seems possible with five Seniors and four Juniors on the roster, and a handful of underclassmen who should make an impact as well. Here is a breakdown of this year’s squad:

JerMartez Burse 6’2 – Martez is very athletic and has grown since last year. He has improved his strength level and skill sets this past off season and we expect him to help our team in many different ways. Martez has the ability to shoot from distance and get by defenders. His contributions on both ends of the floor will be vital for our team’s success.

Kolton Dinkins 5’11 –  Kolton has great athleticism and a high-level motor. His relentless effort on the defensive side of the ball and positive, team-first mentality are huge assets for our team. He has also improved in his offensive capabilities which will make our team much improved.

Gabe Ruble 6’3 – Gabe is another player who has grown and improved his strength level since last season. Gabe’s 3-pt shooting last year was important for us in several games and we expect the same this year. We are excited to see his improvements enable him to have more impacts at the Varsity level this season.

Elye Krueger 6’2 – Elye brings a physical presence to the interior of our defense and is very active on the glass. His offense ability continues to improve and we are looking forward to his progression. Elye is very intelligent and has a wonderful attitude.

Karl Slusher 5’10 –  Karl works extremely hard and isn’t afraid of a challenge. He brings great spirit and encouragement to our team, as well as intelligence that helps in many ways. We enjoy his fearlessness and willingness to do whatever is needed for our team to be the best it can be.

Will Malone 6’0 –  Will is another athlete that works extremely hard and makes many positive plays for our team through his relentless effort and energy. His defense and instincts will be vital to our success.

JerMarquis Burse 6’1 –  Marquis has grown close to three inches since last season and has improved in many areas. He has the ability to be an important asset on defense, as well as offense. We look forward to seeing him continue to work and make big impacts for our team this year.

Hunter Huff 6’3 –  Hunter has gotten much stronger over the summer and will bring much needed defense and rebounding to our team. He is an excellent rebounder and eager to help his team wherever he can. His presence around the basket on both ends of the floor will prove valuable for our team this year.

Ray Morrissey 5’ 8 –  Ray has shown continued improvements over the past two years. He has a great shooting touch and the ability to create off the dribble. His defense and quickness has improved and we are excited to see him bring those attributes to our team this year.

Sawyer Huff 6’1 –  Sawyer is a very talented athlete. He is another player that has seen improvement in many areas. Through his intelligence, strength, quickness and skill sets we expect him to have a vital role to our teams success this year.

These 4 Sophomores are working hard to improve their skill sets, strength level, and knowledge of the game. They each have unique abilities that we are hoping they continue to improve upon to be impactful players this season. They will no doubt be very important to our JV and Varsity team’s success this season!

High praise from the mouth of a State Champion Coach. With his leadership and this crop of talent, look for South Iron to make another deep run in Class 1.

Coach Dinkins touched on the JV team as well, saying, “We have a good group of Freshman and Sophomores that are talented and work hard daily. They are focused on improving and being great teammates. We are excited about their potential and look forward to seeing these young players progress towards the Varsity level.”

Sounds like it should be a great year all around in the tiny town of Annapolis, MO… where basketball is everything.