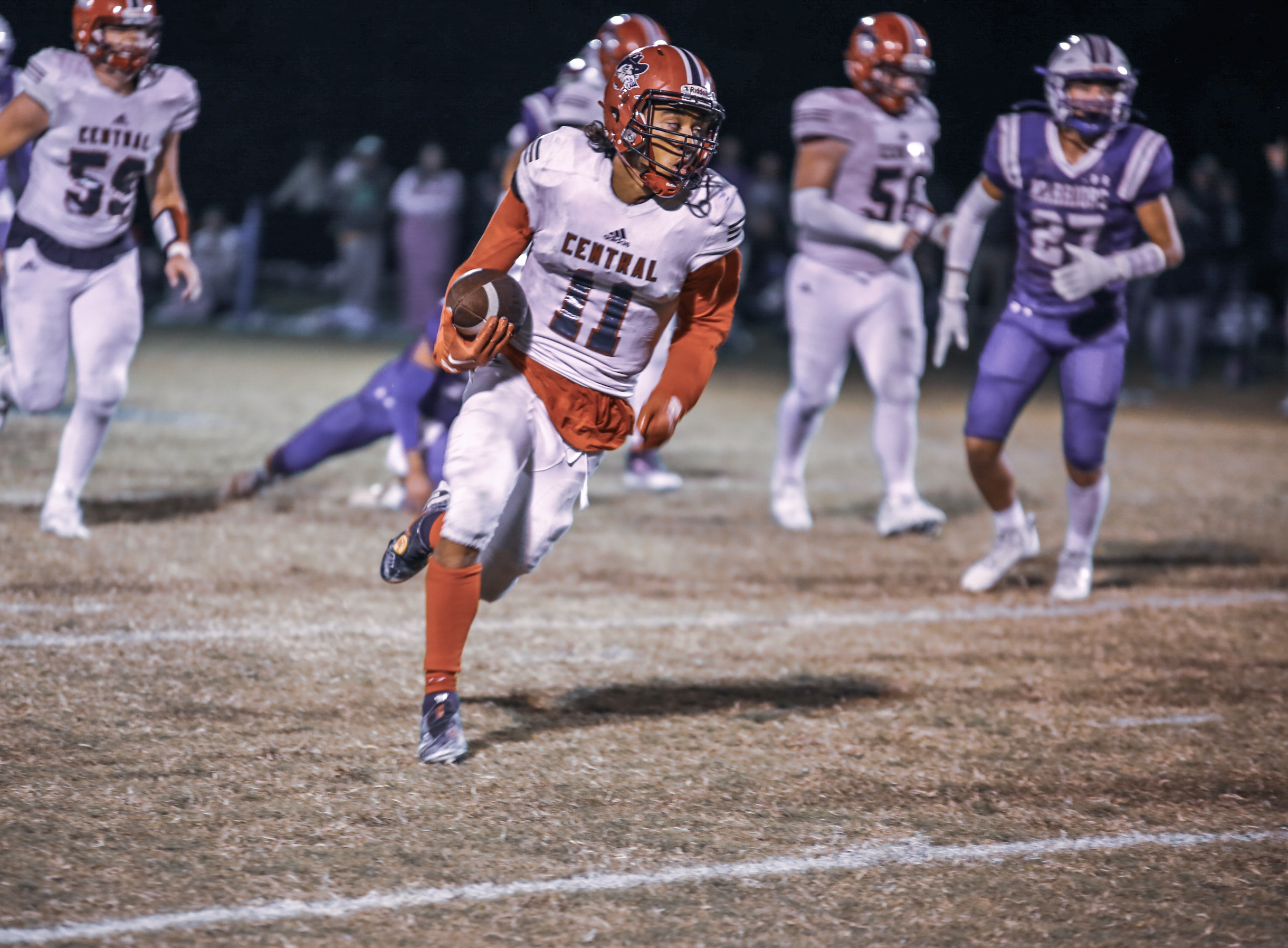 The Central Rebels host Cardinal Ritter on Saturday with a trip to the Class 3 State Semifinals on the line.

Park Hills Central may be going from the frying pan into the fire, as it prepares to host top ranked Cardinal Ritter in a Class 3 State Quarterfinal game on Saturday.

The Rebels captured a second straight District 1 title last week with an impressive win at Valle Catholic, the second-ranked Class 3 program. The victory avenged their only loss of the season back on September 30th.

Central is 11-1 and has steamrolled every opponent this season not named Valle. They outscore their opponents by an average of 29 points per game.

As for The Lions, they are 11-0 this season and their dominance goes beyond the perfect win-loss record. They’ve allowed just 48 points all season, including six shutouts. So far, their closest game was 26-13 on October 14th at Hillsboro (the Hawks’ only loss on the season). Ritter has seven wins over opponents with winning records, and the Lions own a victory margin of 39 points per game.

The number of elite athletes on the field in Park Hills Saturday will be off the charts.

The most versatile may be Central’s Jobe Bryant, who has scored 29 touchdowns in about every way imaginable this season. He has 13 touchdown receptions, 10 rushing scores and six from various returns on defense and special teams.

Quarterback Casen Murphy is also a multi-threat athlete who has passed for 31 touchdowns with just three interceptions. He hasn’t thrown a pick in six consecutive games. Murphy also leads the team in rushing at 674 yards with eight more touchdowns. If that’s not enough, the young man leads the defense with six interceptions.

Kannon Harlow is another touchdown producer with 12 on the season, ten of those on the receiving end of passes from Murphy. His hands work well on defense too with four interceptions. The Rebels have a remarkable 23 picks as a team.

Ty Schweiss leads a well-rounded defense with 102 total tackles and a team-best four fumble recoveries. Central has made forcing turnovers a real weapon this season with 42 total in 12 games, five of those came in the District Title game last week. They may need to utilize that ability again this weekend.

Ritter features a pair of Quarterbacks with impressively similar numbers. Carson Boyd has passed for 1,080 yard and 22 touchdowns against just two interceptions. Junior Antwon McKay has 1,179 yards passing with 12 touchdowns and three picks.

The ground game is led by Marvin Burks who has 1,231 yards and 17 scores in limited action because of the Lions’ lopsided wins. He averages 10.4 yards per attempt. Burks also has three non-offensive TD’s.

The air attack is led by Fredrick Moore who has 1,043 yards receiving and 20 touchdowns. Ryan Boyd is another major target with 797 yards and ten scores.

Defensively, a team that allows just over four points per game is led by Lawrence McConnell’s 88 total tackles. Their 19 forced turnovers are less than half the number created by the Rebels.

The offensive comparison for this match-up is worthy of the Quarterfinal round.

Both teams are used to playing big games in November. Ritter has won three consecutive District Titles and was the runner-up in Class 3 as recently as 2018. Central has won eight District Titles in the past 11 seasons.

But St. Louis area teams have been the Rebels’ kryptonite, with four losses to John Burroughs and one each to Miller Career Academy, Lutheran South and St. Mary’s in their previous seven District Championship seasons. Cardinal Ritter is the latest St. Louis area powerhouse to stand in the way of a trip to the Semifinal round.

Central will try to overcome this obstacle in front of their home fans this Saturday with the kickoff set for 1 p.m.