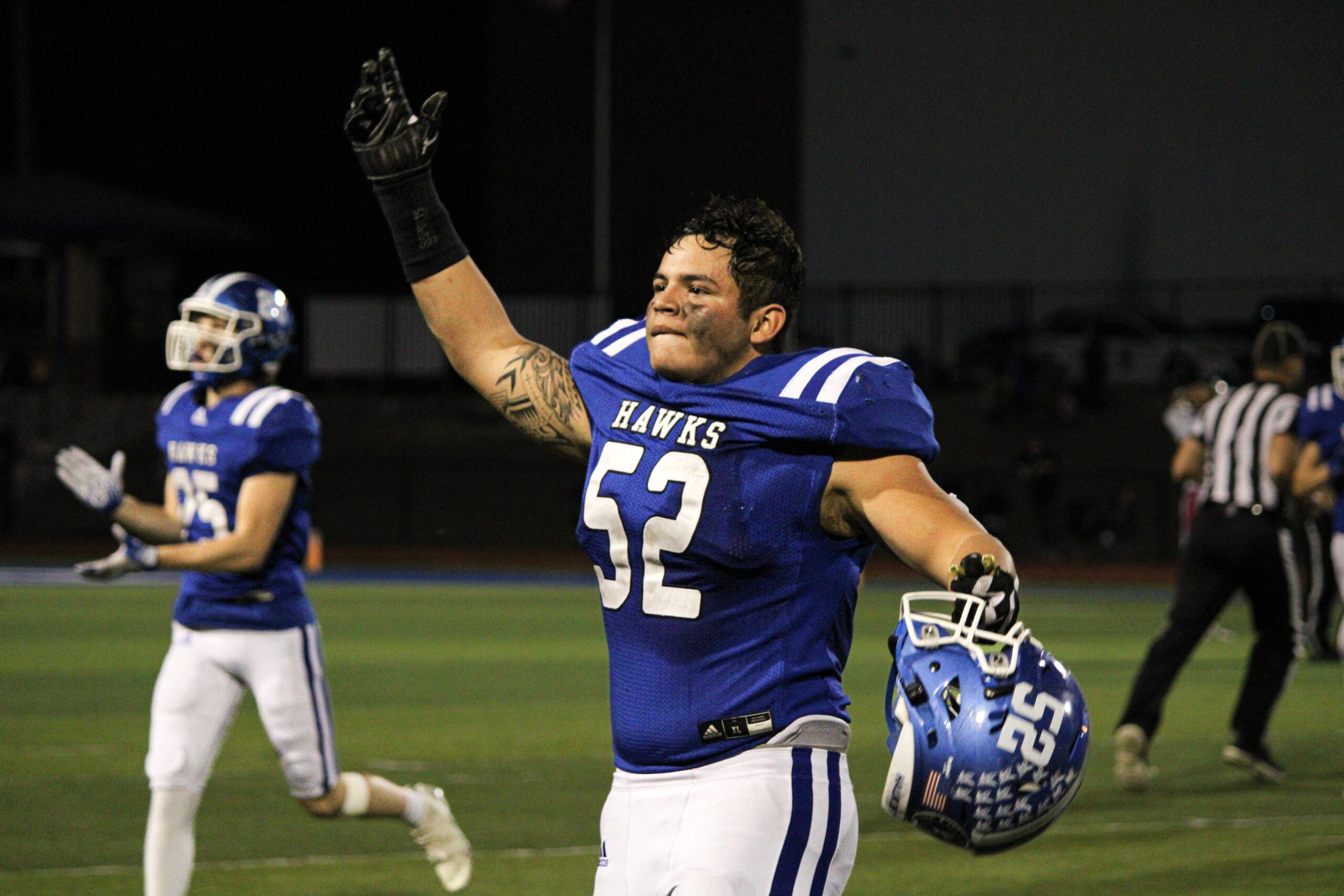 The long road of the regular season for the Hillsboro Hawks went about as well as can be expected with an 8-1 record and a Conference Championship. Fast forward to the playoffs, and all they did with the number one seed was rip through Farmington and Festus with 57-0 and 55-6 victories to win the District Title.

Now they face a talented St. Mary’s team that just made the jump from Class 3 to Class 4 in the Quarterfinal round of the State Playoffs. This is a win or go home game, as they all are the rest of the way, so the Hawks will likely do everything under the sun to keep their season alive.

Last year St. Mary’s finished second in the 3A State Title game, and knocked off the Valle Catholic Warriors to get there. All the Dragons did this season in their new Class was immediately win their Conference with a 7-2 record, gain the first seed and blow through the District round of the playoffs.

They knocked off Gateway 69-6 in their first game and then pummeled Rockwood Summit 48-3 to take down the District Championship. Now they have the “luxury” of hosting the Hawks in the first round with a State Title on the line.

Their offense starts with QB David Leonard, who has thrown for 1,264 yards and 13 TDs this season. He has almost 250 yards and a pair of scores on the ground as well, but the real story here is his accuracy. He’s been picked just one time on the season. One. And he’s completing 50% of his passes, which, in High School Football, is pretty darn good.

Arguably the most dangerous player the Dragons will trot out though is Jamal Roberts. The stud Running Back has 23 total touchdowns this season, with 20 of them coming on the ground via 1,452 rushing yards. The Hawks will need to zero in on him if they’re going to keep St. Mary’s off the board consistently.

The Dragon defense, as a whole, is efficient and effective, but it is a collaborative effort. They don’t have one true standout, but they make up for it with the sum of their parts. They’ve allowed 10 points of fewer in six of their 11 games this season.

The Hawks will combat the Dragons with their typical brand of smash-mouth football, where they run the ball down the opponent’s throat and suffocate them on defense. Austin Romaine is coming off a six-touchdown performance in the District Title game, and has amassed 19 total in limited time this season. He will likely be the catalyst on both sides of the ball as the team’s leading rusher and leading tackler this year.

He won’t be alone though. Jaxin Patterson is just shy of a 1,000-yard rushing season and has 14 scores on the ground, while Payton Brown has over 800 yards and 13 rushing TDs. And, while Hillsboro doesn’t throw much, Preston Brown stepped in at QB this season and has done a fine job. He has 759 yards through the air on just 72 attempts and has 11 touchdowns vs just one interception. Proving, when the Hawks do air it out, they have the right tools in place to do so.

Defensively, Hillsboro is a weighted blanket. Made out of concrete. They rarely bend, and almost never break. Their 17 INTs this year is laughably impressive, and has ruined several teams’ seasons along the way, but they get behind the line of scrimmage as well. As a group they have amassed 21 sacks and too many tackles for loss to count. Star back Alex Medina leads the team with 23 tackles behind the line and eight QB sacks.

This is shaping up to be a wild one. Two great offenses and one and a half great defenses should provide plenty of drama. The Hawks get the full point on defense though.

Kickoff is set for 1pm on Saturday, November 19th.