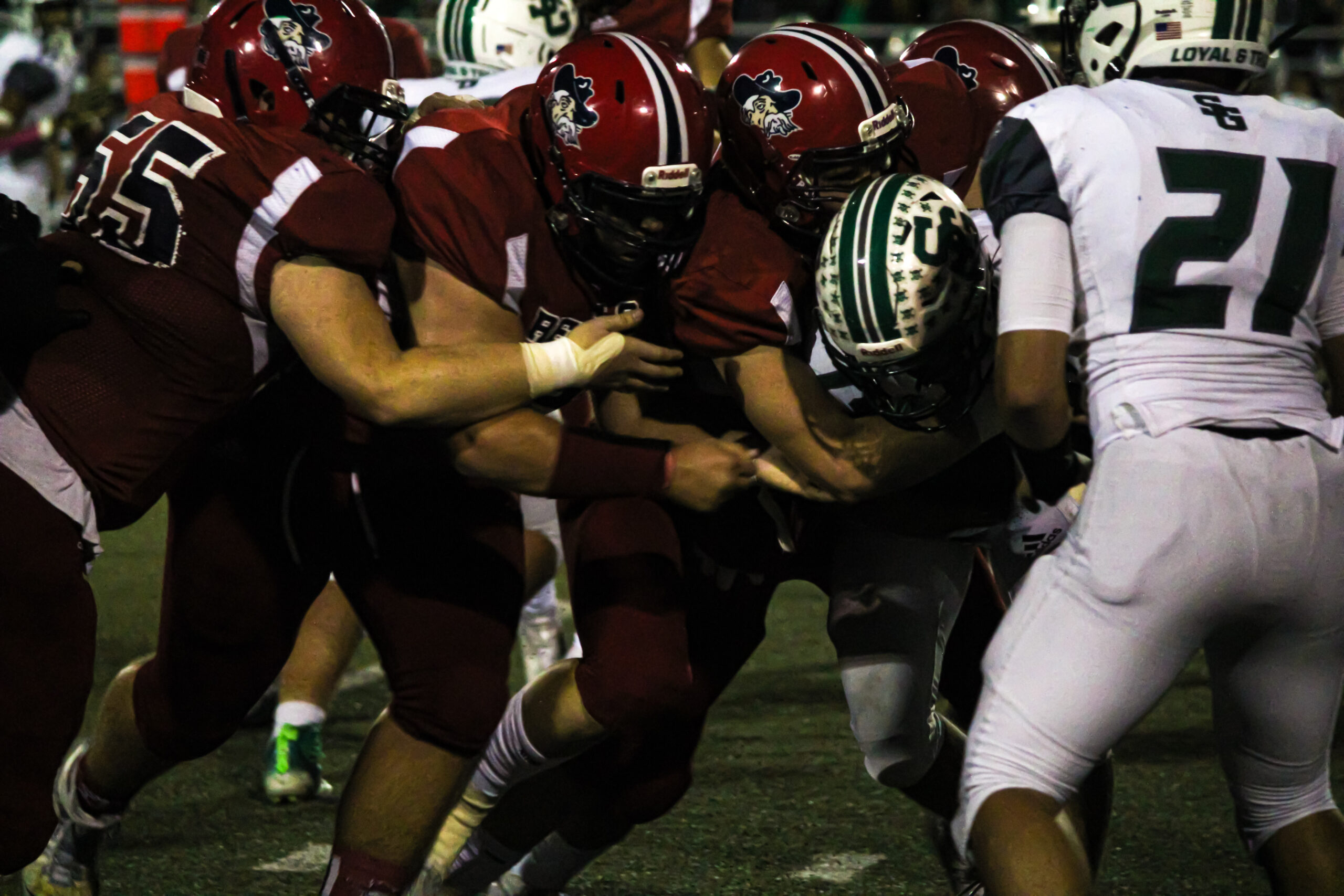 Eliminating the Ste. Gen Dragons on Friday night moves the Park Hills Central Rebels one win away from a Class 3, District 1 Title.

The season came to a close for the Ste. Genevieve Dragons at the hands of the Central Park Hills Rebels on Friday, November 11th. The two teams battled in the Semifinals of the Class 3, District 1 tournament for the right to play Valle Catholic in the finals. Only one would move on, and this night was all about the Rebels, specifically their defense, who shut out their opponents 35-0.

The Park Hills defense set them up immediately, forcing a three-and-out for Ste. Gen, as Dragons Quarterback Aiden Boyer never found his rhythm. This resulted in a great starting field position for the Rebels. After driving down to inside the thirty-yard line, Rebels Quarterback Casen Murphy connected with his number-one choice receiver Jobe Bryant for a touchdown. However, the extra point was missed, but the Rebels still found themselves up 6-0.

After the ensuing kickoff, Park Hills again shut down the Ste. Gen offense forcing a punt. Wisely, the Dragons punted it out of bounds away from Bryant. With the wind in their favor, Park Hills drove to inside the five-yard line. Murphy, this time, handed it to Bryant who trotted home for the touchdown. The extra point from Mason Williams was good, giving the Rebels a 13-0 lead.

Things got worse for Ste. Gen, as their next possession ended in a turnover. An errant pass, seemingly intended for Wyatt Springkamper, gave the Rebels the ball back. It took them merely two plays to add a third touchdown, starting with a sweep from Kannon Harlow, followed by a second sweep play from Bryant that he finished for six points. With the kick, the Rebels were in complete control 20-0 after the first quarter.

The fourth touchdown came from offensive lineman Evan Weiss, who barrelled into the endzone. Williams added his third extra point, extending the score to 27-0.

After once again shutting down the Dragons and forcing a punt, it seemed inevitable the Rebels would score again before the half. However, a 70-yard run play by Bryant was called back after a penalty, which forced Park Hills to punt for the first time in several weeks. Nonetheless, the game was all but over after the first half.

Ste. Gen got creative to open the second half and actually recovered the opening onside kick, but still couldn’t get anything going on offense. Neither team managed to add points during the third quarter.

The last Park Hills touchdown came right at the beginning of the fourth quarter on an 18-yard reception from Murphy to Harlow. Then to complete the two-point conversion, Harlow ran it in. This implemented the running clock and from that point on, both teams played their backups.

Park Hills’ defense was the story of the game. In two full games against the Rebels, Ste. Gen never found the endzone, and this was a team that averaged over six touchdowns and 40 points per game. In eight quarters of play, the Dragons were only ever able to score one field goal.

The wind played a big factor in play selection for Park Hills, thus, Murphy didn’t have his usual impressive passing numbers. However, he still had over 100 rushing yards and threw for another 100. He also had two passing touchdowns. Defensively, he picked two interceptions, while Harlow had the other. Ty Schweiss and Sammy Callaway each had fumble recoveries and Jaxon Jones led the defense in tackles once again with a team-high of 10.

Having now slayed the Dragons, the Rebels must focus on the behemoth ahead, the Valle Catholic Warriors, the only team that has beaten them this season. On Friday, November 11th, Park Hills will lace up the cleats once again and take to the gridiron in an effort to finally avenge their one loss, and fulfill their destiny, of winning a District Championship.