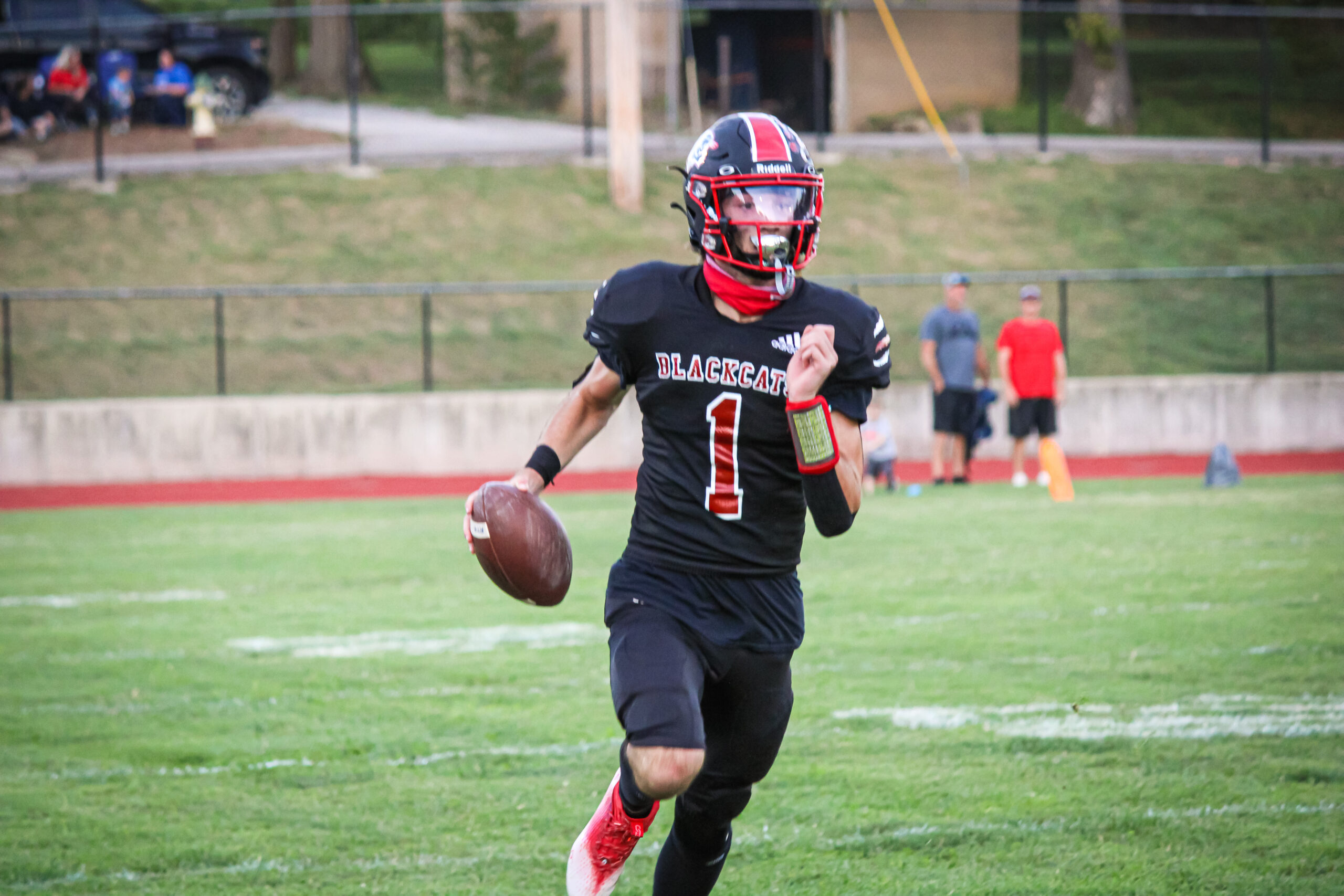 The Herculaneum Blackcats look to end their losing streak with a District playoff victory over Bayless on Friday.

The Herculaneum Blackcats limped into the playoffs after back-to-back disappointing losses against Perryville and Crystal City, but they still earned the third seed in Class 3 District 2. That gives them the luxury of taking on a hapless sixth-seeded Bayless team (with just a 2-7 record) in the first round of the District playoffs.

These Cats from Herky can’t afford to take this game lightly though. A win sends them through to the next round, but these playoffs are one and done, and a loss ends their season. That would be a crippling way to finish off a year that, until 3 weeks ago, looked like a revelation-type season for them.

They’ll need to play a full 48 minutes in this one, which was something they struggled with against Perryville and Crystal City, doomed by a pair of bad quarters. Still, Head Coach Blane Boss‘ squad knows how go full tilt for an entire contest. They have demonstrated that with impressive wins over Windsor, Fredericktown, Jefferson R7, Grandview and, you guessed it, Bayless.

In fact, the last win the Blackcats were able to muster was against said Bronchos, and it wasn’t even a little bit close. Herky took that one down 44-6, and the dynamic duo of QB Jackson Dearing and WR/RB Lucas Bahr was on point. The most dangerous weapons on offense certainly shined in the last matchup, with Dearing throwing for 232 yards and four TDs, while Bahr had 85 yards on the ground and 125 through the air.

The Blackcats will look to repeat that kind of success with their big stars in Week 10 and will also lean on two-way standout Mike Moloney to eat up carries in the ground the game and pace the defense as well. Look for ball hawk Hunter Meyers to get involved also. He had three interceptions in the win over Bayless in Week 7.

As for the Bronchos, they’ve won just two games this season, and they came against less inspiring clubs in Principia and DuBourg. The Bayless defense has been an issue all year, allowing over 30 points in every loss this season, and 40 or more five times. They’ll need to button up their coverage if they’re going to have a chance against Herky.

Offensively, Running Back Mark Patton is their biggest weapon. He’s rushed for a team-high 611 yards on 82 carries this season and has scored five touchdowns. He will need some help though from an offense that doesn’t throw the ball very often. QB James Houston has just 368 yards and two TDs against eight INTs on 67 attempts. His top target will have to be guarded though, as David Uebari, has the lion’s share of the yards though the air this season, catching 14 balls for 258 and two scores. No other receiver was even able to total 60 yards on the season.

The writing appears to be on the wall in this one, but it’s playoff football, so no teams can take anything for granted. Herky would do well to come out firing.