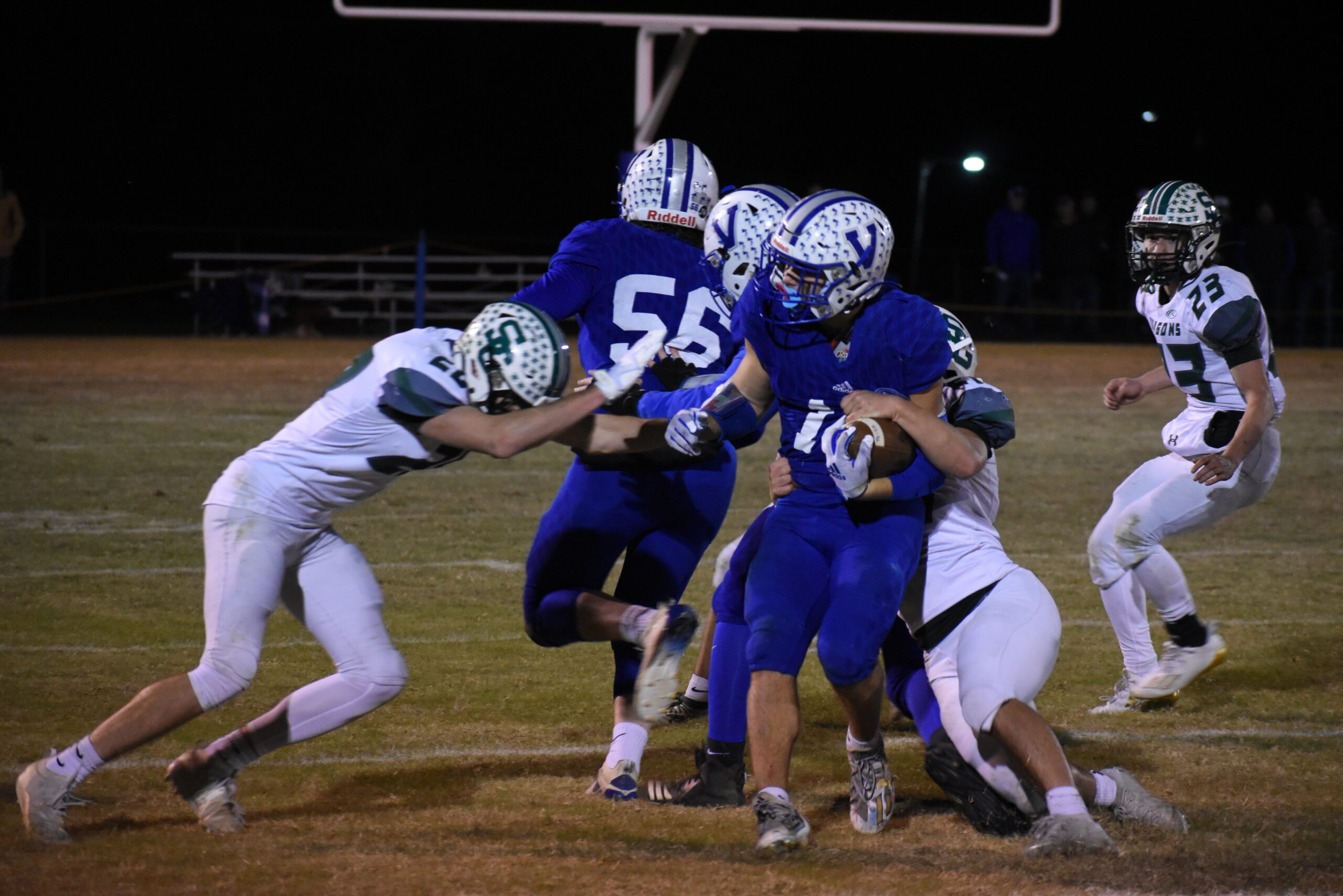 The crosstown rivalry of  Ste. Genevieve and Valle Catholic is renewed Friday night at Father John Dempsey Field with both teams sporting a combined record of 11-1.

One of the greatest rivalries in the region will be renewed this Friday night when undefeated Valle Catholic hosts 5-1 Ste. Genevieve in the Old Settlement Game.

How many small towns can boast two consistently good high school football programs that won State Championships in the same season? The Warriors and the Dragons pulled off that amazing feat in 1992.

This year’s match-up is intriguing as usual.

Valle is ranked third in the latest Missouri Class 3 Media Poll and is coming off a hard-fought come-from-behind win over state ranked Parks Hills Central last week, and Ste. Gen pulled out a win over Potosi to bounce back from its first loss of the season in Week 5 to Central. The Dragons controlled the clock with a strong running game and they may need to do that again to try to slow down a Warriors’ offense that can score points in the blink of an eye.

The Warriors are in a dominant stretch of this long-running series, having beaten the Dragons in nine of the last ten meetings, including a historical post-season showdown in 2021. But Valle has been dominant against just about everyone during that stretch with just 13 total losses since the start of the 2012 season.

This year’s game features some more outstanding individual talents who hope to add their names to the many others who have reached legendary status in this rivalry.

Valle’s Bryce Giesler is averaging 142 yards rushing per game and a whopping 12.4 yards per attempt. Quarterback Chase Fallert is avg. 147.5 yards passing per game, but showed in the season opener against Seckman he can light it up when necessary. Against the Jaguars, Fallert passed for 365 yards and five touchdowns. Sam Drury and Grant Fallert are big play targets in the passing game.

Defensively, the Warriors come at you in waves with more than 15 tackles for loss per game. Leading that charge this season is Tim Okenfuss, and by the way Carson Tucker has scored three times on defense.

The Dragons aren’t short on talent either.

Quarterback Aiden Boyer is a dual-threat signal caller who has rushed for over 200 yards in a game and passed for more than 200 in a game this season. He had a pair of scoring passes last week.

Running back Ayden Butcher ran for 147 yards last week. He already has games in which he’s lugged the pigskin for 183 and 167 yards. Butcher comes to play on both sides of the ball. He had a team-high nine total tackles in the win over Potosi.

Valle graduate and Ste. Gen Head Coach Jay Pope will be looking for his first win over his alma mater after taking it on the chin twice in his first season at the helm in 2021. Friend and coaching counterpart Judd Naeger will likely be ready and waiting.

The latest chapter of Valle and Ste. Gen kicks off at 7 p.m Friday at Father John Dempsey Field.