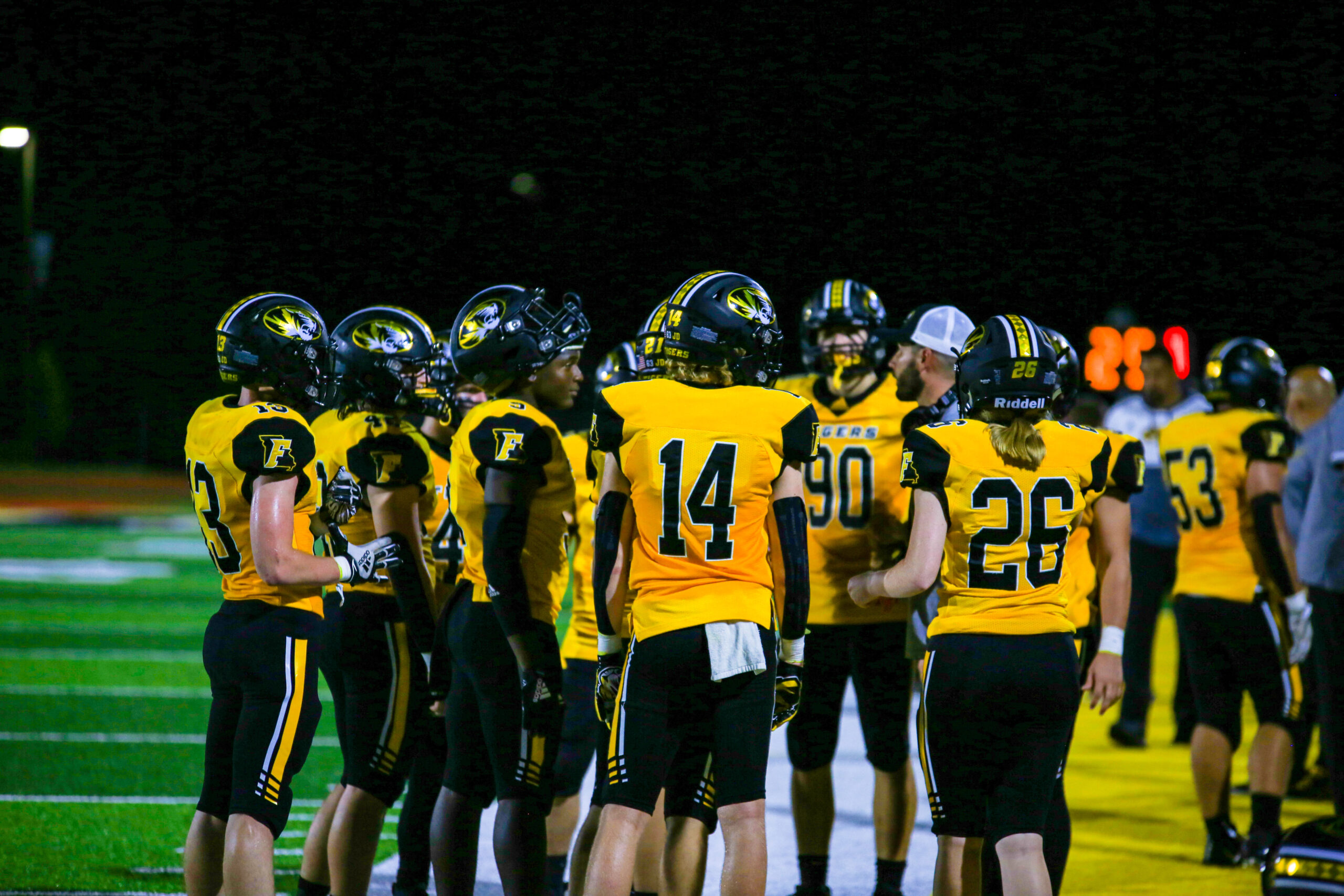 The Festus Tigers are looking to get off the schneid and break a two-game losing streak as they travel to Pacific to take on the Indians.

The Festus Tigers (2-4) are dealing with some tough sledding this year. Navigating arguably their toughest schedule in years, they have fallen on hard times this season. But often taking on a team that has yet to win a game is just the tonic a program needs.

That is certainly the case in Week 7, as Festus takes on an 0-6 Pacific squad, who just can’t seem to get anything going. They are 0-4 in District play and have been outscored 224-53. That is a pretty staggering differential.

They have been shut out twice, and took it on the chin from St. Francis Borgia, Howell Central, St. Clair, Union, Sullivan and Owensville. Those are not necessarily names that strike fear into the hearts of opponents either. In fact, the Indians haven’t scored more than 14 points in any game this season, and tend to struggle on both sides of the ball. Festus should be able to handle this one.

The Tigers however, have dropped their last two games, losing to Hillsboro and North County. That being said, those teams are no slouches. Both have exceeded expectations this season and Hillsboro looks to be the favorite for a state title in Class 4. Still, Festus lost 58-21 to the Hawks and 30-20 to the Raiders, so they will have to step up their game.

The Quarterback combo of Jeremiah Cunningham and Essien Smith has been able to move the ball efficiently, both on the ground and through the air, but they are going to need some help. Stud Senior Wideout Arhmad Branch is the go-to threat, and Hayden Bates dominates the ground game, but the Tigers may need to get more creative if they are going to make a push to be relevant in the playoffs this season.

Pacific should be a solid litmus test for this Festus squad. If they stumble, or do anything less than dominate, it’s likely going to be a tough second half. However, if they take care of business, it just may be the dynamite in their shoes that they’ve been looking for to get over the hump.