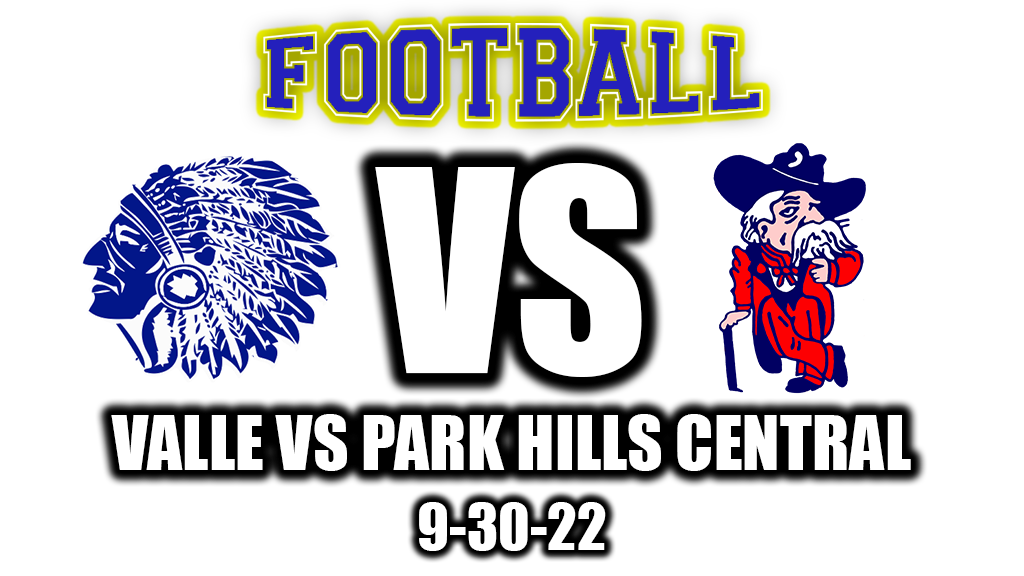 A much anticipated meeting is set for week six as the Valle Catholic Warriors host the Park Hills Central Rebels in a meeting of unbeatens.

Something has to give in a battle of titans this Friday with two state ranked teams that haven’t played each other in 15 years come together at Father John Dempsey Field in Ste. Genevieve… and this battle could very well decide the number one seed in the District playoffs.

The home-standing Valle Catholic Warriors and the visiting Park Hills Central Rebels are both off to dominating 5-0 starts. Valle has outscored its opponents by more than 45 points per game and Central has almost done the same to its opponents to the tune of over 31 PPG.

The scoreboard operator might want to do hand exercises on Friday to get ready for a matchup that could involve plenty of points.

The Warriors have been scoring points at an absurd rate in the first half of the past three contests. They lit up the scoreboard with 53 points at Fredericktown, 61 points at Potosi and 60 last week at home against St. Vincent. All in the first half!

Central’s offense is not too shabby itself. The Rebels are coming off a very impressive win over previously unbeaten Ste. Genevieve 45-3 and they’re averaging 45.6 PPG. But, Central’s defense, which is allowing just 14 ppg will face its toughest test this season against a Valle offense averaging 509 total yards per game and 60.6 ppg.

Bryce Giesler leads the rushing attack with 652 yards and ten touchdowns. He crosses the goal line once in every five rush attempts.

Quarterback Chase Fallert is completing over 61% of his passes this season for around 161 yards per game. Sam Drury and Grant Fallert have combined to catch 32 of Chase’s 51 completions.

As mind blowing as the offense’s numbers are, the Valle defense has put up some pretty amazing numbers too. Defenders are averaging nearly 17 tackles behind the line of scrimmage per game. They’ve scored three touchdowns and have a plus-eight turnover margin.

The Rebels can present some problems for the Warriors’ defense though, which gave up some big plays to talented performers from Seckman and Festus earlier this season.

Jobe Bryant can hurt you in multiple ways. He has five TD receptions; four rushing touchdowns and he’s even connected on three pass attempts this season. Bryant showed the full repertoire last week against the Dragons with two receiving scores, a rushing TD and he returned a punt for another score.

Bryant also has plenty left in the tank to be a major factor on defense with three interceptions and two fumble recoveries, while Ty Schweiss leads a balanced Rebel defense with 34 total tackles.

This year’s match-up alone is enough to intrigue any high school football fan, but there are a couple of interesting subplots as well.

These two perennial playoff contenders haven’t played each other since 2007 and Rebels Head Coach Kory Schweiss returns to his alma mater against his longtime friend Judd Naeger, who will be the Head Coach on the opposite side of the field.

Central and Valle will kickoff at 7 p.m. Friday in Ste. Genevieve and if you can’t make it the game, download the Streamline Sports app to watch it live!

Also, check out this weeks coaches interviews with Rebels Head Coach Kory Schweiss and Warriors Head Coach Judd Naeger. You can watch both interviews below.