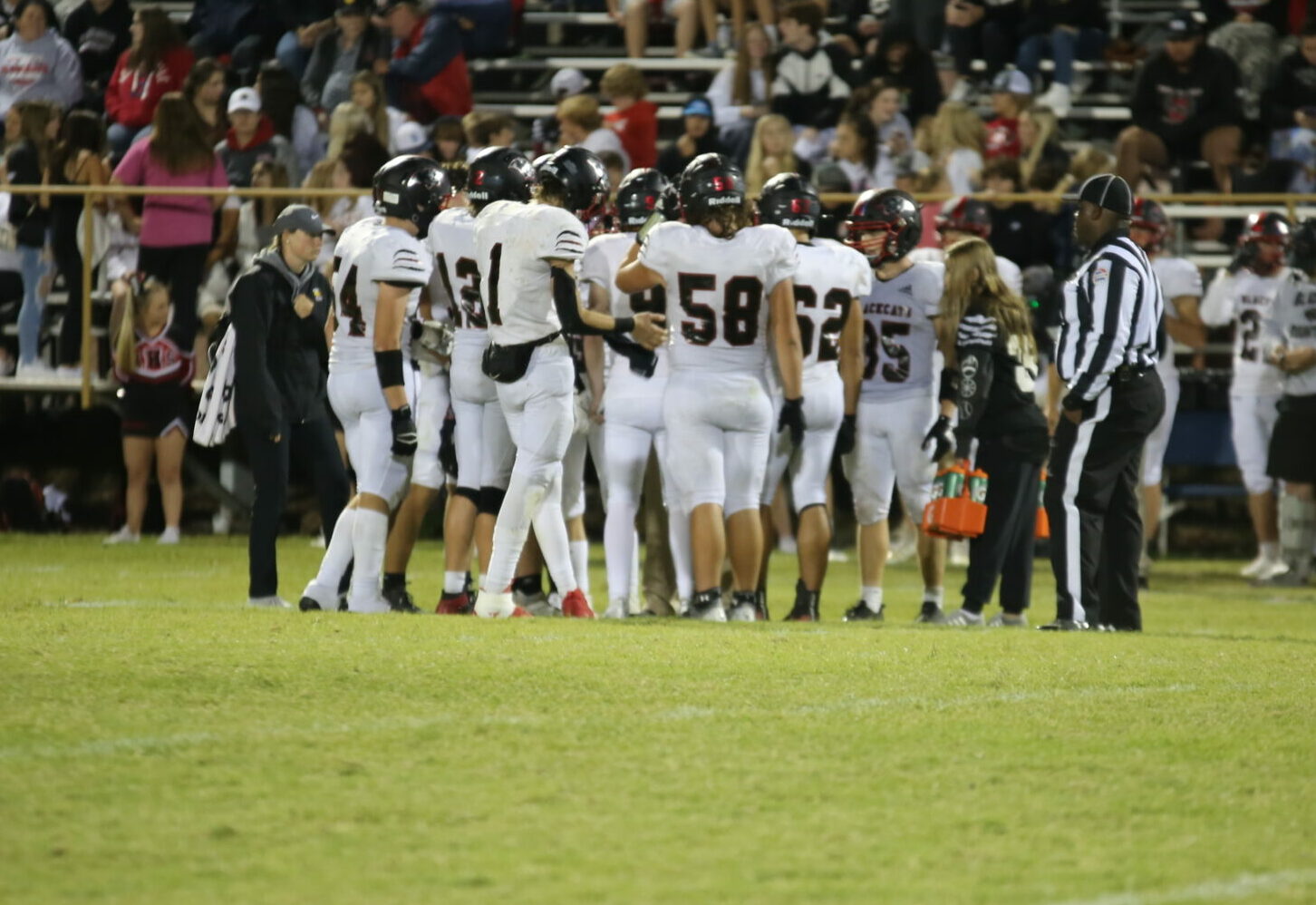 The Herculaneum Blackcats mount an impressive comeback that falls just short in a 13-6 loss to rival St. Pius X in Week 5.

The Herculaneum Blackcats took on a familiar foe on Friday night in the form of their rival, the St. Pius X Lancers. The Blackcats were looking to rebound from their first loss of the season, but fell behind early and couldn’t complete a storybook comeback in the final quarter. They fell 13-6 and dropped to 3-2 on the season.

Little mistakes and miscues can wreak havoc on a football team, and that seemed to be the bugaboo for Head Coach Blane Boss and his squad in Week 5. He stated, “It was kind of the same story it’s been all year long for us, being just a little too late to turn it into gear. We had a couple of big play opportunities we missed, had 7 penalties for 85 yards and dropped 6 balls that could have been key plays for us.”

Those missed opportunities can be haunting, but this is a tough team with a great defense and some top talent at the skill positions. Friday just wasn’t their night, as witnessed by the offensive struggles early in the game. Both defenses were tough, but Pius was the first to break through with a 35-yard pass play that went for the only touchdown of the first half. Herky had offensive opportunities, but penalties, drops and interceptions loomed large in the first 24 minutes.

With the Lancers up 6-0 the Blackcats would have loved to come out of the break firing on all cylinders, but both defenses continued to steal the show and the third quarter was all zeros. Then Pius broke through again on a one-yard rush, and with the made PAT, Herky found themselves down 13-0 in the final quarter.

Then the offense finally started to get into a rhythm. Stud QB Jackson Dearing was throwing dimes to his receivers and marching down the field. He managed to find Dylan Jarvis for a seven yard strike to cut the lead to 13-6 and make it a one score game with just 2:30 remaining. After another defensive standoff, Herky got the ball back with minimal time on the clock, but enough to still take a shot at tying the game.

Dearing was connecting once again and the Blackcats used that newfound momentum to get themselves into the red zone with a chance to send the game to overtime. Sadly, things went the worse possible direction after that as Dearing’s pass was picked off in the end zone for a touchback, ending any hopes of extending the game. The 13-6 score would hold up as the final and the Blackcats dropped back to back games.

Coach Boss praised the defense though, who held a very good Lancer team in check for most of the night. “Our defense was great again for us all night besides one blown assignment in the secondary. The defense continued to keep us in the game and those kids on that side of the ball battled for us all night long. All in all, we believe it was another missed opportunity at a win for us but we have to put it behind us and look towards Grandview.”

Offensively, Dearing was 16-of-33 for 127 yards and a touchdown, but threw four interceptions and was minus 21 yards on his 10 rushing attempts. Jarvis led the receiving crew with five catches for 46 yards and a score, while Lucas Bahr was nipping at his heels with six grabs for 33.

The Blackcats will look to turn things around next week as they host Grandview and will try to snap the losing streak.