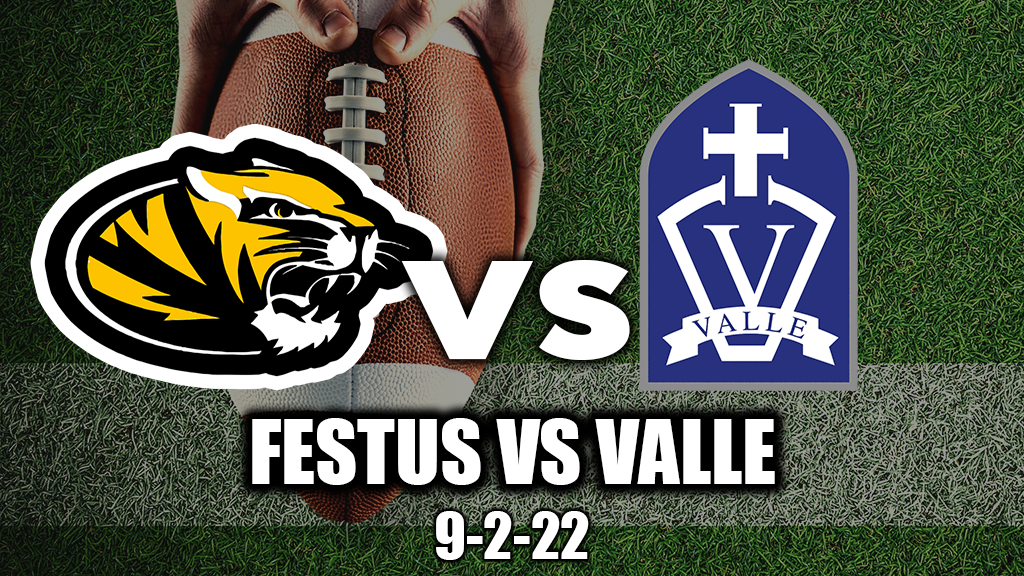 The 0-1 Festus Tigers look for their first win on Friday in a daunting Week 2 matchup with the Valle Catholic Warriors (1-0).

The theme of close games that don’t break the way of the Festus Tigers rolled over from 2021 to 2022 last Friday night as the Tigers were bested by the Dragons of Ste. Genevieve 50-35. They made a valiant attempt to flip the script by mounting a fourth quarter comeback, but it just wasn’t in the cards in Week 1.

The defense will certainly have some shoring up to do, as they failed to contain the high-flying Dragon attack, but the offense did show some bright spots in the season opener with some new faces stepping up. Employing the two-quarterback system for the first time in while, the Tiger signal callers were quite effective through the air and on the ground.

Splitting reps, Essien Smith and Jeremiah Cunningham opened some eyes last Friday with 76 and 81 yard performances, respectively, airing the ball out, as each first-time starting QB passed for a pair of touchdowns. They both excelled using their legs as well with Smith running for 76 yards and Cunningham grinding out 67 on the ground.

This combined with Hayden Bates‘ 116 yards rushing and a score, may be telegraphing to the Festus faithful that the Tigers are leaning towards more of a run-first attack as opposed to their previous intense arial offense.

That being said, things won’t get any easier in Week 2 with Festus begrudgingly welcoming the Valle Catholic Warriors to town for the home opener. Valle is a Class 3 school, but is notoriously known for being a football powerhouse regardless of who they play, and it would be no small feat if the Tigers were able to come out of this matchup with a victory.

In fact, last Friday Valle scored 34 unanswered points in the fourth quarter to demolish Seckman 61-36, marking the first time in the storied program’s history that they have beaten a Class 6 school. Last year all they did was wrap up one of many perfect regular seasons, and the only reason that their campaign came to a close was because of a loss to an eventual State Champion St. Mary’s team, who was playing three Classes below their true distinction.

This will be a tough test no doubt, but a huge shot in the arm if the Tigers can pull out the victory in front of their rabid fan base. This is why they play the game folks.