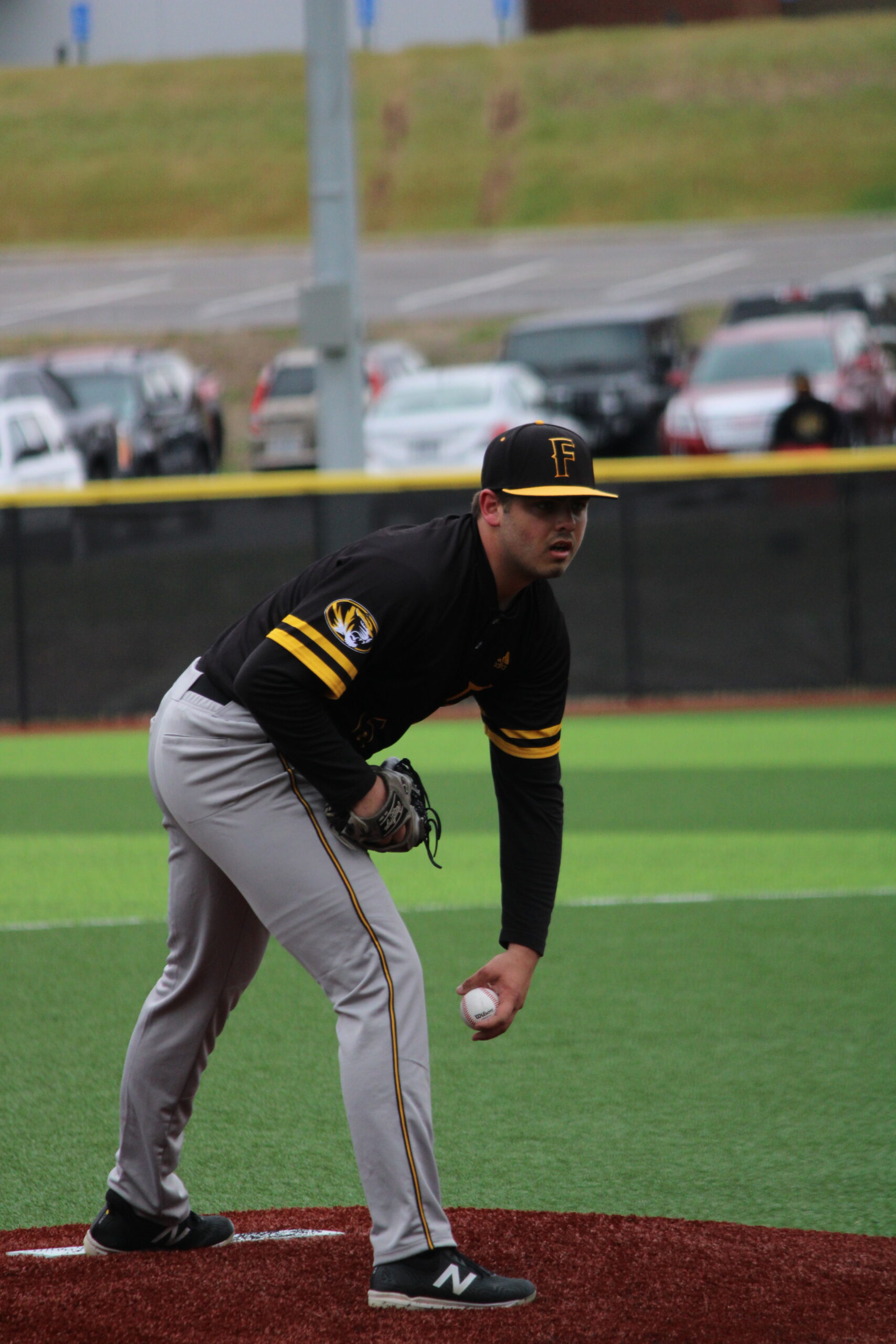 The Festus Tigers baseball team has now won four in a row, including all three games this week, as they approach the coveted 20-win mark.

With the Spring baseball season nearing its end, the Festus Varsity Baseball team picked the perfect time to heat up. The Tigers are running a mini-heater with a four-game win streak, including a sweep of all three games last week with two against baseball powerhouse DeSoto.

Coming off a big 12-1 win to end the previous week, the bats stayed blazing as Festus dominated the Perryville Pirates to continue the streak. On Wednesday, May 4th, the hits came early, as the Tigers put up four runs in the second inning and followed it up with two in the third and one more in the fourth.

Leadoff batter Hayden Bates had two hits to lead the Tigers. Also with a nice hit, Brayden Montgomery managed to do the most damage by providing two RBIs on a double. The Tigers were helped along the way by six Perryville walks.

Despite only notching four hits, the seven runs were more than enough to earn the victory as the Festus pitching was dialed in as well. Starting pitcher Connor Hulsey went six shutout innings, allowing only three hits to get the win. He turned it over to Jackson Gross who took it home by striking out two of the four batters he faced in the seventh.

The next day, Festus hosted DeSoto and continued their winning ways by racking up seven runs on nine hits en route to a 7-1 victory. The Tiger bats took advantage of two Dragon errors, which set up a huge day for clean-up hitter Wyatt Huskey. He racked up four RBIs on the day with two hits, including a double. Tyler Bizzle also had two RBIs on one hit to compliment the victory.

Pitching with a lead is always better than from behind. Toeing the slab and hurling a gem, Ian Brown went all seven innings. He allowed only one run on four hits and struck out three en route to the complete-game victory.

In the final game of the week, Festus again took on the Dragons, this time at DeSoto. While the first two games of the week were all about hitting, this one was a pitchers’ duel. Tiger starter Mason Schirmer pitched a complete game shutout. In his seven-inning effort in the 2-0 victory, he allowed zero runs on two hits, walked four, but struck out an incredible twelve batters to earn the win. He also provided most of the offense as he had two hits, an RBI, and a walk on top of his stunning mound performance.

It’s been a nice streak for Festus, and with the season almost finished, the Tigers will have to keep the momentum rolling. Now 19-8, the red hot Tigers will start the week by traveling to Notre Dame for a Monday game and a Wednesday Home game against Affton.