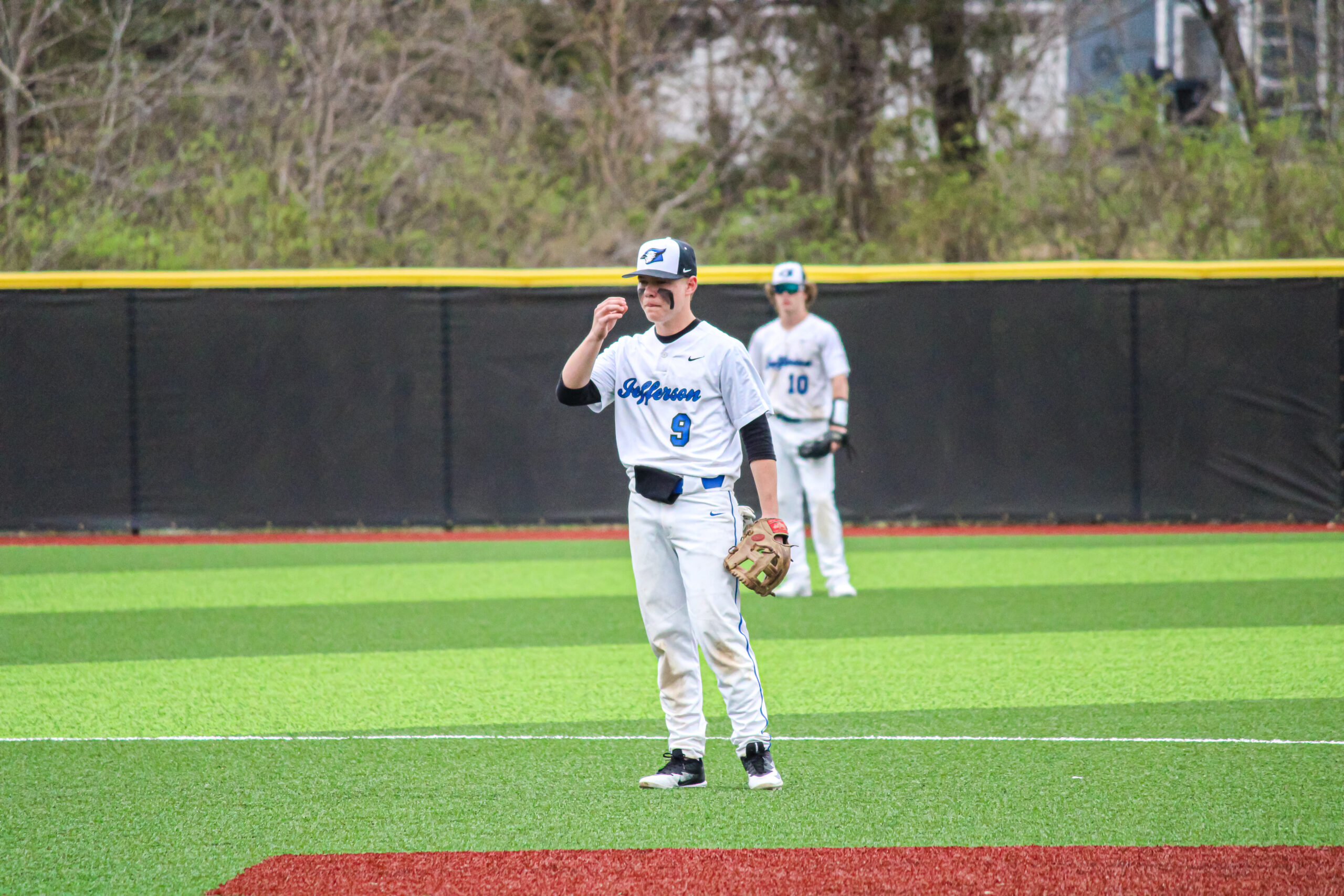 After losing three games, including a mercy-rule stoppage, the Jefferson R7 Blue Jays find themselves four games below .500 with a 7-11 record.

It’s been a rough stretch for the Jefferson R7 Varsity Baseball team. After finishing on a big 14-2 win last week, the Blue Jays fought hard but opponents’ stifling pitching allowed them to score only three runs in three games, in three losing efforts.

On Tuesday, April 26th, Crystal City came to town for what would end up as a pitcher’s duel. Crystal City managed to score two runs in the fourth inning, and one more in the seventh, as the Jefferson bats didn’t find many balls. The Blue Jays came away with only two hits in the 3-1 loss.

Providing the meager offense, Max Schnitzler and Cole Robinson were the only two with hits. The bright spot was the pitching, as starter Jack Hueter tossed 6.1 innings but allowed eight hits and all three runs.

The next day, Jefferson hosted St. Vincent. Leading 2-0 through four, the Blue Jays were feeling good. However, the defense fell apart, committing six errors, which allowed a scoring frenzy for St. Vincent who put up three runs in the fifth, five in the sixth, and a final two in the seventh. Offensively Jefferson had no answer in the 10-2 loss.

This time tallying nine hits, the two runs weren’t enough to keep the Blue Jays in this one. With two hits apiece, Colton Richardson and Kole Williams mustered the most firepower. Sam Stokes and Mike Frisk each added one hit and one RBI each.

Starting pitcher AJ Ciliberto looked good through four but allowed three runs on three hits in the fifth and that was enough for the Jefferson coaches to make the call to the bullpen. Stokes and Nolan Naucke attempted to salvage the effort, but both were tagged for multiple runs.

In the last game of the week, Jefferson traveled to take on the Valle Catholic Warriors. This game got out of hand quickly for the Blue Jays as the pitching allowed 12 runs in the first three innings, which was more than enough to mercifully end the game in five innings.

With only three singles to speak of, the offense was basically non-existent, and the pitching was tattered quickly. Starter Richardson was taken out after only two, as he allowed five walks, which led to seven runs. Robinson tried to stop the bleeding but he too was lit up for five.

Hoping to wash away last week, Jefferson will have a few days to recover and reload. If the Blue Jays hope to make an impact in the postseason, there’s no time like the present to find the spark.