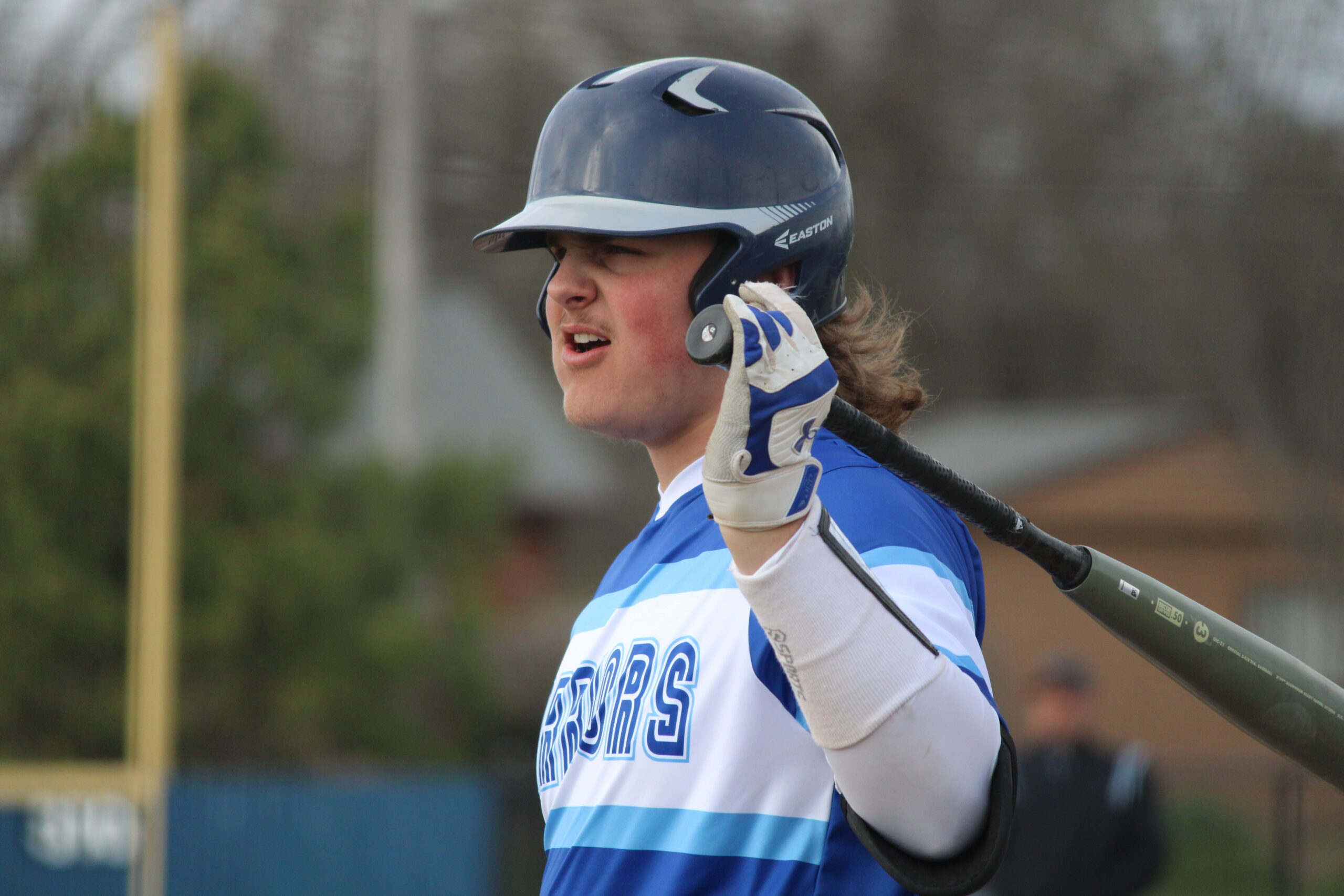 After three impressive victories to get to the championship game, the Valle Catholic Warriors fall to Nixa 11-6 in the Lebanon Tournament final.

It was an action-packed baseball weekend for the Valle High School Varsity team, who played four games in the Lebanon tournament in two days. With hot bats and lively pitching, the Warriors seemed unbeatable in the first three games, but were ultimately defeated by Nixa in the finals.

Game one of the tournament began at 4:30 p.m. on Friday, April 22nd, against Neosho. Valle jumped out to a 3-1 lead, but exploded for five runs in the fifth inning. Neosho did themselves no favors by committing four errors, but nonetheless, the Warrior bats were finding everything as the team racked up 13 hits, en route to an 8-3 victory.

If an MVP were to be awarded for this game, it would be starting pitcher Grant Fallert who went five innings, allowing one earned run while striking out seven. More impressively was his handling of the bat, as he racked up three hits, an RBI, and a stolen base. Next, Colin Vaeth would certainly be the runner-up in MVP voting, as he notched 3 RBIs on two hits. Isaac Viox also added two hits in the game.

The next game began almost as soon as the first ended, at 6:45 p.m., and Valle picked up right where it left off, crushing the ball and tagging the Lebanon pitchers for five runs in the first, four in the second and three in the third. Lebanon’s bats finally got going later in the game, but when the dust settled, Valle found themselves up by 10, winning the game 16-6.

There were quite a few stand-out performances in this one, but doing the most damage was Aiden Heberlie hitting out of the three-hole. He had four RBIs on two hits including a home run. However, raking once again was G. Fallert who put up three RBIs on two hits. Josh Bieser also contributed three hits. On the mound, Isaac Roth pitched five innings and struck out six to get the win.

The next day, Valle got started bright and early with a 7:00 a.m. start on Saturday as they took on Ava in the tournament semifinals. Valle grabbed a lead early and kept tacking on runs, as Ava’s bats didn’t produce much. On 14 hits, the Warriors went on to win the game 7-2.

With an excellent showing, Vaeth, the starting pitcher, went pole to pole to earn the complete-game win for his team. He dazzled for seven innings, allowing only five hits while striking out six. Offensively, the team spread out their hits, with Viox leading the charge with three. Each with two hits and one RBI, were Heberlie, Vaeth and Fallert, while Jackson Fowler had two RBI on one hit.

Perhaps it was the five-hour gap between games that stifled the Valle momentum, but in the finals against Nixa, the Warriors didn’t quite have the fire they had in the previous three games. After giving up four runs early, and finding themselves battling from behind for the first time in the tournament, the Warriors’ fielding aided Nixa as they committed three errors.

The pitching didn’t quite have the zip either, as starting pitcher Chase Fallert got rocked early and removed after only one inning. Rylan Fallert and Heberlie attempted to slow the bleeding from the bullpen, but it was too little too late as the Warriors fell 11-6.

Powering up the offense, C. Fallert however did what he could, scoring three runs on three hits including a solo home run. Continuing to mount up impressive stats, Bieser had two RBIs on two hits, including a double. Nathan Schwent also had a nice game with two hits, one of which was a double, and an RBI.

Now sporting an incredible 17-6 record, still with six regular-season games to play, Valle doesn’t have any time to hang their heads. Looking forward to the final weeks of the season, including two games this week, the Warriors need to focus on the positives and keep playing the game the only way they know how, as winners.