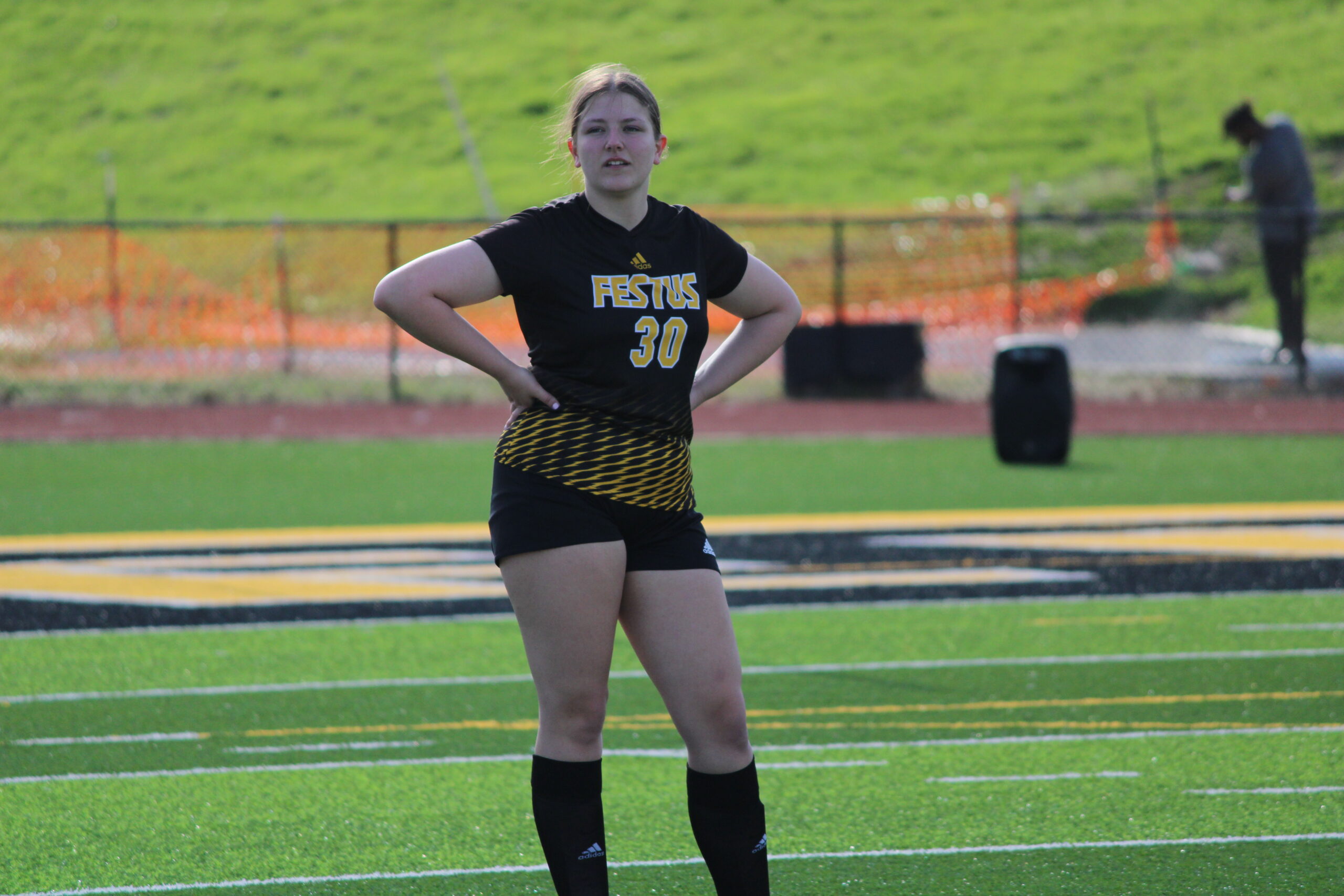 After a successful week of soccer, winning the DeSoto tournament, the Festus Tigers lost two tough games, as their offense was shut out twice.

Coming off an excellent showing in the DeSoto Tournament last week, bringing home the championship, the Festus Girls Varsity Soccer team was brought back down to Earth. The Tigers played two games against some stiff competition (St. Vincent and Perryville), but unfortunately this week, they came home empty handed. Festus failed to score in both games, losing 4-0 to St. Vincent, and taking a mercy rule 8-0 loss to Perryville.

On Tuesday, April 19th, Festus went up against a powerful St. Vincent squad, known for their physicality. The Tigers kept it close with man-to-man marking and hard tackling, allowing St. Vincent to find the back of the net only once in the first half. However, coming out strong in the second, St. Vincent buried a shot that rippled the net, opening up a two goal lead. The Tiger defense eventually cracked under the pressure and gave up two more goals, making it a 4-0 loss for Festus.

Knowing his team always plays hard, Head Coach Caleb Zustiak commented, “Alayna Erxleben had a strong showing as she returned from injury and was essential to the Tiger defense. Emily Holt scored a late goal that was called back due to being one step off-sides and was a continual offensive threat. Emma Stevens and Karleigh Bayer had strong showings defensively and Shyanne Hofmeister continued to impress in the midfield and offensive third, creating chances and disrupting Vincent’s play. Junior midfielder Jersey Moonier also returned from injury tonight, giving an encouraging peek at what a fully fit Tiger midfield could develop into.”

Next up, the Tigers faced another quality opponent, Perryville, on Thursday, April 21st. The Pirates came in ranked number two in the MO State rankings and proved why, lighting up the net with eight goals and finishing off the Tigers by mercy-rule. Finding the positives, Coach Zustiak noted, “Goalies Mady Geiler and Zoe Erxleben had strong matches, attacking the ball and keeping the Tigers in the game while they could, and the Tiger offense and midfield were kept quiet, but continued working and developing. The biggest loss on the evening was an errant ball taking down Sophomore defender Stevens, who has been an influential player, and will be missed while out on injury.”

With the two losses, the Tigers fall to 6-5-1, which is still a quality record, but they need to turn the ship around now. With only seven regular-season games left, Festus has no choice but to focus on what lays ahead, starting with a string of three home games this week. Coming out and attacking hard from the opening whistle needs to be the mindset from this point forward if the Tigers would like to end the season ferociously.