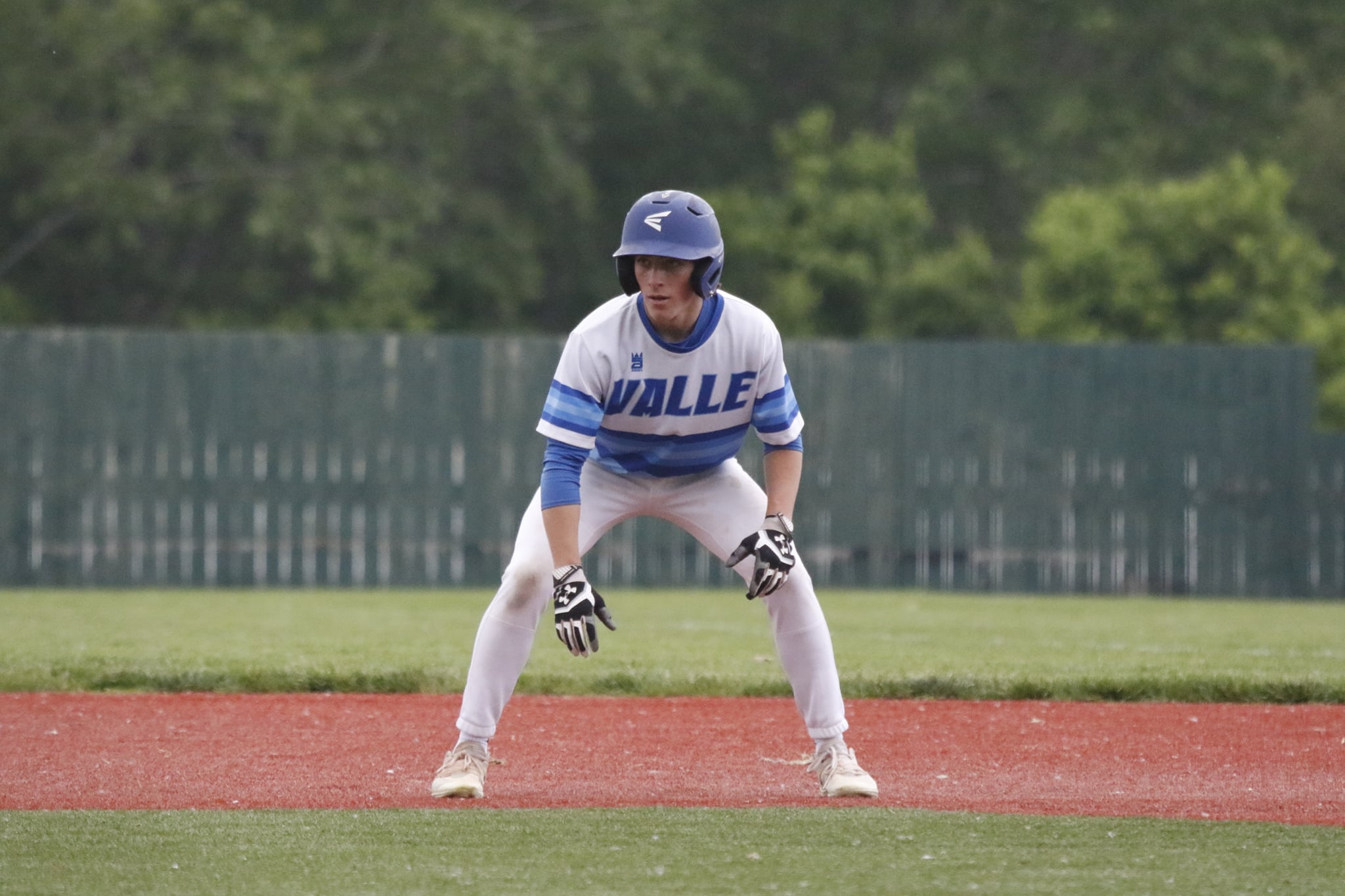 After a tight 4-3 loss on Monday, the Valle Catholic Warriors put up a massive run total of 41 in the next three games to go 3-1 on the week.

The spring sports season is hitting its stride, and last week, the Valle Catholic Varsity Baseball team competed four times in five days. The Warriors had a successful week, winning three of four, but more impressively, battering their opposition and winning two games by the 10-run mercy rule.

The week’s first game was on Monday, April 4th, against the Northwest Lions. Northwest jumped out to an early 3-0 lead, but Valle countered with two of their own in the bottom of the third. That’s the way it stayed until the seventh when Northwest tacked on an insurance run. The run proved to be the difference-maker as Valle attempted a late rally but only managed to notch one in the bottom of the seventh. Despite outhitting the Lions 12-8, the Warriors lost 4-3.

This was a well-executed game from all sides. On the mound, Chase Fallert took the loss. He lasted three innings, allowing three hits and three runs while striking out one. Offensively, Chase Fallert, Josh Bieser, Aiden Heberlie and Michael Okenfuss each had two hits. Jackson Fowler added one hit and one RBI.

The next day, Valle traveled to Farmington to take on the Knights, in what would be a wild back-and-forth game. Valle got started early, pumping out four runs in the first and another in the third, to take a 5-1 lead into the fifth inning. However, in the bottom of that inning, Farmington went absolutely nuts with the sticks, rattling off eight runs to grab the lead 9-5.

Now down by four, in the top of the sixth, Valle reclaimed the lead, exploding for six runs of their own making the score 11-9. Then the Knights cut it to an 11-10 game with a run in the bottom of the inning with just one inning left to play. In the top of the seventh, the Warriors tacked on a couple of unnecessary insurance runs, as Farmington was out of gas, giving Valle the 13-10 win.

This was a big game for Grant Fallert who led the team with six RBIs, going 3-for-5 at the plate. He drove in runs on a double in the first, a double in the sixth and a double in the seventh. Bieser also had a monster day, notching two RBIs on two hits, one of which was a home run. C. Fallert and Heberlie both also had two hits.

After doing it with the bat, Bieser did it from the mound as well. He struck out two and only gave up one run on one hit over the one and two-thirds innings, picking up the win. Fallert recorded the last three outs to earn the save.

The Warriors had a day off on Wednesday which worked in their favor, as they came out swinging some heavy metal on Thursday, April 7th. The Arcadia Valley Tigers were the victims of this shellacking, which started in the four-run first inning. The Warriors put up a single digit in the second, but then unloaded in the third, racking up seven runs. The game ended by mercy rule 12-0 after AV failed to score in the top of the fifth.

Bieser was once again the key weapon for the Warriors, as he had two RBIs on two hits, including a triple. Heberlie added three RBIs on his two hits. C. Fallert and G. Fallert both also had two hits.

Three Valle pitchers combined to earn the two-hit shutout. Rylan Fallert got the win, as he allowed zero hits and zero runs over two innings, striking out two and walking one. Bryce Giesler and Brandon Giesler entered the game out of the bullpen to help secure the win.

The next day, the Warriors outdid themselves in an other explosion of offense, this time against Notre Dame. Valle opened with one run in the first, but in the third, the Warriors went off with 10 runs in the inning. They followed that up with five more in the fifth for good measure, as they went on to blank Notre Dame 16-0.

Offensively, Valle had 13 hits. Leading the way yet again was Bieser who smashed two singles and a double, adding two RBIs. G. Fallert also had three hits and one RBI. Heberlie also contributed two RBIs on two hits, including a triple.

Earning the win for Valle was G. Fallert who pitched four innings, striking out five while allowing just three hits. Heberlie pitched the final frame and struck out two.

During this four game span, the Warriors run differential was +30 as they put up an incredible 44 runs, while only allowing 14. With the wins, Valle improves to 12-3, and should now have all the momentum and confidence needed to keep winning.