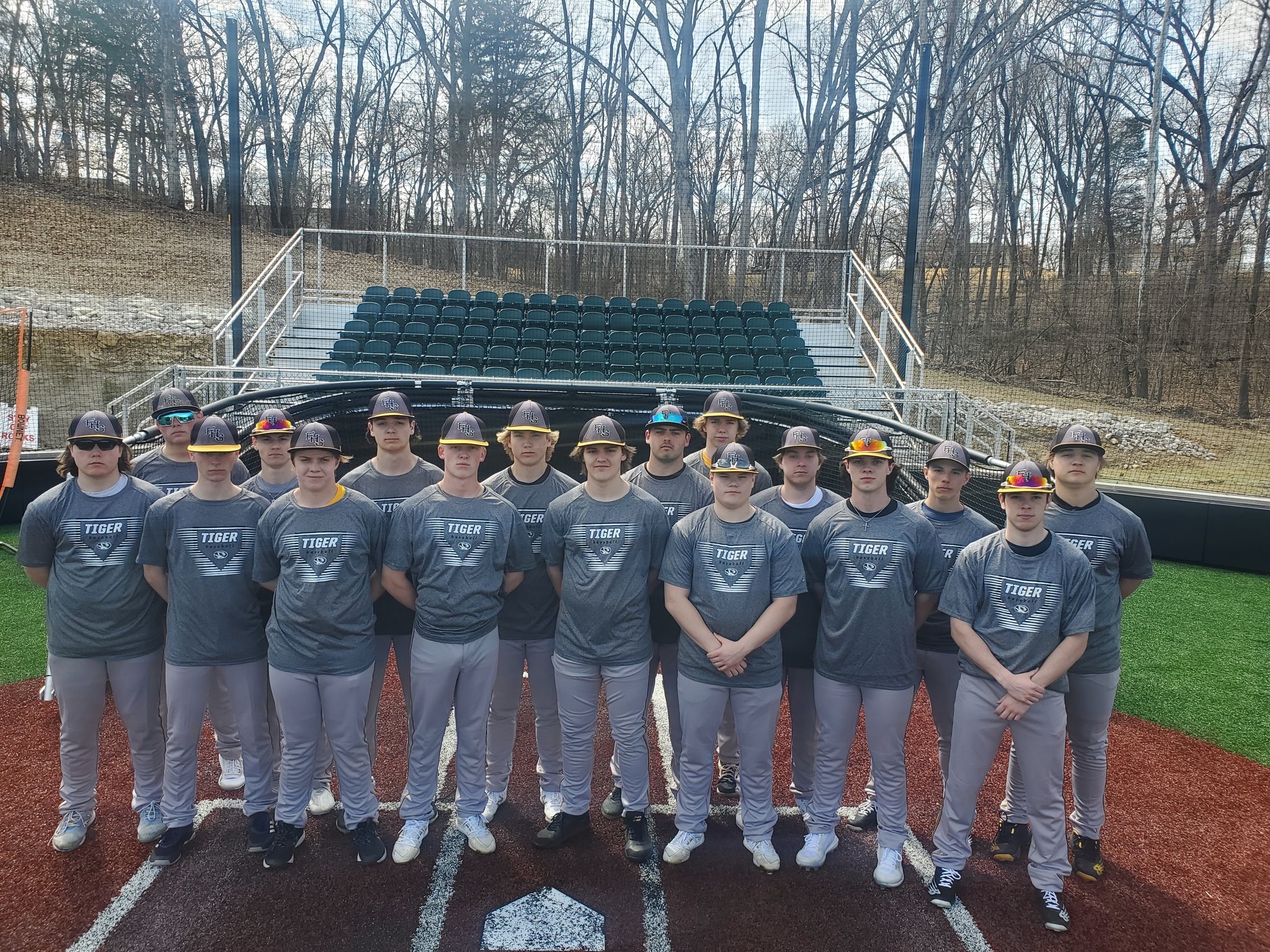 A young, tenacious lineup supported by solid pitching is what the Festus Tigers Varsity Baseball squad is bringing to the diamond in 2022.

The 2022 Baseball season is just around the corner for the Festus Varsity team, and there are reasons to get excited. With a 2021 squad that featured six underclassmen, the Tigers truly started building a club with a high ceiling and, to boot,  finished on an incredible hot streak, winning five of their last six games. In fact, the team pulled off a big upset in their district, winning the championship from the fifth seed. The Tigers ultimately were eliminated in the quarterfinals, but nonetheless, it was an impressive finish to an otherwise lackluster season.

After a slow start in 2021, Festus would definitely like to open the season swinging hot bats. Unfortunately, the team graduated six Seniors, including the loss of All-State and All-Region players Cole Wagner and Collin Reando. While that will definitely cost them some line-up power, there are quite a few returning players that will hopefully be stepping up to fill the gaps.

One thing the Tigers can expect to rely on this season is the pitching. Starters Jackson Gross, Nate Moore and Ian Brown will all be Juniors in 2022, and last year all three threw complete games in the District Tournament. Also, returning as a Senior, Kaleb Kennedy, was an All-Conference relief performer. With these four on the mound, Festus can be confident that they’ll be competitive in every game.

Some other key starters in the lineup are Connor Hulsey, Catcher Tyler Bizzle, Outfielder Wyatt Huskey and Shortstop Hayden Bates. These players will be expected to carry much of the offensive load with support from Anthony Simon, Connor McDonald, Brayden Montgomery and Trent Ellis. All of these players got starts last year and contributed defensively or from the Designated Hitter position.

Festus Head Coach Jeff Montgomery is excited for the potential of his new starters, and commented on some of the key athletes. He said, “Sophomore Hayden Bates brings some offensive punch and tenacity on the field as a returning player. He was a strong contributor last year as a Freshman. I also have to mention our pitchers here Brown, Moore, Gross and Kennedy. They all were good last year. Also, Juniors Cole Skaggs and Henry Roux are exciting newcomers to the Varsity squad and will have an impact this season.”

Montgomery has expectations of improvement on their 15-15 record last season, and stated, “I would expect us to be better. We have a challenging 34 game season due to the new expanded schedule opportunities with MSHSAA. I want us to play more games. This is a team that had a great experience at the end of the season last year and found a hyper-competitive edge. They have grown together and they want to win.”

Some of the key games coming up for the Tigers include a four-game trip to Kentucky. Montgomery commented on this season, “Kentucky will be tough. Then we have Parkway West, Lutheran South, Cape Notre Dame and Webster Groves all coming to Tiger Field this year. We also added the Gateway Legacy team which has many pro prospects. The conference schedule is going to be really competitive also. Playing back-to-back conference games gives us some really interesting two-game series formats.”

The strength of the Tigers lies within the starting pitching. Montgomery pointed out, “Our pitching staff should be pretty deep and that will help. You have to throw strikes and compete, which we will do. We have many talented pitchers with potential and we believe in them greatly. We had sporadic performances offensively last year, but we have worked to get stronger and are working on our offense. We hope that part is improved. I hope we build on the pitching success and get better offensively. We are always aggressive on the bases and I expect that to continue.”

While the Tigers are returning quite a few starters, there are also some underclassmen that could contribute in a big way. Acknowledging his youngsters, Montgomery said, “Mason Schirmer, Trenton Young and Tyler Reece are talented players that we think are going to help us significantly this year or gain some experience for the future. Newcomer Tyler Phillips is a tremendous player and this is his first year in the program. I have been most impressed with the noticeable gains and improvements many of our athletes have made. There are a handful of kids that have gotten a lot better and they are very hungry to contribute.”

With solid pitching in their pocket, the Tigers will attempt to strike first, and keep the winning ways from last year rolling. It won’t be easy, but challenges are exactly what Coach Montgomery wants his team to face in order to improve. A young team will certainly have a steep learning curve, but with any luck, the Tigers will see success this season.