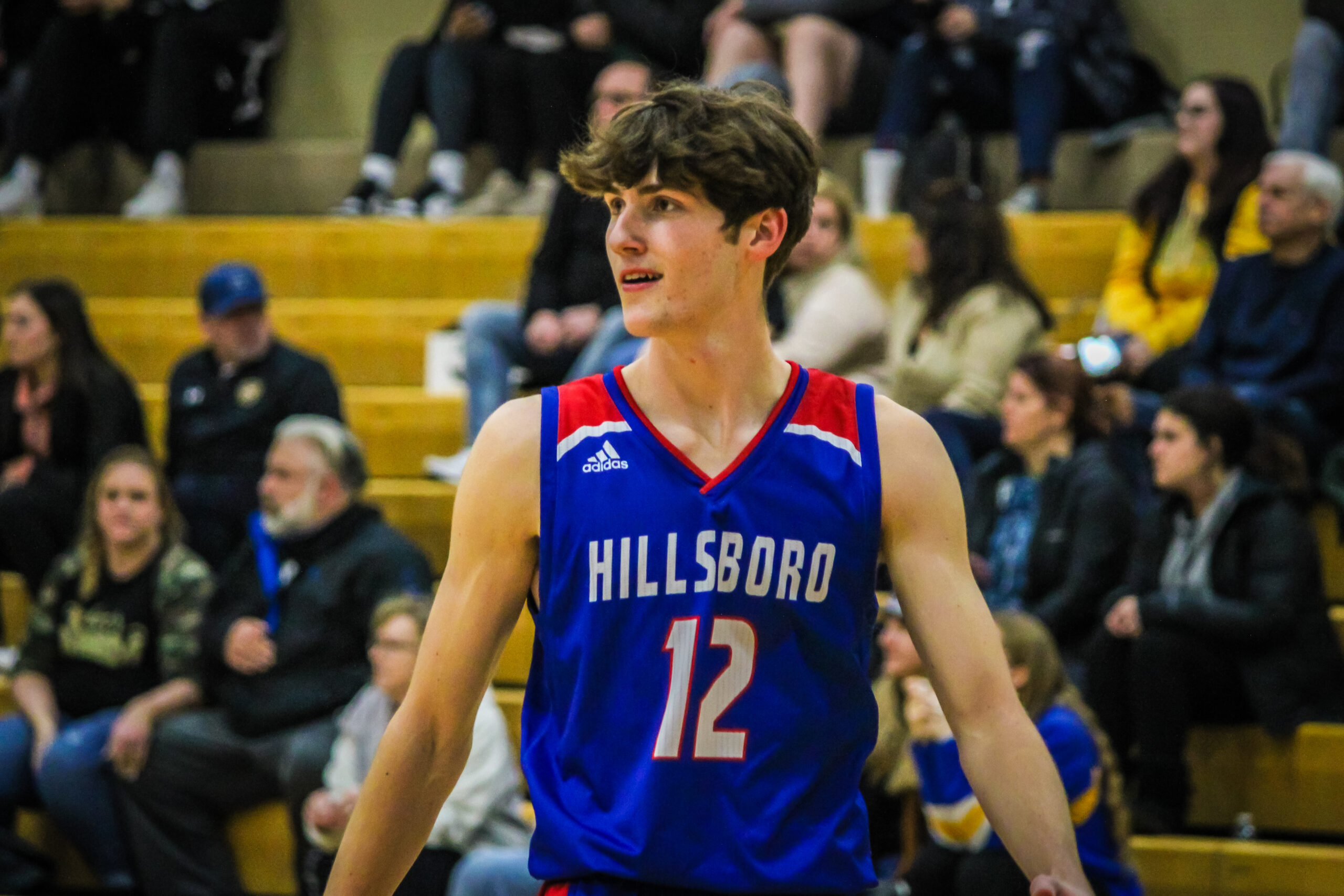 The last game of the season for Hillsboro turned out to be against North County in the first round of districts, as the Raiders knocked off the Hawks 65-59.

The season only ends on a win for one team. So for all of the rest, it’s about how far you make it. Unfortunately for the Hillsboro Boys Varsity Basketball team, despite playing quality basketball for most of the year, they didn’t make it far. The Hawks’ season is now over, stemming from a loss to North County in the first round of the district playoffs, and dashing any hopes of hoisting the championship plaque. The season that could have been, has been abruptly ended.

After finishing the regular-season with a hot hand, Hillsboro’s offense chose a bad time to cool off. Their last game came against the Raiders from North County on Saturday, February 26th. The Hawks fell behind early and never were quite able to close the gap, losing by the score of 65-59. Kyle Phipps and Noah Holland led the way with 18 and 17 points respectively. Payton Brown was the next closest with 11, also contributing 13 rebounds.

Now begins the long off-season for the Hawks. A few of these athletes will simply switch focus to different sports, but those who aren’t graduating will start preparing for the next basketball season in October. However, before summer camps and conditioning practices begin, Hillsboro will certainly take some time to reflect on an excellent season, if only it could have ended on a win.