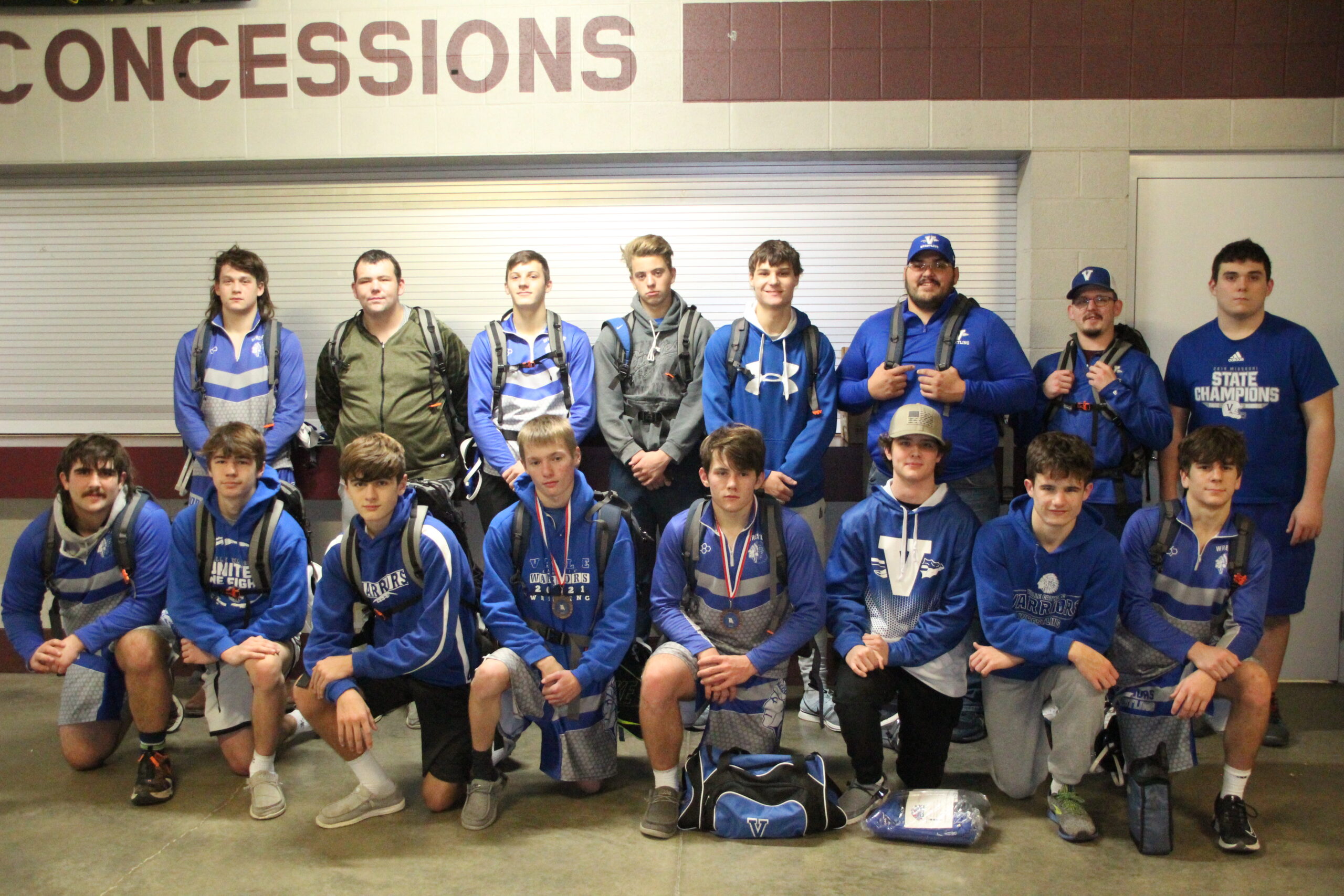 Valle Wrestlers Compete at State To Close Out Banner Season

The Valle Catholic Warriors enter six athletes into the state tournament, finishing in the top half, and bringing home one Silver Medal.

Every high school athlete dreams of being the best in their sport, and the pinnacle of wrestling is standing atop the podium at the MO State Tournament. To do that, each grappler must first go through a grueling five-month season, advance out of districts, and then face the best of the best. It’s an incredibly difficult task, but the Valle Catholic Varsity Wrestling team successfully managed to get six athletes out of their district bracket and into the MO State Tournament.

Getting anyone to the tournament is an impressive feat on its own, but winning the tournament as a team is a near-impossible achievement. With only six Warriors participating, the team had little chance of winning first place. Nonetheless, Valle still had a nice showing, scoring 31 team points, which landed them in twenty-fifth place out of 51 teams.

The first entrant for Valle was 106 lb. wrestler Kaden Gegg, who came into the tournament with a 37-12 record. Gegg lost his initial match, which moved him into the consolation bracket. He won his first match but then was eliminated by losing his second. He still, however, earned three team points.

Bringing a 27-18 regular-season record into the tournament, Will Kuehn was the next wrestler. Competing at the 120 lb. weight class, Kuehn lost both of his matches and was eliminated.

Josh Bieser, the 152 lb. Warrior wrestler came in with a 47-3 record. Bieser had the best performance of the day for Valle. He pinned his first opponent and then won the quarter and semi-finals by decision. Unfortunately, he was defeated in the finals by decision, to bring home the Silver Medal and 21 team points.

With a 30-7 record, Jacob Calbreath entered at 195 lbs. He lost both his matches and was eliminated.

Finally, at 220 lbs. Noah Elbert brought a 35-12 record into the tournament. Unfortunately, he lost his first two matches and was eliminated as well.

The season is a long and grinding ride. Many don’t complete the journey, but for these six Warriors, they went as far as possible, and these young athletes should be proud of what they achieved in the 2021-2022 season. Despite the final results, the Warriors season should certainly be seen as successful.

Valle Wrestlers Compete at State To Close Out Banner Season