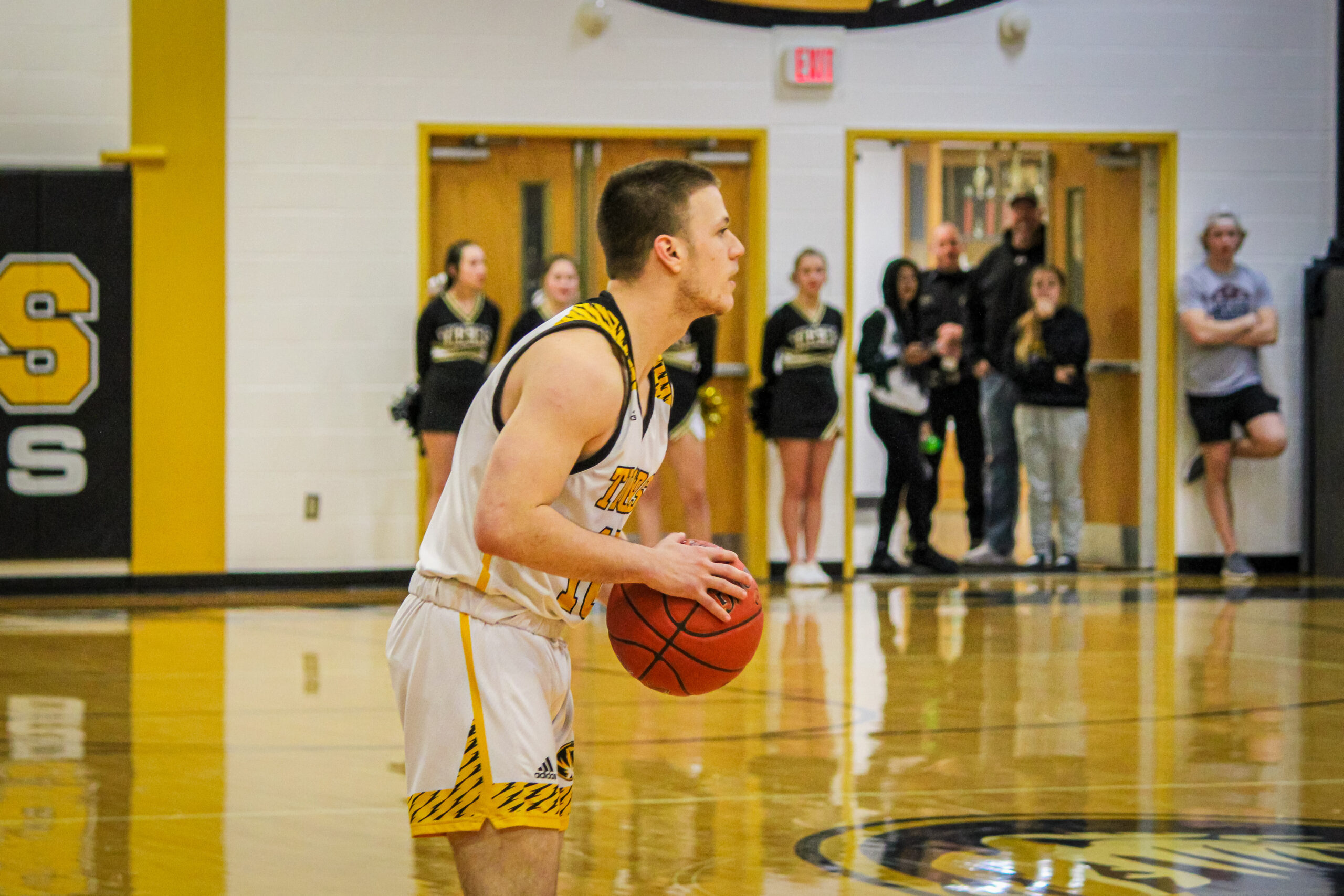 The Festus Tigers keep the winning streak alive with a monster victory over the Fox Warriors on Tuesday.

On Tuesday the Festus Tigers went in search of another victory to extend their season-long winning streak, and they found what they were looking for. Taking on the Fox Warriors, the Boys Varsity Basketball team had offense in spades as they polished off their opponent 80-51. The win marked their eighth straight and pushed their season record to 19-4.

Things started off fast and furious as the Tigers racked up a 17-13 advantage after the first quarter, highlighted by seven of Cole Rickermann‘s 25 points. The second frame followed the same trajectory, as the Tigers poured in another 20 and allowed 17 to the Warriors, setting up a seven-point cushion going into he half.

Apparently Head Coach Jason Therrell wasn’t satisfied with that lead, and must have done some serious motivating in the locker room, because the Tigers came out guns blazing after the break. They put up a game-high 28 third-quarter points and kept Fox in check with just 10. Outside shooting was key as Festus hit eight shots from downtown in the game, and then in the fourth quarter it was all about clock management and executing from the free throw line.

The Tigers hit 12-of-15 shots from the stripe to not only preserve their lead, but dash any hopes the Warriors had about mounting a comeback. They won the battle of the final frame 15-11, which translated to a bawdy 80-51 victory.

Rickermann led the way with his 25 points while sinking a pair of big threes and going 5-of-7 from the line. Arhmad Branch and Connor Westhoff each had a dozen points and Eric Ruess rounded out the double-digit scoring with 11 of his own.

This was one of the easier tests for the Tigers this season, but it was promising to see such a dominant effort against a team that they should be able to handle with regularity. The next match won’t be quite so easy as they take on the always dangerous, tiny powerhouse out of Annapolis, MO. The South Iron Panthers should be a true test of Festus’ moxie.