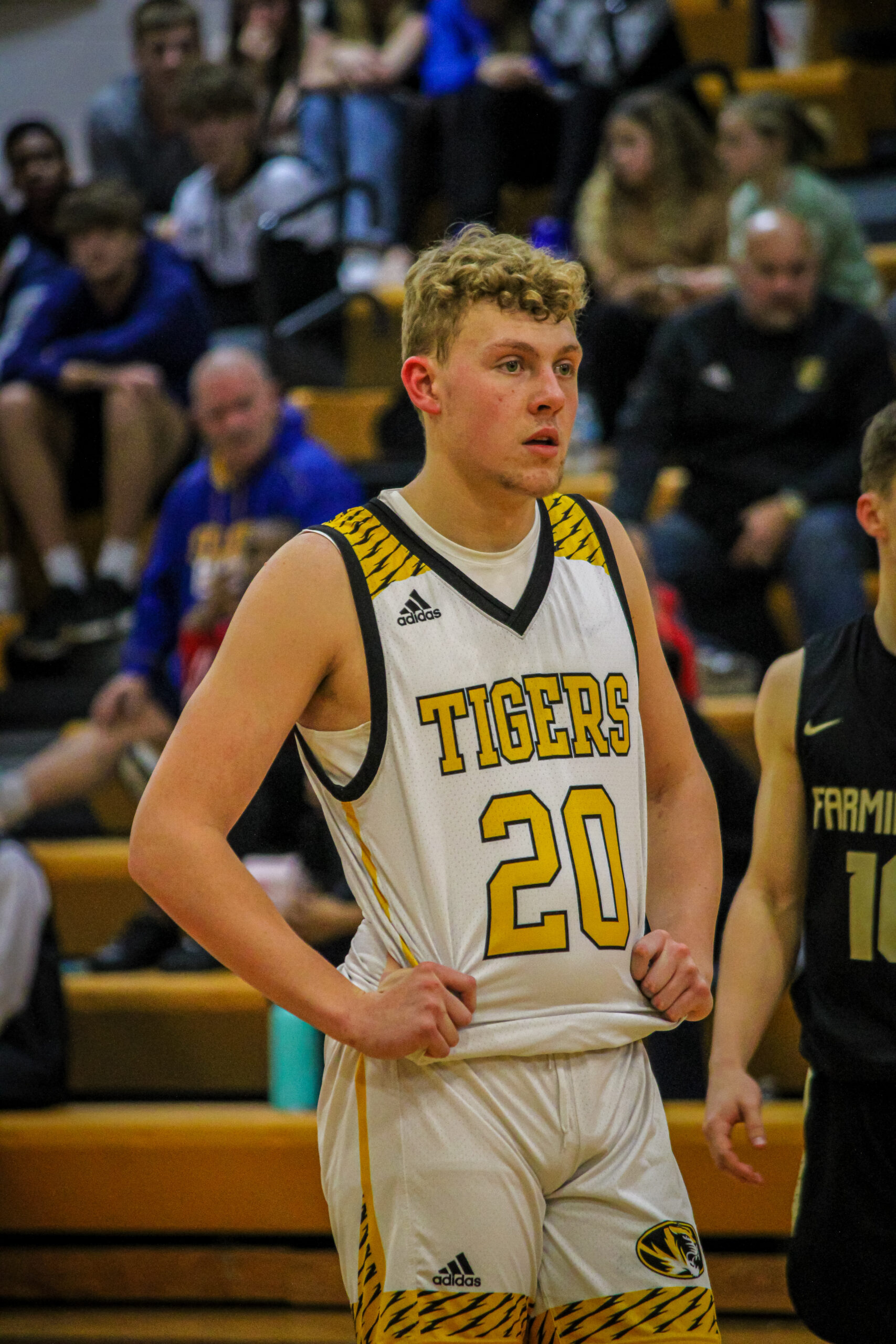 The Festus Tigers take down the Windsor Owls and the Conference Title Friday with a 77-54 victory on Senior Night.

With a chance to clinch the Conference Championship on Friday night, the Festus Tigers didn’t disappoint. The Boys Varsity Basketball team hosted the Windsor Owls on Senior Night and sent their opponents packing with a convincing 77-54 victory. The win was their sixth in a row, made them a perfect 7-0 in the conference and clinched the championship. Quite the evening in Festus.

The night didn’t start how the Tigers had hoped however. The Owls came out hard and fast in the fourth quarter and jumped out to an early 16-12 lead. Eric Ruess kept the Tigers close with six points in the quarter, but the stage was set for an uphill battle. The second quarter didn’t do much to help with that though, as Festus dropped the frame 16-13 and the Tigers found themselves down 32-25 at the half.

With a chance to clinch the Conference Championship on the line, on Senior Night of all nights, the Tigers would need to find another gear in the second half to get it done. Head Coach Jason Therrell surely knew the gravity of the situation and had some choice words for his boys at halftime.

Whatever those words were… they worked. The Tigers came out after the break like a team possessed and dropped a 29-burger on the Owls, while holding their opponents to just seven points. Cole Rickermann hit a pair of big threes and Connor Westhoff led the charge with nine points in the frame. That swung the momentum 180 degrees and put Festus firmly in the driver seat with a 54-39 lead heading into the final quarter.

The Tigers didn’t let up in the fourth either, as they drained another 23 points and kept Windsor at bay with a 16-spot. Timely baskets and impressive work at the free throw line sealed the deal for Festus as they hit 13-of-16 from the charity stripe. They took down the win and the conference 77-54 and moved to 17-4 overall.

Rickermann paced the scoring with 20 points and was a perfect 6-for-6 from the line to keep the Owls at bay. Ruess had a big game as well with 15 points and did most of the heavy lifting in the paint with six FGs to lead the team. Westhoff’s big third quarter propelled him to a 12-point night and Collin Weinhaus was the main sniper from downtown which led to his 11 points on the night.

It was a thrilling and emotional night for Festus’ five Seniors, and they all made an impact in the game. Rickermann, Ruess, Westhoff, Weinhaus and Damarion Anderson (6) combined to put up 64 of the Tigers’ 77 points. Coach Therrell expressed his appreciation for his upperclassmen, not just for Friday’s effort, but for their tenure as Tigers. “I would like to say all my Seniors have been special kids and players for our school. There is no way we could be the team we are without any of them and they are very much appreciated.”

It was a banner day for a burgeoning basketball team that cruised through the conference and look to make a deep run in the postseason. The Tigers will have a few days to celebrate before they get back to work on Tuesday as they travel to North County to take on the Raiders.