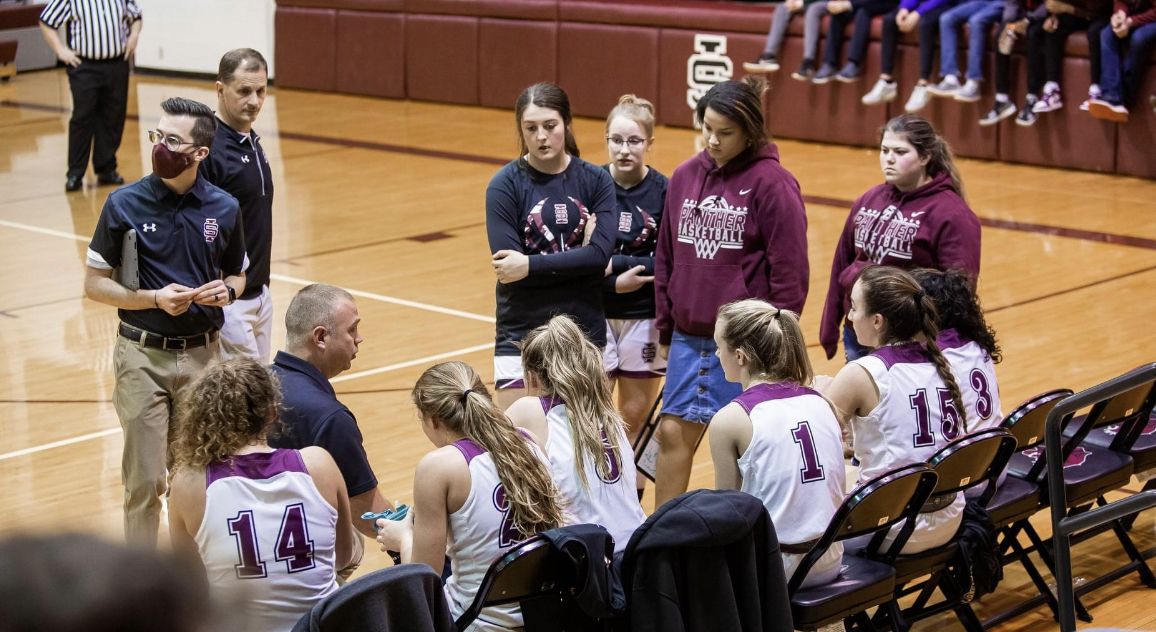 The Lady Panthers of South Iron move to 17-1 after taking down the Golden City Eagles in a fortuitously scheduled contest.

In a season that has seen its fair share of cancelations and postponements, the South Iron Lady Panthers have had to try and find additional games to fill the void and stay sharp. That was the case this past Saturday, as the Varsity squad traveled to Golden City to matchup up with fellow Class 1 standouts, the Eagles.

The Panthers were victorious once again as they took down Golden City 56-40 for their fourth straight win. Head Coach Lawrences Graves explained some of the specifics and significance of playing the Eagles, “As with the Dexter game, we were looking to fill some voids in our schedule and we were able to find Golden City also in the same boat. This game was unique for us in the fact that Golden City is Class 1. There aren’t that many class 1 schools in southeast Missouri so to play a school similar in size was something we don’t get to do too often. Golden City has a really good squad and has aspirations of winning their first district championship in program history.”

Knowing that this would be a tough test, South Iron came out firing, leaving nothing to chance. They won the first quarter battle 13-8 with solid defense, and then took down the second with a little more scoring, winning the frame 19-13. That gave them a comfortable 32-21 lead heading into the half and had them set up for another comfortable victory.

Golden City had other plans though, as the Eagles clawed back a bit in the third, winning the quarter 11-9, but that only fueled the fire for South Iron. The Panthers came roaring back in the fourth and snuffed out any semblance of a Golden City comeback with a 15-8 quarter, leading to the 56-40 victory.

Coach Graves touched on the effort saying, “Their girls were really gritty and played us a good game.  Enzley (Dinkins) set the tone for us offensively with 18 points (most of which were in the paint).  When that wasn’t working, our girls were able to move the basketball around for open shooters.”

That plan clearly worked as the Panthers got their fourth straight, and Dinkins was indeed impressive in this one. In addition to leading all scorers and dominating in the paint, she also grabbed six rebounds and dished out three assists. Having her back from beyond the arc were Maddie Ayers and Allecia Cornell, who collectively hit 5-of-10 from downtown. Ayers had 15 points, six assists, four rebounds and four steals, while Cornell had 12 points, a pair of assists and four steals as well.

The Panthers are on a roll once again and have their record all the way up to 17-1 on the season with a busy week of basketball ahead of them. The championship dream is very much alive.