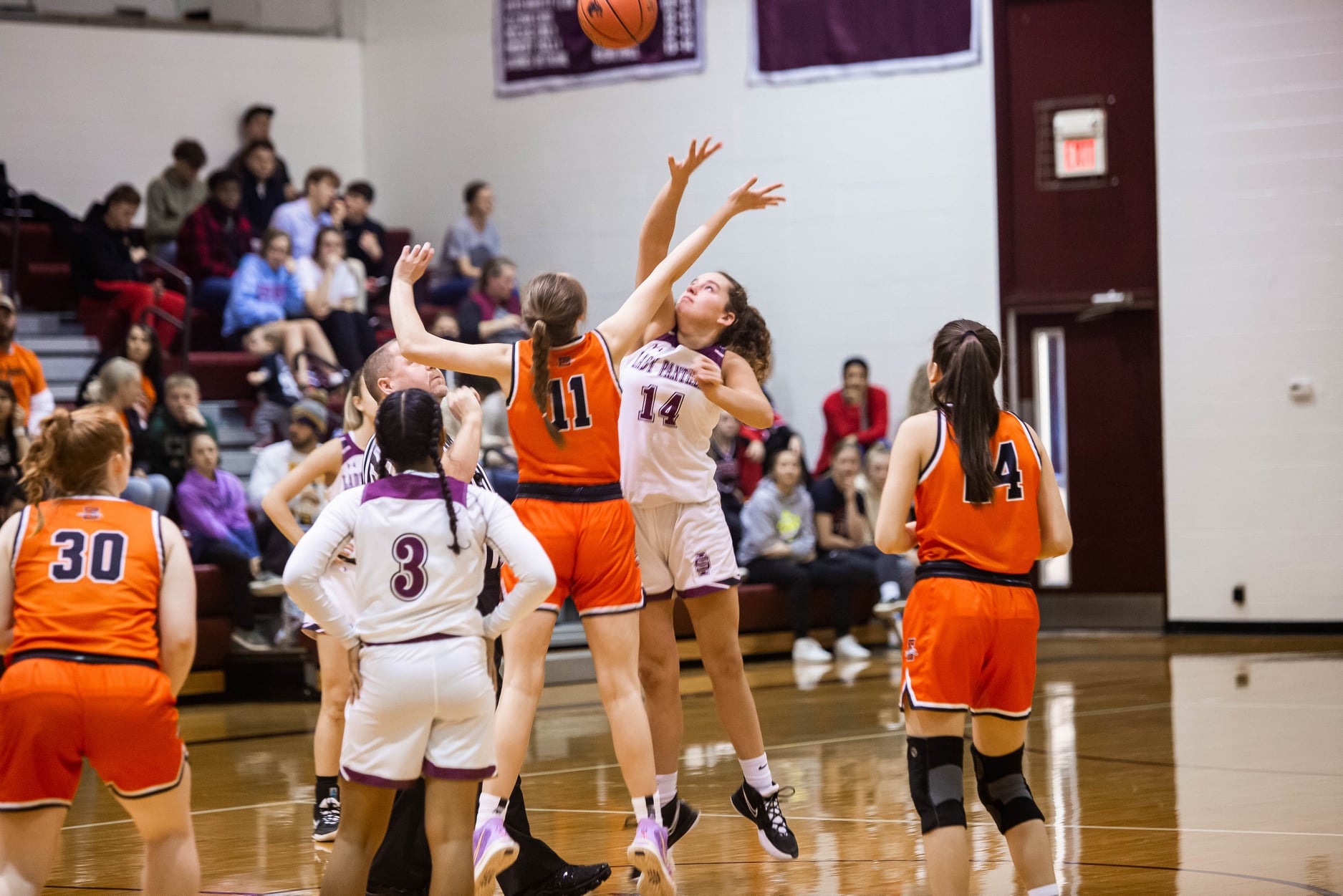 The Lady Panthers of South Iron take second place in the annual Black River League Tournament as they dust Bunker before falling to Ellington in the Finals.

The Lady Panthers of South Iron, the top seed and host team in the annual Black River League Tournament, benefitted from a first round bye before coming out of the gates in the semifinals with a blowout win over Bunker. The Girls Varsity Basketball squad kept their perfect season alive with the win, but stumbled in the finals against a very tough Ellington team, earning second place in the tournament.

The semifinal game against Bunker was more or less a foregone conclusion after the opening whistle. The Panthers broke out early with a huge lead and continued to pile on the pressure throughout the game, never taking their foot off the gas. The offense and defense worked in perfect harmony as the Panthers consistently poured in shots from the field and beyond the arc, while the defense snuffed out any chance of Bunker going on a run.

When it was all said and done South Iron had an 85-31 victory, a trip to the BRL Finals and their 13th win, which kept their perfect season intact. The scoring in this one was spread out across the board in a complete team effort, but there were a few heavy hitters involved. First off was Allecia Cornell, who was a magician from downtown. She nailed 5-of-9 three-pointers en route to a game-high 27 points and also racked up five rebounds and four steals. 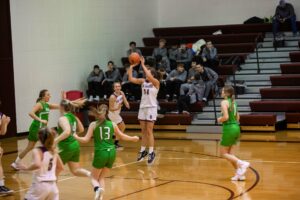 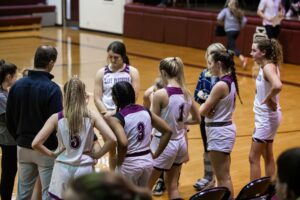 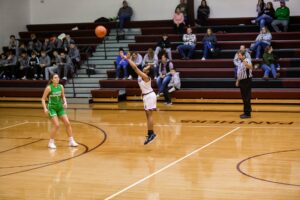 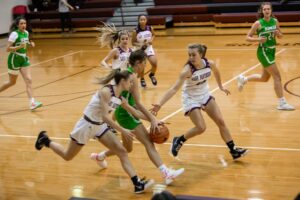 Then there was Maddie Ayers, who had the game of her life in this one with one of the most eye-popping triple doubles in South Iron history. Not only did she drain 20 points and dish out 11 assists, but she pilfered an unreal 17 steals and hit a cool 6-of-7 from the charity stripe. Speaking of accuracy, Enzley Dinkins was big as well, going 6-of-6 from the line on her way to 15 points while collecting five steals and leading the team in rebounds with nine.

So the finals were set and the Panthers were slated to square off against the Ellington Whippets, whom they had already bested earlier this season. Unfortunately, Ellington was geared up and seeking revenge… and they brought it early and often. The Whippets took down the first quarter 14-10 before stepping up their game to another level in the second where they trumped South Iron to the tune of a 15-8 frame, giving them a substantial 29-18 lead heading into the break. 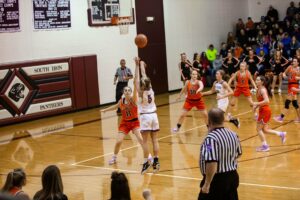 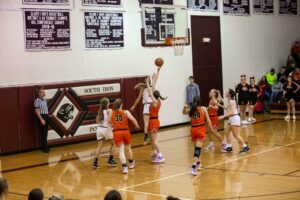 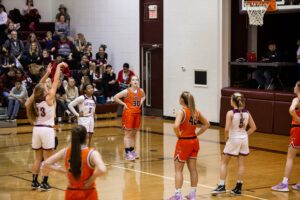 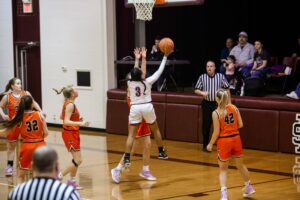 The Panthers would come out in the second half trying to cut into the deficit, but Ellington kept the pressure on and won the third quarter 16-13. That gave the Whippets a 14-point advantage going into the final eight minutes of play, and despite South Iron’s best efforts, which included winning the quarter 9-7, it just wasn’t enough. Ellington got their revenge with the 52-40 victory en route to their second BRL Championship in the last three years.

The Panthers took it on the chin a bit in the finals, but still had some standout players in the game. Ayers accounted for half the team’s points with a 20-spot on 6-of-17 shooting, but also had eight turnovers in the game, which was a bugaboo for South Iron overall. Defensively, Drew Gayle and Dinkins were the headliners with 10 and 12 rebounds, respectively.

All in all, it was a rollercoaster of a tournament in the midst of a season that had previously seen only highs. The loss in the finals is a bitter pill to swallow, but this Panthers squad is 13-1 on the year and isn’t going away. In fact, you can bet your paycheck that they’re going to use this game as fuel to stoke the furnace that is the drive and determination of a State Championship caliber team.

The Lady Panthers will look to rebound on Thursday as they travel to Viburnum in search of their 14th victory.