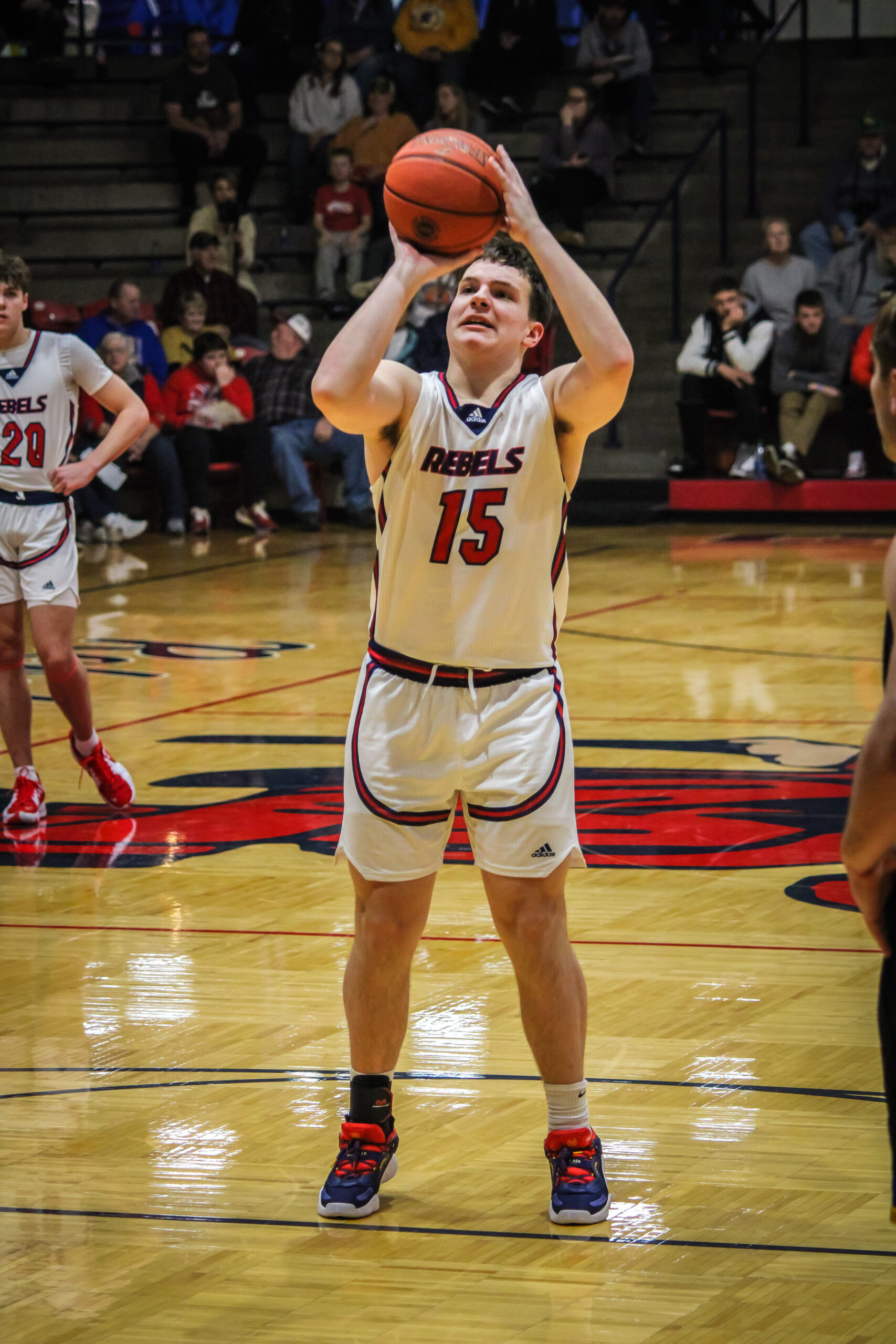 The Park Hills Central Rebels Boys Varsity Basketball team took to the courts twice last week and earned a 1-1 result for their efforts.

Two more games are in the books this week for the Park Hills Central Rebels as the high school basketball regular season inches closer to the finish line. The Boys Varsity squad battled Confluence Academy and Potosi high school this past week and split the games, going 1-1, with a third game against Sikeston postponed for a second time.

The week started off on Tuesday, January 18th as the Rebels traveled to St. Louis to face the Titans of Confluence Academy. This was a barn-burner from the beginning, as both schools opened the first quarter with hot hands. Central jumped out to an early four-point lead after the first, 21-17. The Rebels put up an other 21 points in the second, but Confluence edged them out with 22, cutting the half-time lead to only three, 42-39.

The third quarter was back and forth as both schools vied for the lead, but Central was able to open up their lead a bit, scoring 18 to Confluence’s 15, making it a 60-54 game with one quarter to play. Unfortunately for the Rebels, the Titans out-gunned them in the final quarter big time, amassing a ridiculous 27 points to Central’s 17 to take the victory by the score of 81-77.

Jobe Bryant and Caden Casey did most of the work for Central. Bryant alone was responsible for 32 points, including going 18 of 22 from the free-throw line. Casey did 23 points worth of damage as well, shooting 60% from the field, and also grabbed nine rebounds. Kendall Horton provided a double-digit effort with 11 points, as well as seven rebounds.

Fresh off the close loss, Central couldn’t have been feeling great about their fourth quarter collapse. However, there was no time to sulk, as up next up were the Potosi Trojans only three days later on Friday, January 21st. This league match-up ended up being bad news for Potosi, as Central was ready to avenge their loss.

The Rebels came out with guns blazing, as they rippled the twine for 22 points in the first quarter, and defensively shut down the Trojans, holding them to a mere eight. The second quarter was another scoring frenzy for Central as they tallied 24 more, and again kept their opponents to only ten, giving the Rebels a huge 46-18 lead going into the break.

With Central scoring at will, there wasn’t much hope for Potosi mounting a 28-point comeback. Central didn’t hesitate in the third quarter, and piled on with another 23. With the game in the bag, the Rebels finally took their foot off the gas in the fourth to easily win the game by the score of 74-42.

This was a fun one for the team, as every roster member scored at least a handful. However, Casey led the charge with 19 points, while also ripping five steals. Just behind him was Bryant with 16 more and four steals. Grant Manion was all over the boards, snagging 10 rebounds, to go with his seven points and four assists.

It was all smiles for the Rebels after playing some of their best basketball as a team this season against Potosi, erasing their tepid finish versus Confluence earlier in the week. The Rebels are now 11-3 with eight games left to go in the regular season. Next week, the boys will be in action three times, starting off with back-to-back games against West County (Leadwood) and Fredericktown on Tuesday and Wednesday. Then they finish off the week with an important league game against St. Genevieve. Good luck, Rebels!