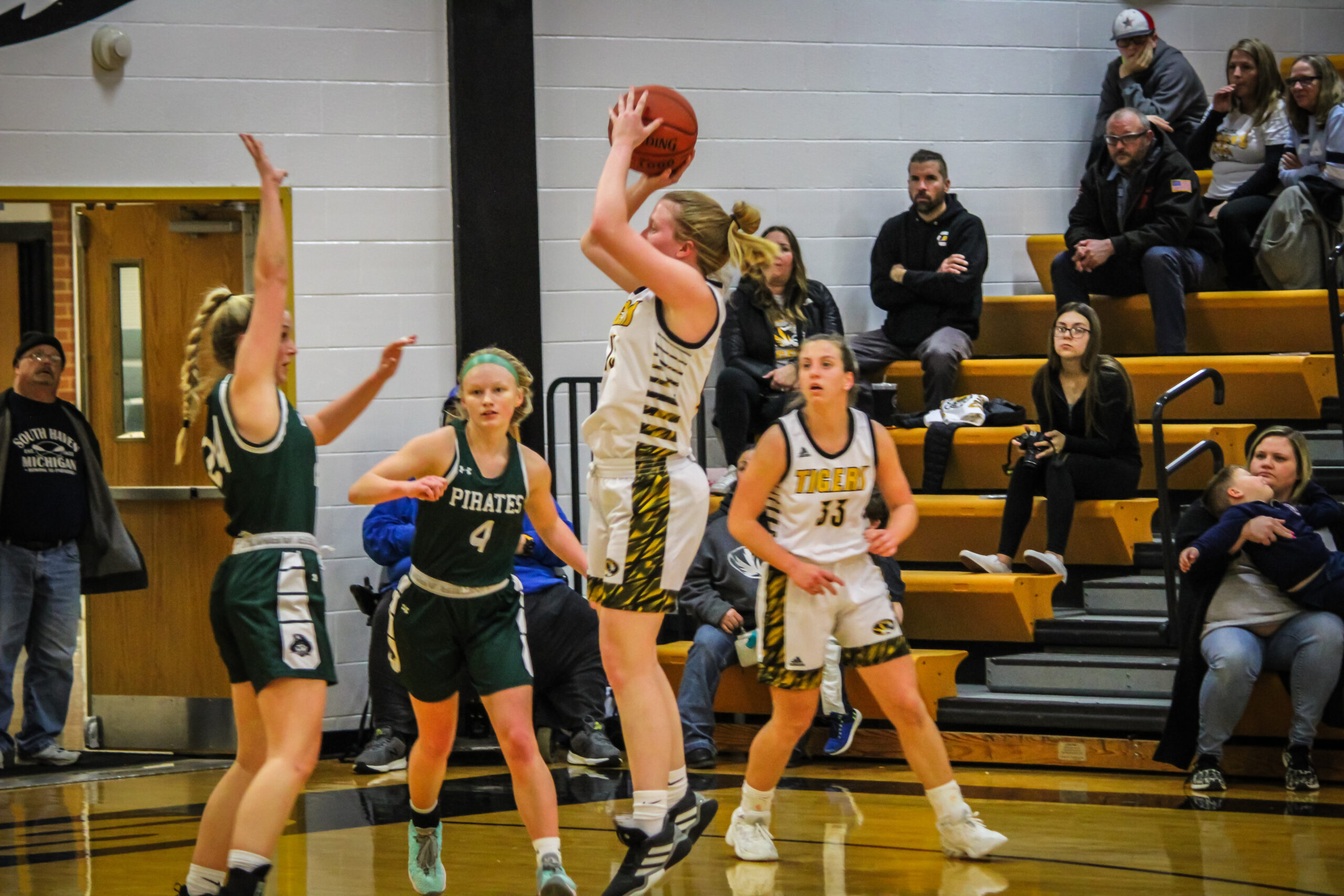 The Festus Tigers Girls Varsity Basketball team drops a heart-breaker to Perryville to fall to 12-5 on the season.

Coming off a big win over their rivals, the Hillsboro Hawks, the Festus Tigers had just one matchup this week, and it didn’t quite go as planned. The Girls Varsity Basketball squad struggled in the second half against the Perryville Pirates and, as a result, narrowly succumbed to defeat. The 54-50 loss dropped the Tigers to 12-5 on the season.

The game started out great for the Tigers, as they used a big first-quarter performance from Mya Courtois (six points) to take an early 17-10 lead. They kept that momentum rolling into the second frame with another 16 points on the scoreboard and held the Pirates to just 11. Courtois had nine points in the half, including a big three-pointer in the second quarter, and Emily Holt had six points to give the Tigers a commanding 33-21 lead at the break.

Head Coach Steve McFarland commented on his girls’ performance over the first 16 minutes, saying, “We played very very well to start the game. Aggressive on defense and executed well on offense.”

The second half, however, was a different story entirely. The Pirates flipped the script in this one as they were the true aggressor in game’s final two quarters. They put up a game-high 19 points in the third and held Festus to just seven, which knotted the score at 40 heading into the final eight minutes. The Tigers fought back with a ten-spot, but Perryville kept the pressure on until the final whistle with another 14 of its own and won the game 54-50.

Coach McFarland shared his thoughts on how the game unfolded. “The third quarter we let Perryville take it to us. They were the aggressive team in the second half. We shot 2-for-9 from the floor in the third quarter. We have to be stouter on defense. We let them to the rim too many times.”

Holt led the way in scoring in this one with 15 points and completed the double-double with her team-high 11 rebounds. Courtois used her big first half to put up 10 points and Kinsey Benack was the only other scorer in double digits with 10 of her own. She had four rebounds and five assists as well, but Josie Allen was the big distributor with seven dimes and also led the team in steals with five.

The Tigers dropped to 12-5 after this one, but are still having a fantastic season. They will look to get back into the win column on Monday as they travel to Saxony Lutheran with a chance to move to 13-5.