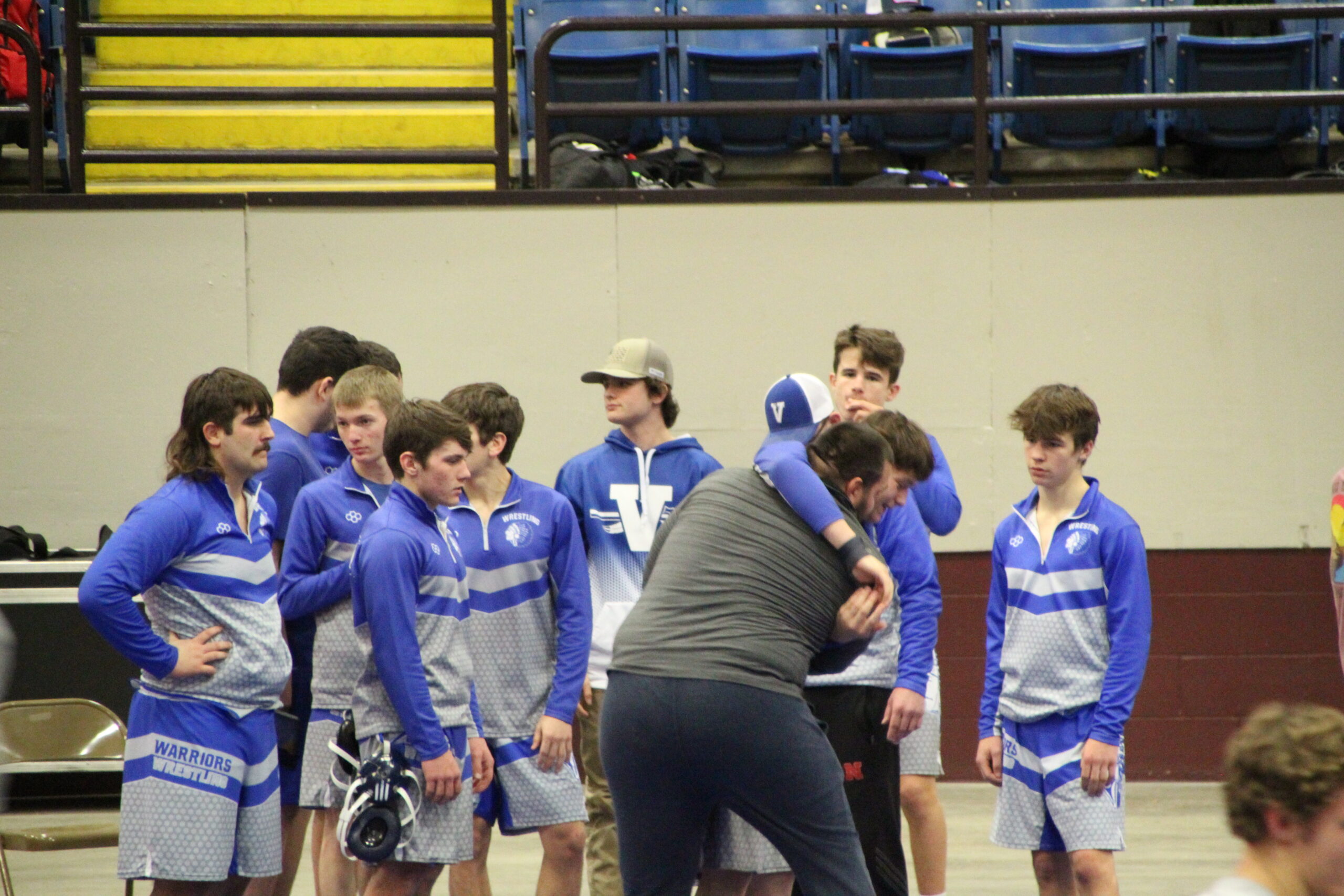 The Valle Catholic Warriors wallop Park HIlls Central, Potosi and Maplewood to improve their record as the season nears its final weeks.

It was a great week of competition for the Valle Catholic Varsity Wrestling team, as they competed in three duals and won them all. In typical Warrior fashion, the team dominated their opposition, easily defeating Park Hills Central, Potosi and Maplewood.

On Tuesday, January 11th, Valle wrestled against the Central Rebels squad. The team won seven matches, six of which were by pin. Connor Clanton, Joseph Flieg, Eli Rowles, Joshua Bieser, Tucker Bertrand and Timothy Okenfuss each picked up a six-point pin for their team. Kaden Gegg had the lone decision victory by the score of 12-8, as the Warriors won the meet in impressive fashion, 51-18.

Next up was a trio meet between Valle, Potosi and Maplewood taking place on Thursday, January 13th. The Warriors squared off against Potosi in the first dual. Again the team won with six pins. This time the grapplers were Rowles, Okenfuss, Noah Elbert, Clanton, Flieg and Bieser all earning the pins to get the dual victory by the huge margin of 66-6.

Head Coach Jacob Gegg noted a particularly impressive feat, and commented, “Bieser recorded his 100th career victory in our dual against Potosi. Josh is the second Valle wrestler to accomplish this feat. He was basically able to do this in just three seasons, as he only recorded seven wins his Freshman year. He now stands in position to become Valle’s all time win leader before the end of the season.”

Finally, the Warriors tangled with Maplewood in the last dual of the week. There were five victors with pin falls, which included Will Kuehn, Flieg, Rowles, Jacob Calbreath and Elbert. Valle upended Maplewood by the final score of 66-12.

Gegg was complimentary of his team’s performance, and noted, “As a whole we had a pretty good week. We wrestled well and wrestled smart, and the team scores reflect that. We continue to improve each week, which is a great thing. Hopefully we can close the gap with some district opponents that we had individual losses to earlier in the year. Most of our team are either first or second-year wrestlers, and those are the kind of athletes who usually show the most growth from week-to-week and have the biggest jump in wrestling ability throughout the season.”

The schedule is certainly heating up and every match counts, as the Warriors continue on the path to glory. With the district tournament only weeks away, Valle needs to keep the momentum rolling.