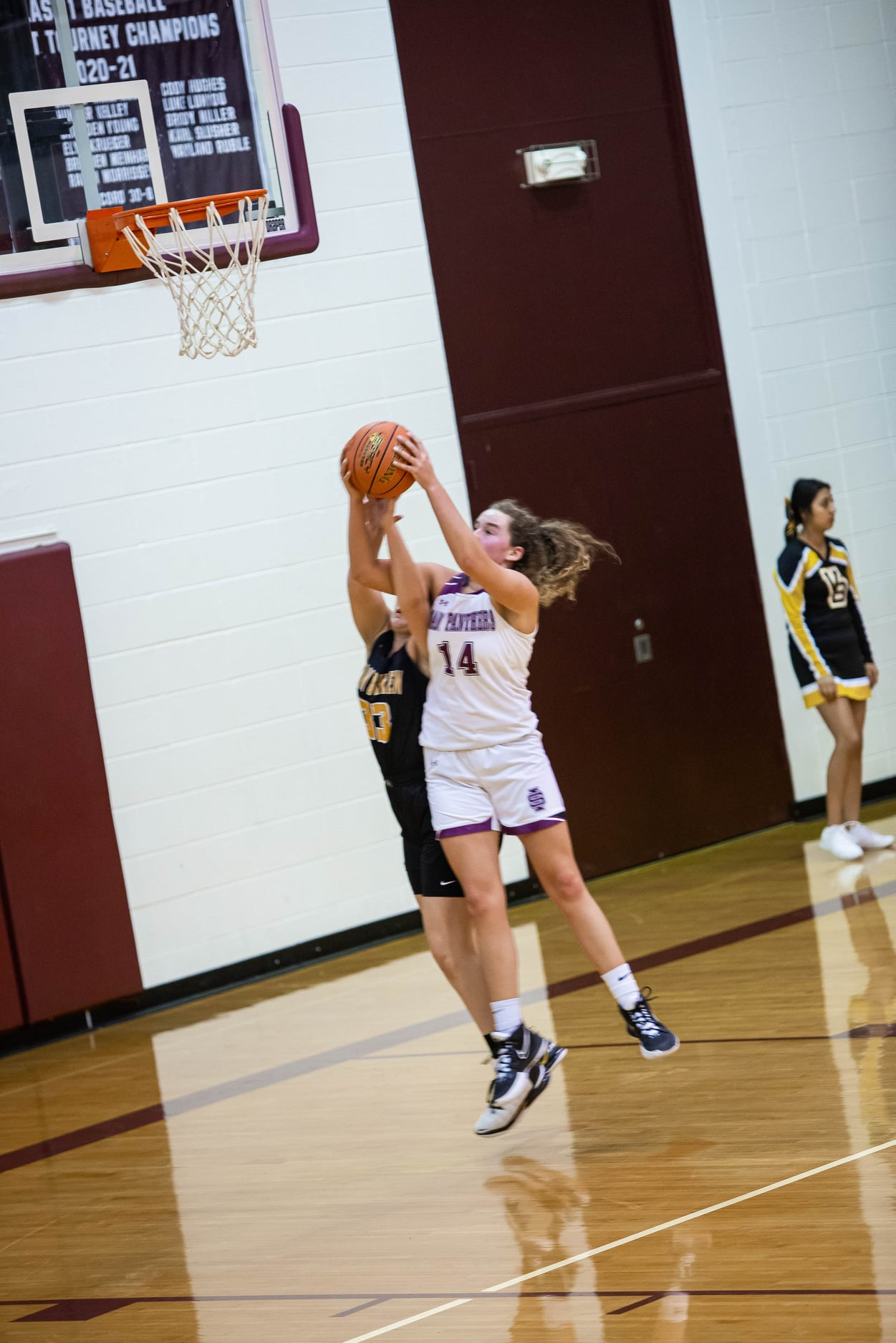 The Lady Panthers of South Iron move to a perfect 12-0 on the season, taking down Van Buren, before gearing up for the Black River Tournament.

The Girls Varsity Basketball squad from South Iron hosted Van Buren on Tuesday and made short work of the Bulldogs, as the Panthers used a 75-54 drubbing to move to a perfect 12-0 on the season. They were denied a shot at their 13th victory, however, as their game against Twin Rivers was cancelled on Friday due to illness on the opposing side.

Let’s focus on the win though. The Panthers were champing at the bit in this one, and came out of the gate hungry with a monstrous 22-4 first quarter. That pretty much set the tone for the game and provided them a lead they would never relinquish, but the Bulldogs did have some fight in them. They came out in the second quarter and managed an impressive 20 points. Fortunately for South Iron fans, the Panthers put up 21 of their own and added to their already impressive lead.

Up 43-24 at the break, South Iron pretty much just had to execute damage control for the second half, but they kept their foot on the gas in the third quarter with another offensively stout 22-point showing. They kept the Lady Dogs at bay as well, holding them to just 13 and setting up a fourth quarter that was destined for cruise control. Van Buren put up 17, but it was a lost cause, and the Panthers coasted to a 75-54 victory and kept their perfect season alive.

Maddie Ayers was the lynchpin in this one as she led all scorers with 23 points and was huge on both ends of the court as she had team high totals in assists (six) and steals (five). Anna Parker was the big outside shooter, hitting 3-of-7 from behind the arc, helping her to 17 points, and she also led the team in the paint with five rebounds. Enzley Dinkins was the only other scorer in double digits, as she drained 15 on a pristine 7-of-8 shooting performance from the field.

This Panthers team is firing on all cylinders and they have to have high hopes after such a fantastic start to the season. They will look to keep the winning streak going and their perfect season alive this week as they put it all on the line in the Black River Tournament.