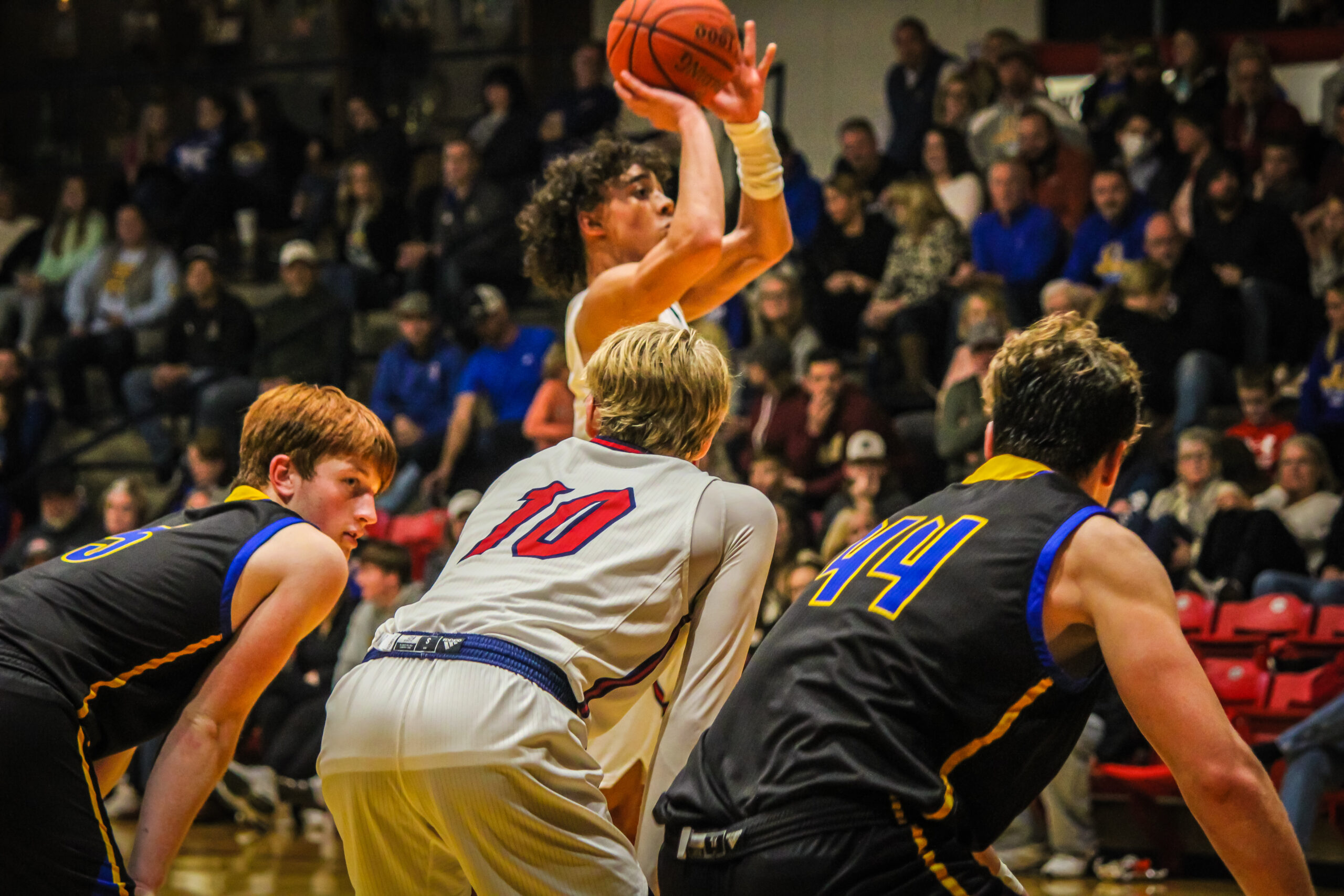 The Park Hills Central Rebels are back on track after a 10-day hiatus as they rip through North County, defeating their cross-town rival 74-53.

It had been almost two weeks since the Park Hills Central Boys Varsity Basketball Team last was in action. With their game against Sikeston being cancelled, the team had a long layoff, which can be good for healing injuries, but potentially bad for staying mentally sharp. However, the extra time off didn’t seem to affect the Rebels as they stomped the Raiders from North County, their cross-town rivals, in the first conference game of the year, winning 74-53.

The game started off fast and furious as both teams tickled the twine in the first quarter quite a bit, with Central edging out North County 17-15. Kendall Horton had nine of his 15 points in the quarter to help provide the two-point cushion. In the second, the Rebel defense stood strong and held the Raiders to only 10, as Central extended their lead with an additional 18 points to take a 35-25 lead into halftime. Getting big in the paint, Grant Manion had all six of his points in the second.

The Rebels really took over in the third, pounding the Raiders with 23 more points. Jobe Bryant was on fire in the quarter, putting up 13 of his 26 total points. Up by 16, the final quarter was a cake-walk for Central, as North County stood little chance of closing the gap. The Rebels easily held on to the lead, and came out with a 21-point victory, 74-53.

Assistant Coach Mark Casey was pleased with the outcome, and commented, “We were kind of worried that with such a long break we might be a little rusty, but we played pretty good overall.” He continued, “Bryant and Caden Casey did a nice job of handling the ball against North County’s full court pressure and it was a quality group effort from everyone on the defensive side of the ball.”

The big win was an excellent way to kick off the three-day weekend, but there’s no time to rest because the Rebels now have a busy week coming up. Central’s scheduled is stacked next week with games against Confluence Prep on Tuesday, January 18th, a make-up game with Sikeston on Wednesday, January 19th, and finally challenging Potosi on Friday, January 21st. Good luck Central!