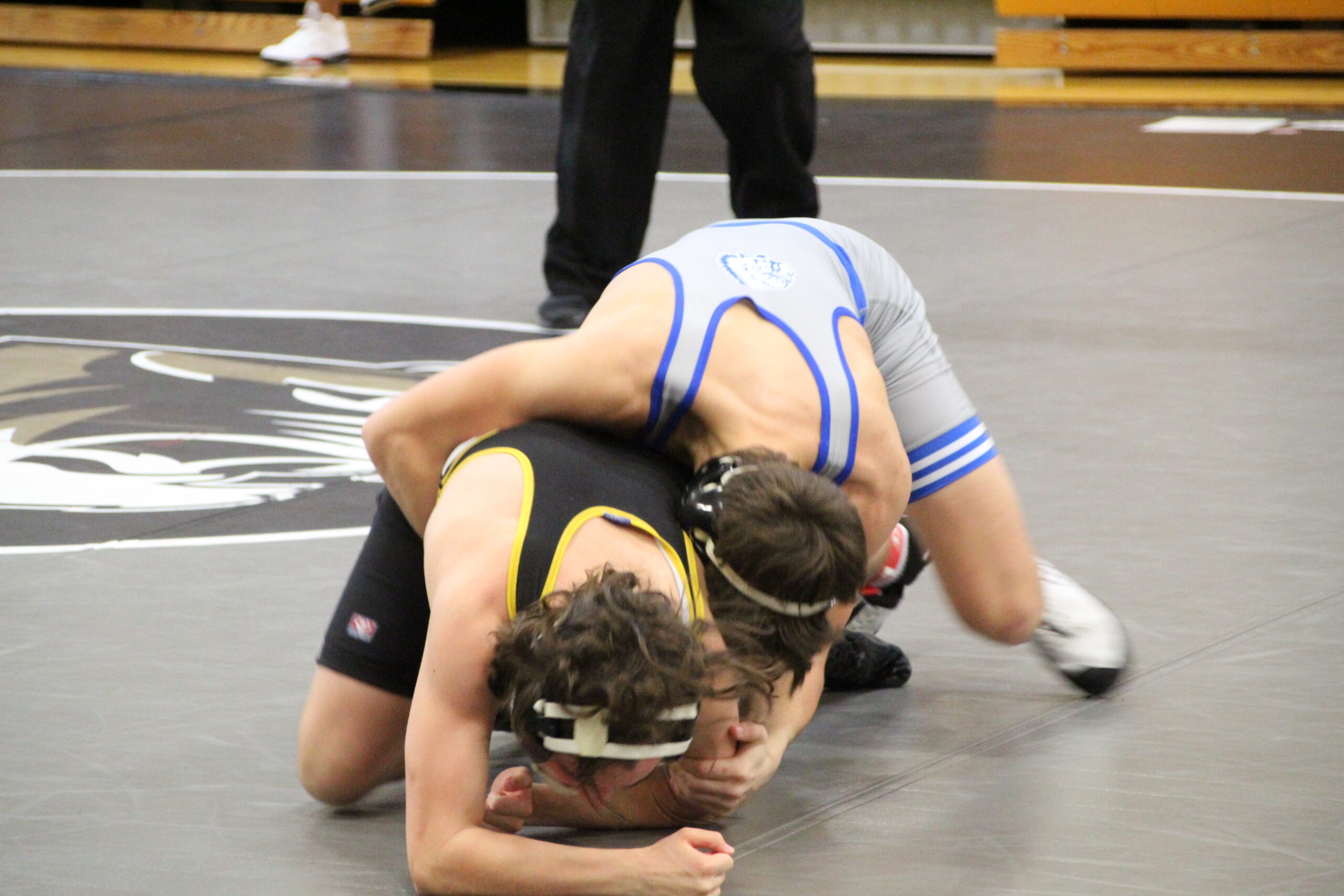 It was a big weekend of action for the Valle Catholic Warriors Varsity Wrestling Team as the boys traveled to compete in the Ste. Genevieve Dual Tournament. The Warriors were one of six competing schools, which also included Windsor, Mehlville, Owensville, Dexter and host school the Ste. Gen Dragons. The event took place this past Saturday, January 8th, and Valle successfully brought home a third place result as a team.

In the round one dual, the Warriors took on Owensville. It was a close match, but Valle hung on for the victory 39-32. Joseph Flieg, Payton Heberlie, Joshua Bieser, Jacob Calbreath and Noah Elbert each won by pin, while Gavyn Joggerst won a decision.

The Mehlville Panthers were on the other side of the mat in round two. The Warriors hammered their opposition and won by the score of 63-12. This time the there were three pin victories, with Kaden Gegg, Timothy Okenfuss and Calbreath all bringing home six points. Tucker Bertrand won by decision.

In round three, Valle was pitted against the mighty Windsor, and the Owls defeated the Warriors by the score of 45-36. Five Warriors earned pins in this one, including Will Kuehn, Bieser, Okenfuss, Calbreath and Elbert.

Round four swung back in favor of Valle as they defeated Dexter 48-36. Flieg, Joggersty, Bieser, Okenfuss, Calbreath, Elbert and Kuehn each won by pin.

The final round of the day saw Ste. Gen make quick work of Valle, dispatching of the Warriors by the score of 60-16. Bieser won by pin, while Calbreath won by major decision.

Head Coach Jacob Gegg was complimentary of his team’s performance, and said, “We battled really well throughout the day and were in most of the matches even in our dual losses. We have definitely improved over the Christmas break, and in the end, that was the result we were hoping for. Now we have some confidence to build off of and make a push towards the end of the season.”

Valle turned in a fine performance on the day with a final team record of 3-2, good for a third place finish. The Warriors will now only have a day to recover as they get set for the Park Hills Tri meet on Monday, January 9th, and a home meet on Thursday against Potosi.