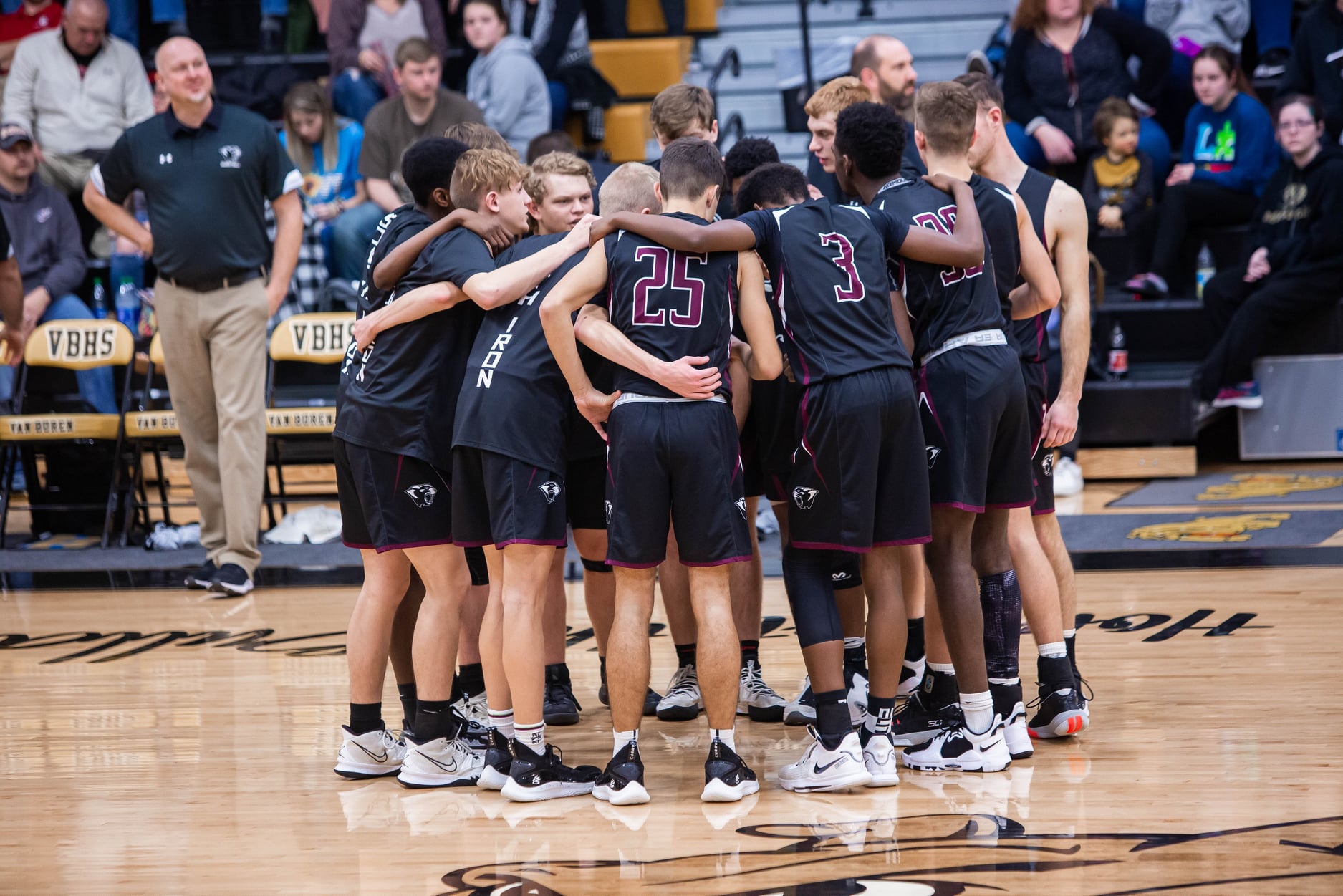 The South Iron Panthers Boys Varsity Basketball team moves to 13-2 on the season after a 2-0 week that includes a big win over Alton at the Van Buren Shootout.

The South Iron Panthers Boys Varsity Basketball team had yet another successful week as they took down Bunker and then bested Alton in a hard-fought Van Buren Shootout win to move to 13-2 on the season.

The game against Bunker was certainly the easier of the two challenges this past week. The Panthers wasted no time in this one, going up 19-9 in the first quarter, and had both their offense and defense working in perfect harmony. The second quarter showed a bit of resistance from Bunker, with a 15-13 advantage for South Iron, but the Panthers still owned a substantial 34-21 lead at the break.

Halftime didn’t provide Bunker with any miracles, as South Iron kept the line moving with a 16-10 third quarter and followed that up with the finishing blow. They won the fourth 15-7 and that was all she wrote as the Panthers cruised to a 63-39 victory and bumped their record to 12-2.

Drenin Dinkins was the offensive and defensive horse in this one with 31 points and ten rebounds, while making five three-pointers and locking down 8-of-10 free throws. DJ Prater was next in line with 13 points and Jermartez Burse had 11 of his own to round out the notable scorers.

Then, after a handful of days off, the Panthers attended the Van Buren Shootout on Saturday, and had their work cut out for them in the form of a tough team from Alton. The Panthers stumbled a bit out of the gate, as Alton used their size advantage to jump on top early with a 20-18 first quarter. South Iron adjusted defensively in the second, but the offense still hand’t established a rhythm, as they found themselves down by one (28-27) heading into the halftime break. 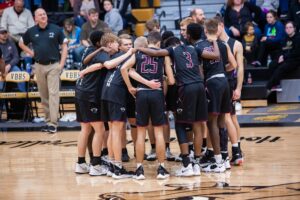 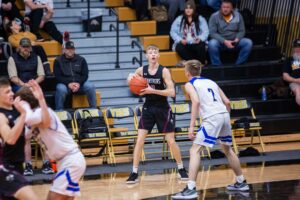 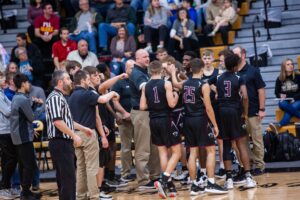 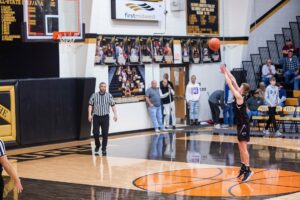 The third quarter didn’t offer much resolve as Alton stayed strong and won the frame 16-13 to extend their lead to four points. The Panthers, however, didn’t feel like going down easy and decided to take it to the next level when it mattered most. They dominated the fourth quarter in glorious comeback fashion and blew Alton’s doors off with 23 points, while keeping them at bay with just 11 points allowed. South Iron showed their metal in the final eight minutes with crucial free throws down the stretch, and truly earned the hard-fought 63-55 victory.

Head Coach Dusty Dinkins tells the story best, saying, “Alton is a very good team with two really good guards and a 6’5 post man. We are very proud of the way our team battled through adversity. We trailed Alton at the end of each quarter leading up to the 4th. The 4th quarter we had a tremendous effort defensively and were able to catch a couple of breaks and seize the lead. Overall, a gritty performance from our team!”

Drenin Dinkins was once again the scoring hero with another 30-point effort that included four from beyond the arc and 6-of-7 at the charity stripe. Prater was huge in this one as well , racking up a double-double with 17 points and 10 boards, while Champ McMurry was the only other player to score in double figures with 10 of his own.

The Panthers haven’t rested on their laurels after their third straight Christmas Tournament Championship. Instead they’ve used it as a springboard to propel them onto the freeway of winning basketball… and the exit is nowhere in sight.

Their next challenge is against Greenville on Friday 1/14 and the road ahead looks clear of obstacles.