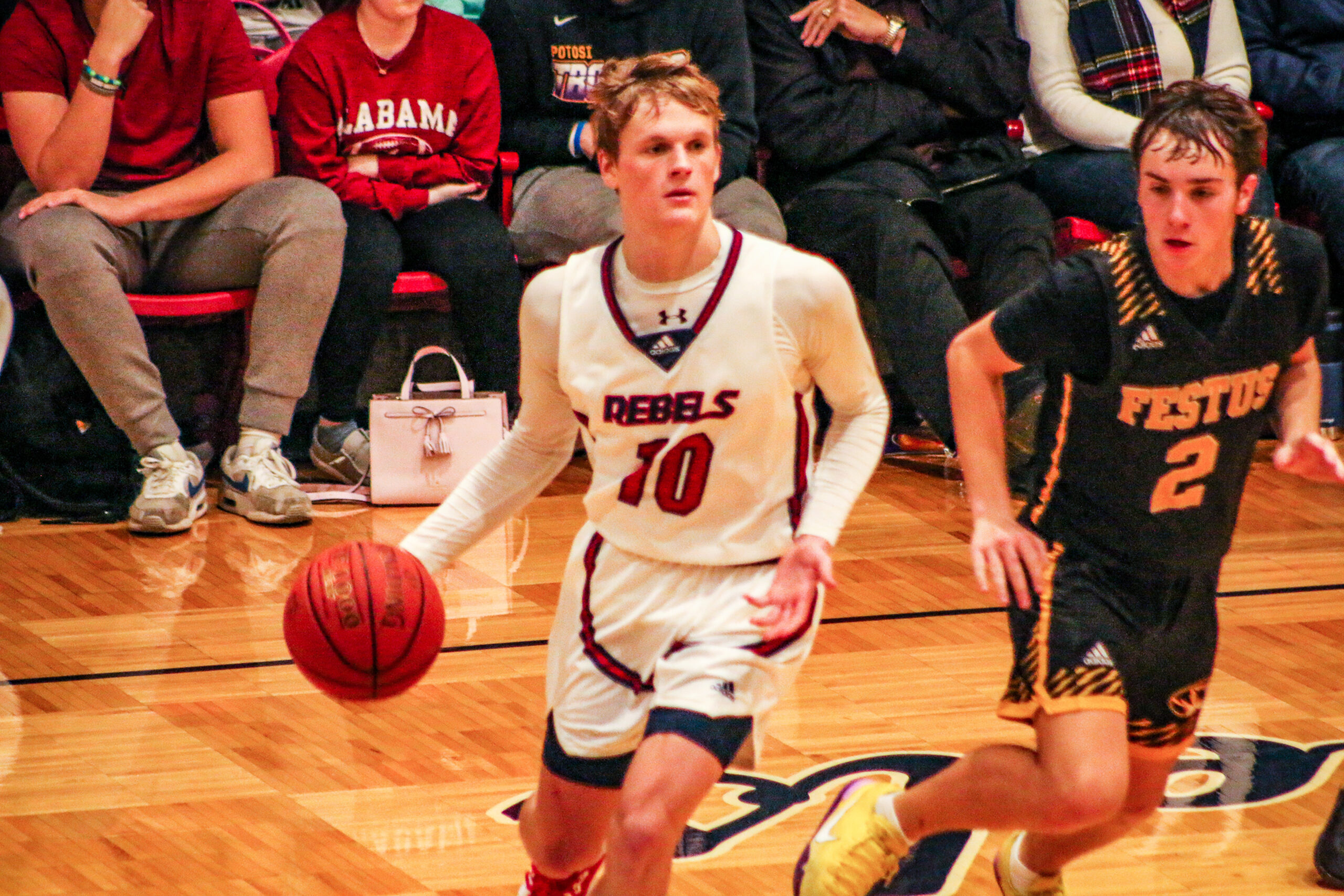 Central Basketball Holds on for Win over Saxony Lutheran

After jumping out to a large first half lead, the Park Hills Central Rebels Varsity Basketball squad lock it down late to edge out the surging Crusaders for the narrow 51-48 victory.

High School Boys Basketball is back into regular season action this week, and out of the gate the Park Hills Central Rebels Varsity Team had a fight on their hands. The Rebels hosted the Saxony Lutheran Crusaders in a game that took place last Tuesday, January 4th. The Rebels successfully fended off their foes though, winning the tight three-point battle, 51-48.

In the first quarter, Central took a commanding lead 14-7. Caden Casey and Jobe Bryant both put up five in the frame to give them some breathing room. The Rebels managed to put up an additional 15 points in the second quarter, including nine more from Bryant, but allowed Lutheran to also score 13. Up by nine, Central took a hefty 29-20 lead going into the break.

H0wever, that nice cushion of a lead didn’t last long. Lutheran came out hot in the second half, cutting it down to only four points, as they rallied for 18 to Central’s 13. The Rebels needed to at least pace the Crusaders in the final quarter to get the victory. Fortunately, the defense stepped-up and they managed to do just that, scoring nine to the Crusaders’ 10. They held on to the three-point margin and the win, 51-48.

For Central, Bryant did it on both sides of the ball. He fought for his team, racking up an incredible 26 points by shooting 50 percent from the field. He also lead the way with eight rebounds, while Kendall Horton was also key, contributing eight points. Grant Manion got involved, supporting his crew with four points and seven boards. Solid free throw shooting was also necessary, as the Rebels sunk 14 of 25, for 56 percent, which was good enough to get the job done.

This win was the only game on the week, as the Friday game with Frederictown was cancelled due to weather. The now 9-2 Rebels will gear up for two more games this coming week. First up will be Sikeston on Tuesday, January 11th, followed by another game versus North County on Friday, January 14th.

Central Basketball Holds on for Win over Saxony Lutheran