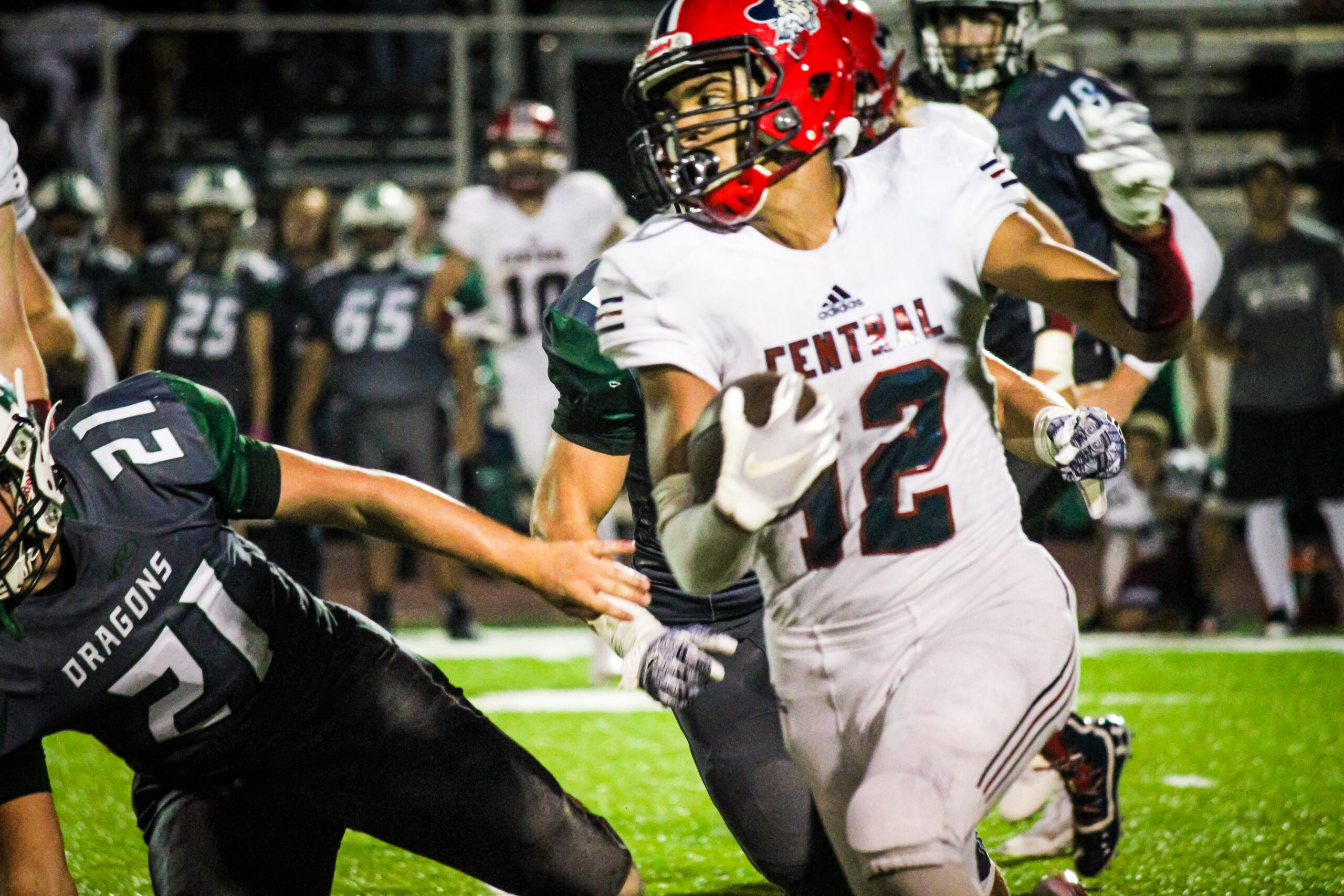 Dayshawn Welch’s incredible football career will continue at Southeast Missouri State University, as he signs his letter of intent to play D1 ball.

Playing football seems to come naturally for Dayshawn Welch. On the gridiron, the Park Hills Central running back seemingly couldn’t be stopped. With the ball in his hands, defenses everywhere trembled in fear when this young man headed their direction. Whether it was straight ahead or cutting across the field, Welch was basically untouchable during his high school football career.

He excelled so much at the high school level that several colleges came knocking on his door, but only Southeast Missouri State University gets the honor of retaining his services. On Wednesday, December 15th, National Letter of Intent Day, the Rebels star Running Back committed to SEMO to play Division 1 ball.

After smashing nearly all of the Park Hills rushing records, and earning even more postseason accolades, Welch could have written his own ticket. But after mulling the decision for the first semester of his Senior year, Welch cut away the fat and chose to go with SEMO.

As for his pedigree, the Central Rebels had an impressive season, and many of their accomplishments can be attributed to Welch. For the last three years, Welch was named to the First Team for All-Conference, All-Region and All-District. He was the Conference Player of the Year for all three years as well, and was also named Third Team All-State in 2019 and Second Team All-State in 2020 and 2021.

Welch was not only a top tier player, but one that will not be forgotten by the Park Hills football program for a long time. From 2018-2021, he set the Park Hills record for total points with 434, from 71 touchdowns and four two-point conversions. He is now the career rushing leader with 5278 total yards on 544 carries, with 66 touchdowns and an average of 9.7 yards per carry. That’s nearly a first down every time he touched the ball!

Finally, he set the single-game scoring record this past season in a game where he scored five touchdowns for 30 points, breaking his own record he had set with four touchdowns just two weeks prior.

Head Coach Kory Schweiss was his biggest supporter, and gushed “All I can say is he had an outstanding career. Every time he touched the ball, it was a potential touchdown. He was unbelievable.”

What more needs to be said? Except congratulations and good luck, Dayshawn. The Ameritime Sports family holds you in the highest regard and wishes you ultimate success.