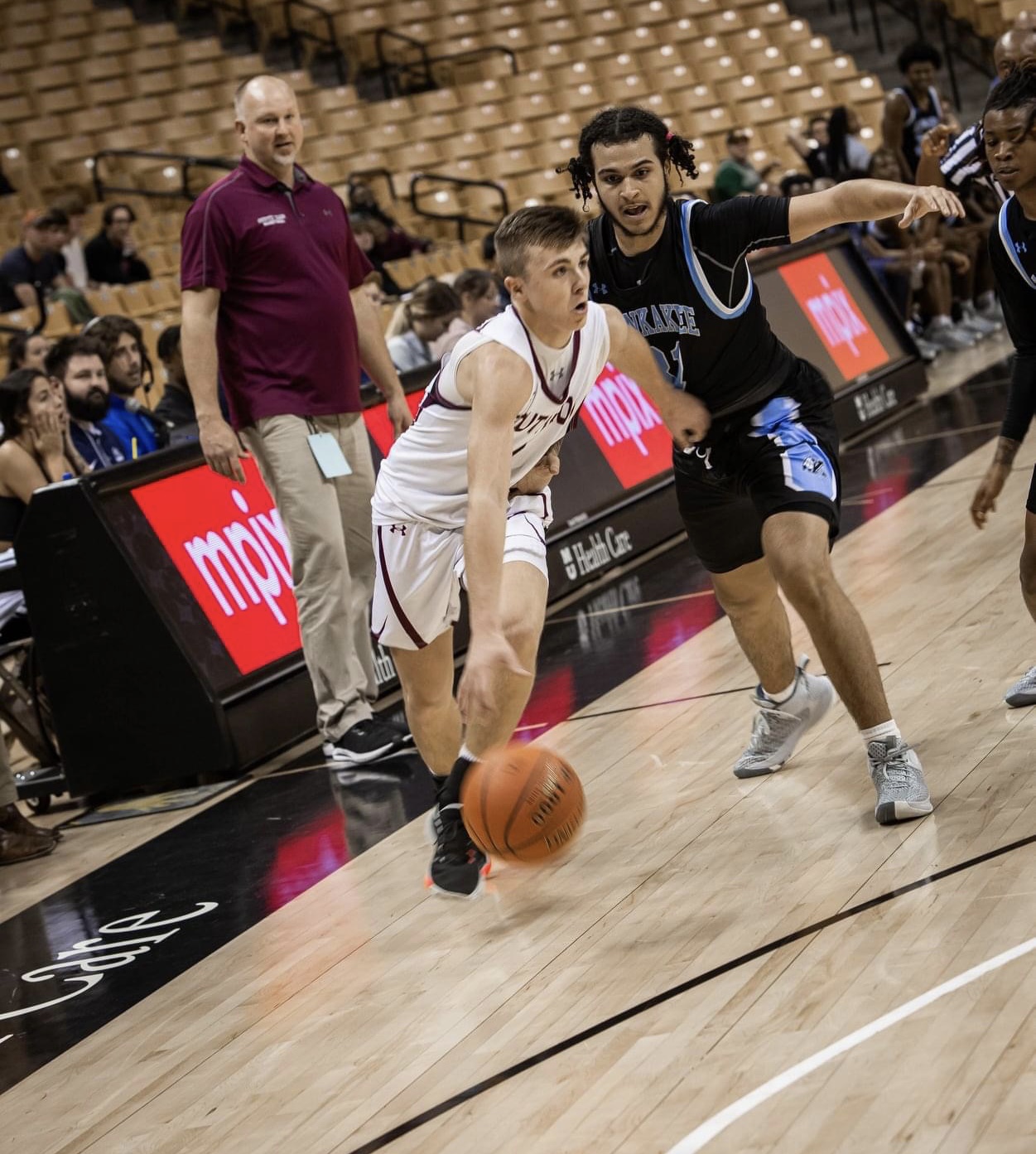 The South Iron Panthers Boys Varsity Basketball team travels to the Mizzou Tigers’ stomping grounds on Friday, but drops a 73-69 nail-biter in overtime for their first loss of the season.

The South Iron Panthers Boys Varsity Basketball team traveled to Columbia, Missouri last Friday night/Saturday morning to play a midnight showcase against Kankakee in the Mizzou Tigers’ arena. The Panthers stumbled out of the gate, but adjusted incredibly well in the second half to force overtime, only to fall in the extra session 73-69 in a thrilling game.

The first quarter was a rough one as South Iron was outscored 14-6 and committed 12 of their 20 turnovers in the game. Taking on a Class 5 school in Kankakee was a real challenge, and their formidable team was loaded with dual-sport athletes who just recently played in the State Football Finals. 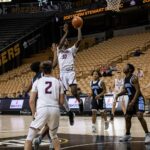 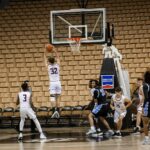 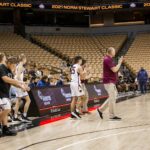 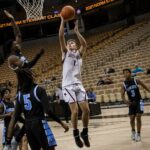 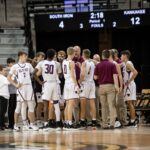 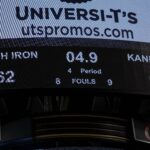 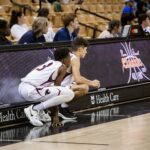 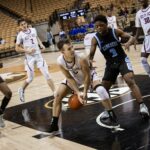 The second quarter was still a bit of an uphill battle, but the Panthers made strides as they started to adjust and were only outscored 15-13. Still, they found themselves trailing 29-19 heading into halftime, and had their work cut out for them against a tough opponent.

Head Coach Dusty Dinkins commented on the Panthers’ early struggles, saying, “Their athleticism (speed/strength) took us most of the first half to adjust to.”

But adjust they did, as South Iron came out firing in the third quarter. They put up 22 points, thanks in large part to Drenin Dinkins, who had 12 points in the frame. Unfortunately, Kankakee put up 22 of their own, which left the Panthers still trailing by 10 heading into the final eight minutes of regulation.

Drenin Dinkins kicked into another gear in the fourth quarter though, and the Panthers took the game by storm. They they outscored Kankakee 21-11, helped immensely by 16 from old number one, and forced a 62-62 tie that pushed the game into overtime.

The extra period was tight, but ultimately resulted in a defeat as Kankakee managed 11 points to South Iron’s 7 (all of which were scored by Dinkins). When the final whistle blew it was 73-69 bad guys, but the Panthers had nothing to hang their heads about after posting such a miraculous comeback.

Dinkins was the star in this one with 42 total points to lead all scorers, and 35 of them came after halftime. He also had eight rebounds, four three-pointers and made every single one of his 16 free throw attempts. DJ Prater was the other big factor, netting 16 points and leading the team with 10 rebounds.

Despite the incredible individual effort by Dinkins, scoring 61% of his team’s points, it wound up being the Panthers’ first loss of the season. Still, they persevered against a Class 5 school in a big-time setting and showed why they are such an impressive program that can hold their own, regardless of who they play.

Their next test is Tuesday night against Arcadia Valley where they will look to get back to the winning ways they are so accustomed to. 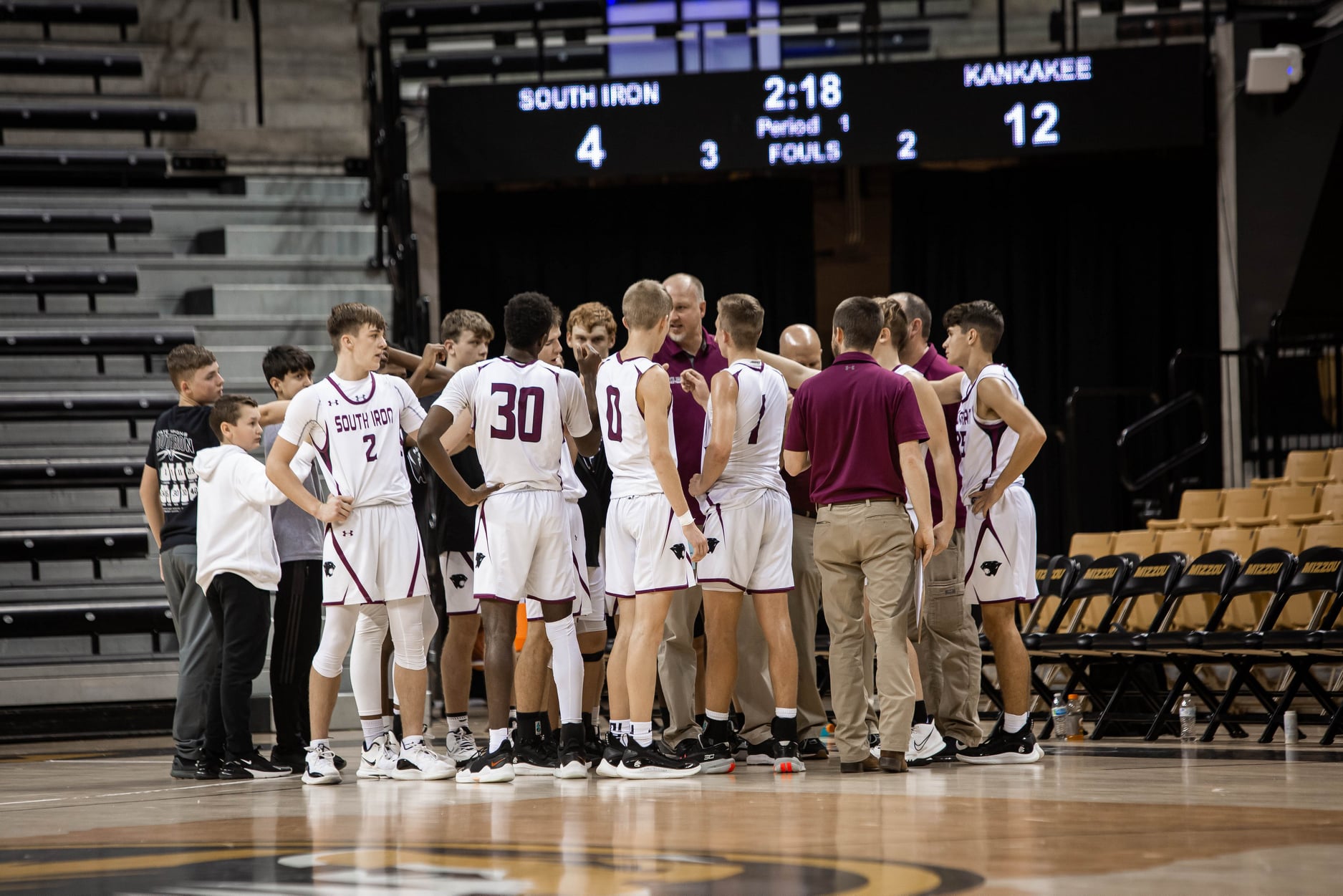