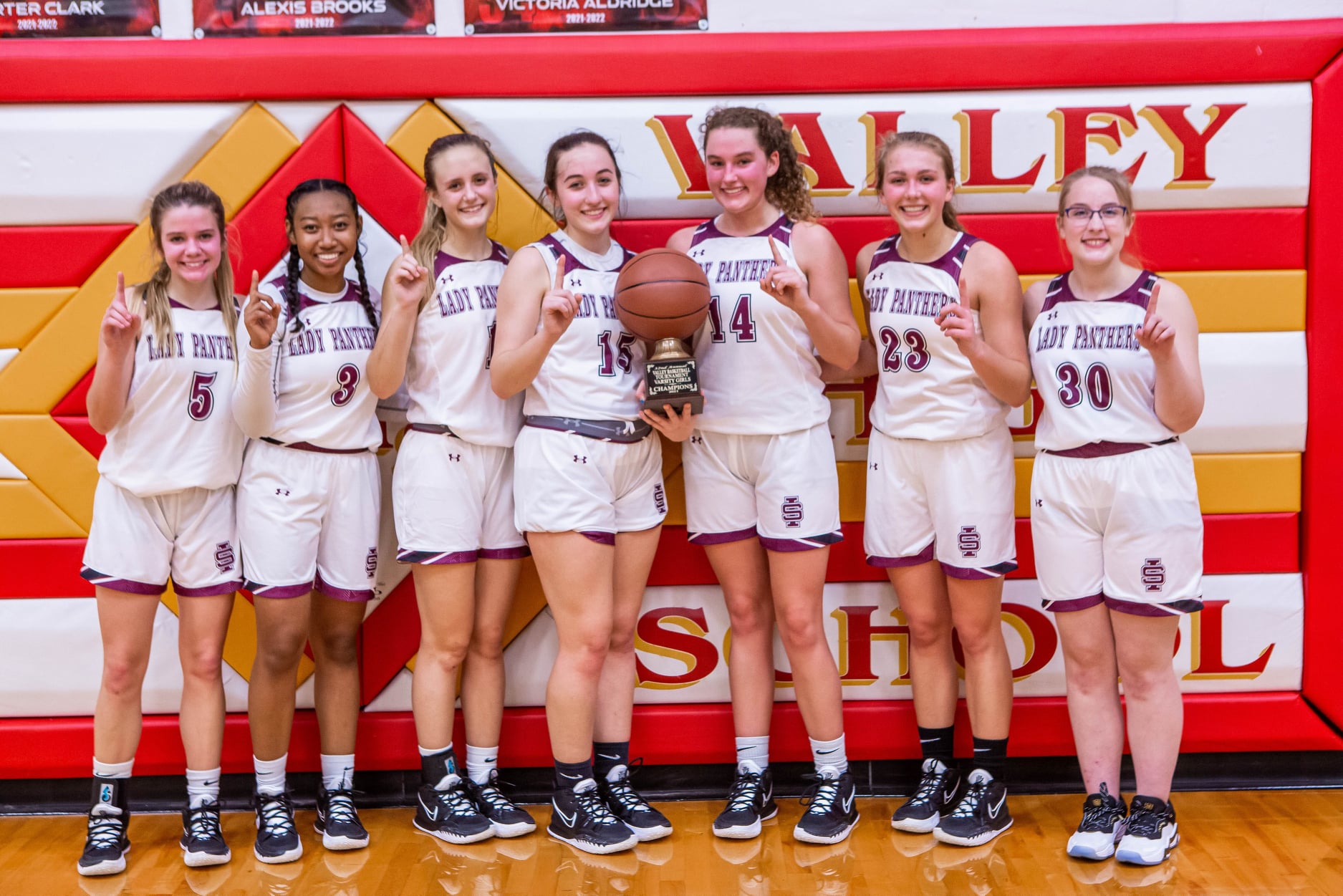 The South Iron Panthers Girls Varsity Basketball team takes down West County once again to with their sixth Valley Tournament Title in the last eight years.

The South Iron Panthers Girls Varsity Basketball team was at it again, kicking off their 2021 season with their sixth Valley Tournament Championship in the last eight years. Wins over Kingston and West County earned them the hardware and gave them a crisp 2-0 start to the year.

It didn’t take long for the Panthers to get going either, as they ripped off 30 points in the first quarter against Kingston and allowed just four by executing their full-court press to a tee. Things weren’t quite as magical in the second quarter, but they did double up their opposition 24-12 and bulldozed their way to a 54-16 lead heading into the half. They were also able to contain Kingston’s best player, who was coming off a 50-point effort in her last game.

The second half opened with more controlled excellence from the Lady Panthers, as they secured an 18-10 advantage before slamming the door in the fourth quarter with an 18-0 shutout. That would total out to be a convincing 90-26 victory and give South Iron their first win of the season. 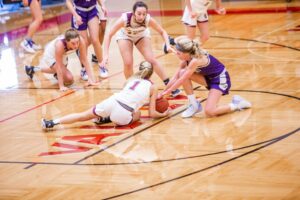 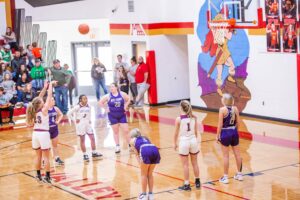 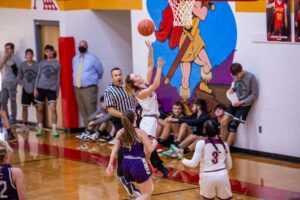 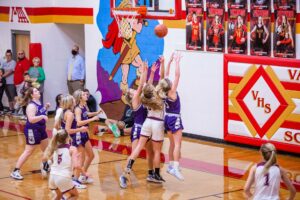 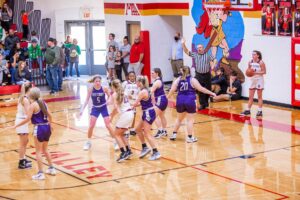 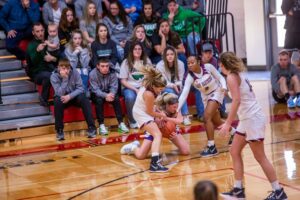 This was truly a complete team effort as witnessed by how many meaningful contributions were made across the board. Allecia Cornell led the team in scoring with 26 points on 11-of-19 shooting and nailed four of eight shots from beyond the arc. Nipping at her heels was Anna Parker, who had 21 points of her own and added five rebounds and seven steals. Not to be outdone though was Maddie Ayers, who was the distribution specialist with 13 assists and also racked up 15 points, seven boards and seven swipes.

It was quite the exclamation point to punctuate the season opener.

The second game, and tournament finale, wouldn’t come quite as easily as the first, but the Panthers still got the job done. They faced off with West County for the eighth year in a row for all the marbles and the Panthers had to grind to get their sixth title during that stretch.

South Iron had to play a very up-tempo style of game to combat West County’s strong guard play and vaunted post presence, but they managed to scratch out an 8-5 lead after the first quarter before taking a 15-12 advantage in the second to close out the half with a 23-17 edge.

Head Coach Lawrence Graves commented on the 16-minute effort saying, “The first half was relatively close. We didn’t play badly. We had a lot of good looks at the rim, just couldn’t get them to fall.”

The second half would be a much more favorable one for the Panthers though, as they wore West County down with their full-court press and capitalized with their transition offense. An 18-11 third quarter extended their lead to 41-28 and set the stage for a smartly managed fourth where they doubled up the opposition with an 18-9 effort that ultimately gave South Iron a 59-37 victory… and their sixth Valley Tournament in eight years.

Enzley Dinkins was the top gal on the totem pole in this one with 18 points to lead all scorers. She was a perfect 8-of-8 from the field and also led the team with nine rebounds, making here presence felt on both ends of the court. Cornell and Parker were big in this one as well with 11 points apiece and the pair combined for four assists, six rebounds, seven steals and three buckets from beyond the arc.

It was a collaborative effort though, and one that Coach Graves was very proud of indeed. The girls executed in style, grinded when they needed to to get the job done and now begin the season in grand fashion with a clean 2-0 record.

Their next challenge awaits in the form of Ellington on Tuesday, December 7th at 5 pm in Annapolis.