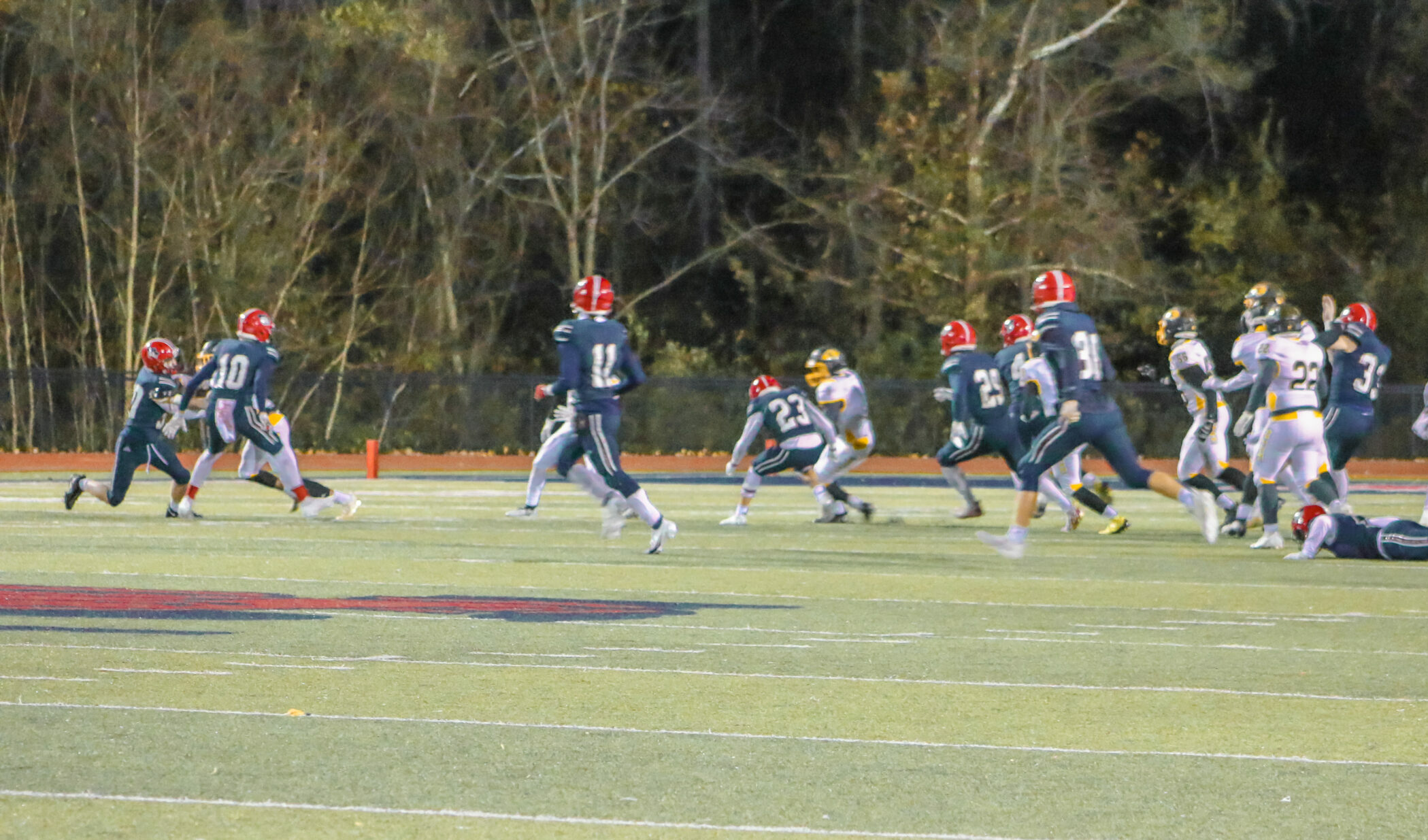 The Park Hills Central Rebels Varsity Football team dominates the Kennett Indians to win the Class 3 District 1 Championship by the score of 51-14.

The Park Hills Central Varsity Football team has finally done it! On Friday, November 12th, the Rebels steamrolled the Kennett Indians en route to the 2021 Class 3 District 1 Championship, by the score of 51-14, marking their ninth win in a row. With the victory, the Rebels unseated the three-year championship reign of Kennett, and are one step closer to the prestigious MSHSAA State Title.

It was the defense that got the offense started for the Central Rebels early. On only the fourth snap of the game, Central forced a fumble that was recovered by Jobe Bryant. On the ensuing possession, Quarterback Jett Bridges took it himself 25 yards in for the first touchdown of the game and a 7-0 lead with 8:00 to go in the first quarter. 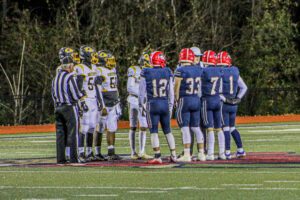 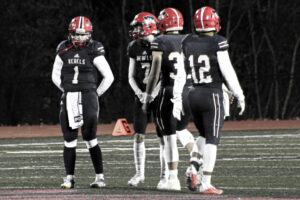 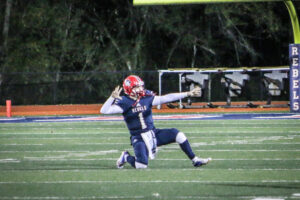 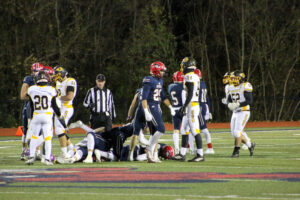 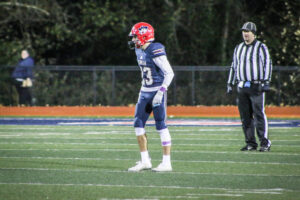 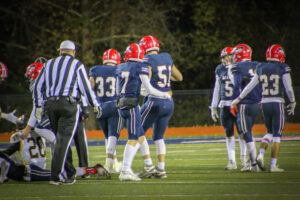 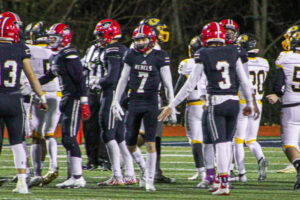 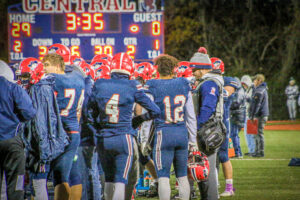 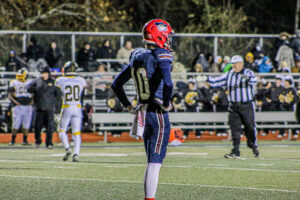 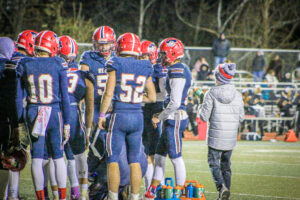 The defense held Kennett again to get the ball back into Bridges’ hands. He completed three consecutive passes to Bryant, the last being a 14-yard touchdown reception. The extra point missed, so it was a 13-0 game.

To start the second quarter, the defense forced another fumble. This time Ruger Sutton recovered for the Rebels. Quickly, Bridges got the ball into the hands of Dayshawn Welch who smoked the Kennett defense for a 46-yard touchdown run. For good measure, Welch carried the ball in to complete the two-point conversion making it a three score game at 21-0.

Next, the defense forced the stop again. After that, the Central drive finished with a Bridges 20-yard touchdown run. Welch again punched in the two-point conversion, extending it to a 29-0 lead.

Kennett finally was able to get on the board with a touchdown with just under two minutes to play in the first half. The extra point was no good, so the score was now 29-6.

The Rebels weren’t finished yet, however. On third and 21, Bridges found Welch who took the pass 46 yards in for a score. This time the two-point conversion pass to Slade Schweiss was good, as the Rebels took a 37-6 lead into halftime.

Central received the ball to open the third quarter. On the first play from scrimmage, Bridges competed a 55-yard pass to Bryant. The Rebels went back to the kicking game, and after a successful extra point, the game was well in control for the Rebels, 44-6.

The defense forced an immediate three and out, getting the ball back for Central. Again, on the very first play, Schweiss caught a Bridges pass and took it 66 yards to the house, giving the Rebels an insurmountable 51-6 lead.

That was plenty for the Central starters who turned it over to the Junior Varsity squad. Kennett was able to score just one more touchdown and complete a two-point conversion, which were the first points the JV team had given up all season. The final score of the game was 51-14.

Bridges was incredible in the passing game, earning 320 yards through the air, including four touchdowns. He also rushed for two more touchdowns. Powerhouse running back Welch had nine carries for 81 yards and a touchdown, and also caught two passes for 75 yards and one touchdown. Bryant also caught five passes for 111 yards and two touchdowns. Meanwhile, Schweiss had a 66-yard touchdown reception and a two-point conversion catch.

Defensively, Sutton led the way with 10 tackles while Ty Schweiss was just behind him with 8.

The now 10-1 Rebels will prepare for the next round of the MO State Tournament. This Friday, November 19th, Central’s incredible season continues as they will host the State Quarterfinal round against the Class 3 District 2 Champions, the St. Mary’s Dragons, to see who continues and who calls it a season.