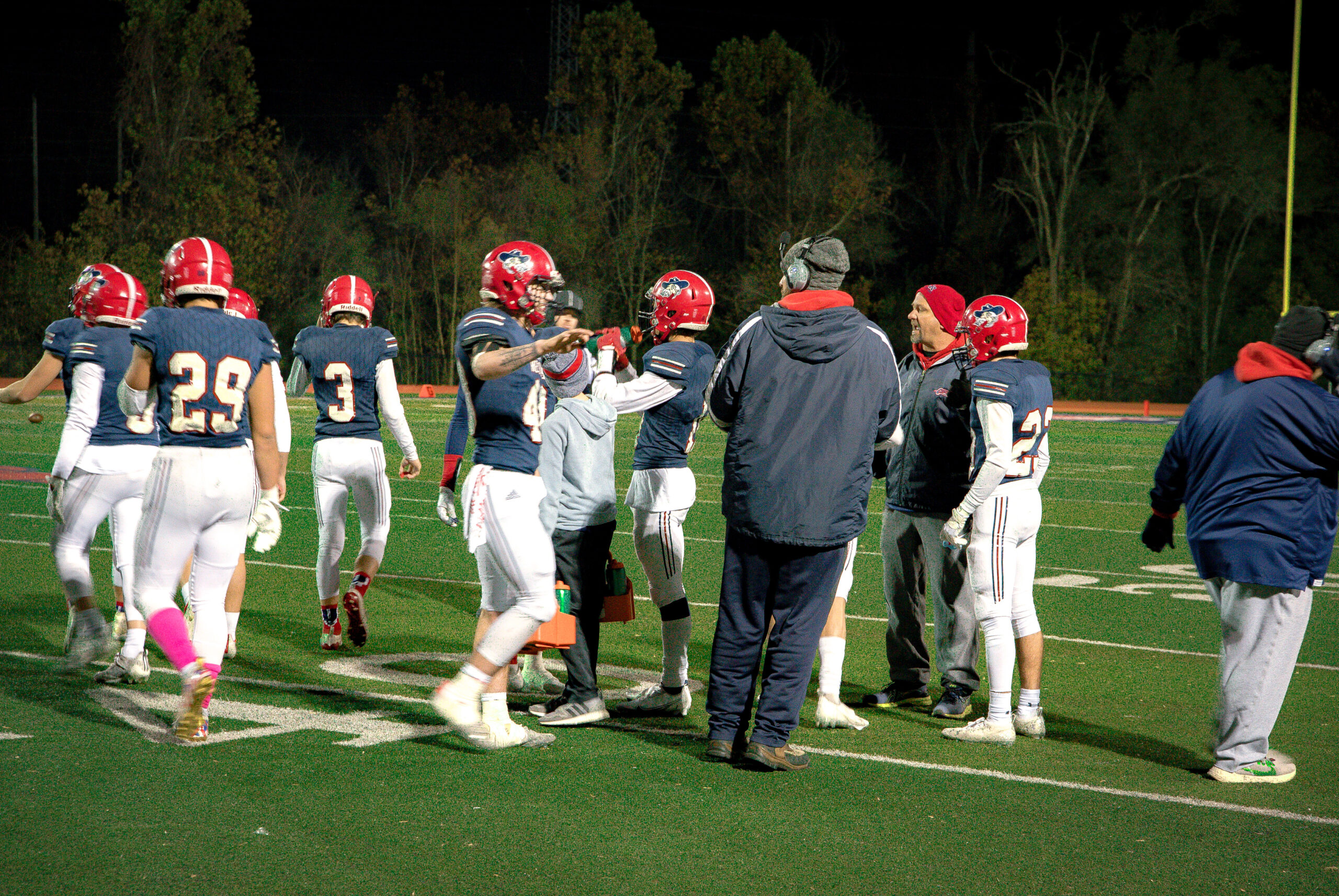 The Park Hills Central Varsity Football team is sitting pretty as the number one seed in their district in the MSHSAA playoffs. After a round one bye, and a big win in the semifinals, the Rebels have advanced to the District Finals. This week, Central will prepare to take on the always tough Kennett Indians with hopes of defeating their foes to bring home the District Championship plaque.

En route to the finals last week, both schools skated through their semifinal games. Central’s unstoppable running back, Dayshawn Welch, ran all over the Potosi Trojans, picking up 220 rushing yards while scoring four touchdowns, in a 47-21 victory. Meanwhile, the Indians diced up Dexter 45-9.

The Central Rebels have to be considered the favorites going into the game, but not by much. The 9-1 squad is actually on an eight game undefeated streak, but the Kennett Indians are no slouches, as they come into the game with an 8-2 record. Offensively, both teams could be considered powerhouses. Central has averaged an incredible 55.6 points per game, while Kennett has a 43.2 average. Defensively, the averages are nearly within a point, as Central has only allowed 14.1 points per game, while Kennett has allowed just 15.2.

These two teams only had one common opponent on the season in the Ste. Genevieve Dragons, and to no one’s surprise, both schools were victorious. Central did a slightly better job, winning the game 28-14, while Kennett barely snuck by, winning 40-38. This game will be the first time these schools have played each other since 2018 when they met in the playoffs. On that occasion, Kennet got the better of the Rebels, winning the game 42-20.

This game is for all the marbles. The whole season of monster victories, winning streaks and personal records, while impressive, won’t dry the tears of the loser. Both teams will pull out all the stops and bring everything they have to emerge victorious. Who will win the coveted District Championship plaque, and more importantly, advance in the MSHSAA State Title Tournament? This Friday, November 12, it’s the Central Rebels vs. the Kennett Indians in the District Championship game, taking place at Central. Kickoff is at 7:00 p.m.