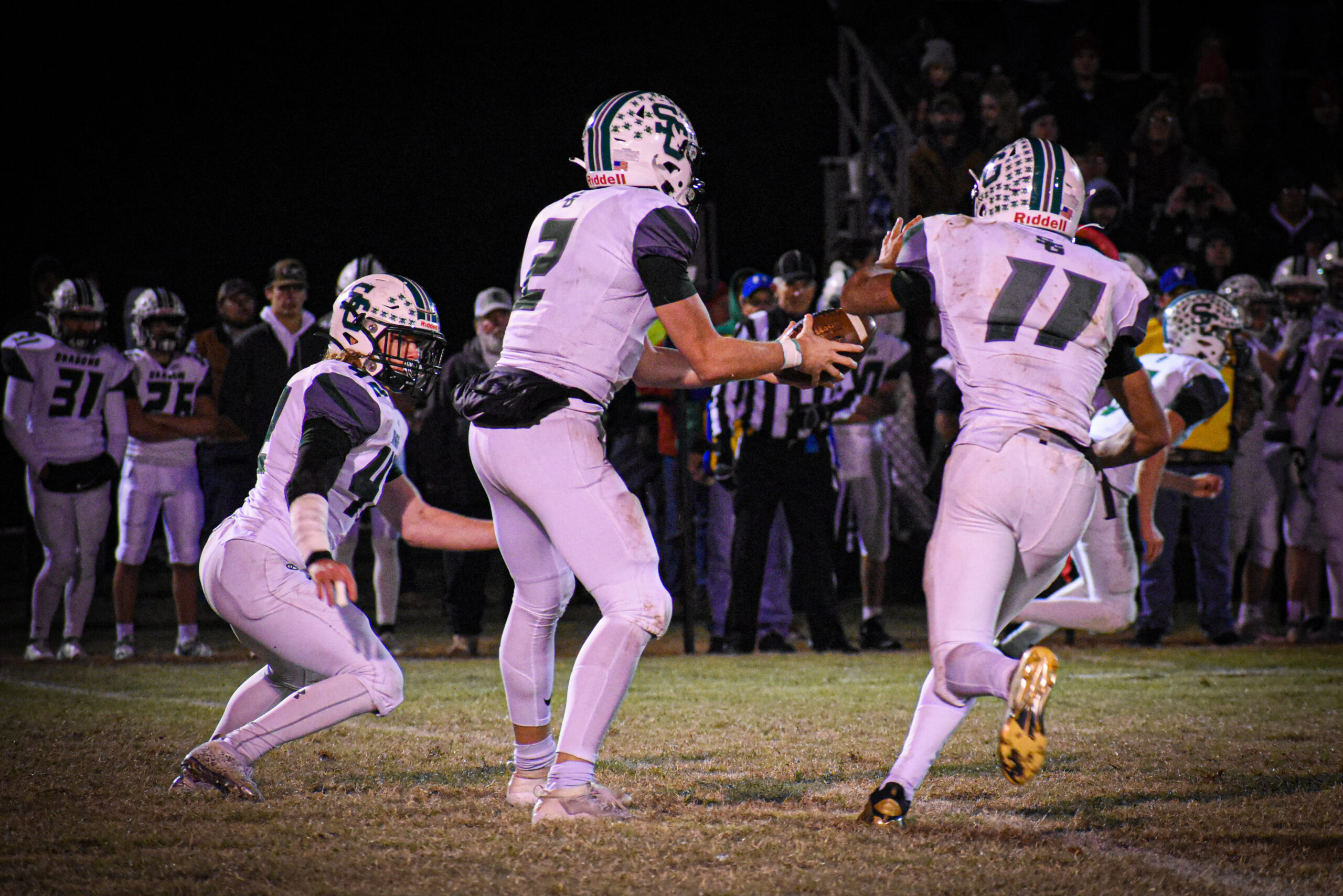 The Ste. Genevieve Dragons Varsity Football season comes to an end with a 69-35 loss to the Valle Catholic Warriors in the district semi-finals.

The Ste. Genevieve Dragons Varsity Football team saw their season come to an end this week when they lost to the Valle Catholic Warriors 69-35 in the district semi-finals.

The Dragons knew what kind of night they were in for coming into this game. The first time these two teams matched up this year, the Warriors trampled them 46-0 way back in week two. Ste. Gen has improved tremendously over the course of the season since that matchup though. Their offense is high-powered and they’re a gritty defensive team as well. They came into this game with insanely high energy and they knew they’d have to bring their all.

Valle started fast just as they have all season. They ran in a 25-yard touchdown that gave the Warriors the initial lead. Ste. Gen then fired right back when Zach Boyer took an end-around carry 24 yards to the house that evened the score at seven, but Valle came back down the field and punched in a three-yard touchdown that put them back ahead. The Dragons weren’t scared though and continued to play their game. Aiden Boyer led his team down the field before rushing for a 22-yard touchdown that tied the game back up, and Ste. Gen’s sideline erupted. The first quarter ended knotted at 14. 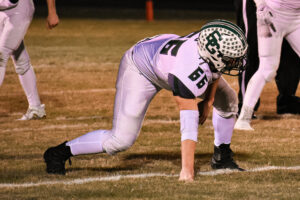 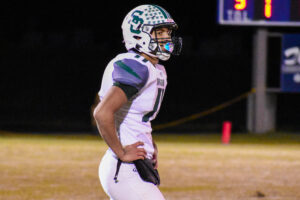 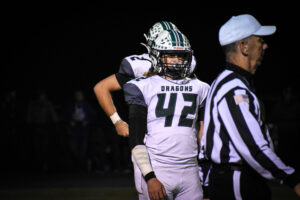 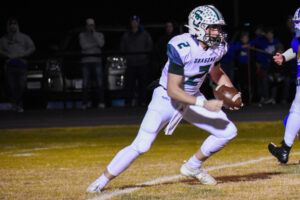 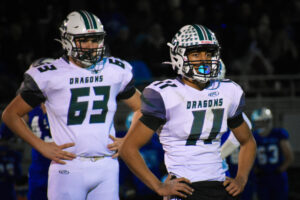 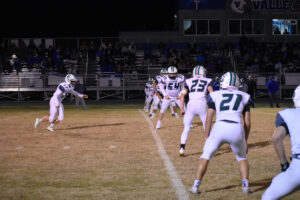 Unfortunately for the Dragons, Valle can seem like an unstoppable force. They led off the second quarter with yet another touchdown to put them ahead again. Wyatt Sprinkamper decided he wanted in on the fun and ran in an eight-yard touchdown to tie the game once again. The Warriors got the ball back before the end of the half and they made sure they had the final possession. They methodically marched all the way down the field before scoring a 12-yard touchdown. They went into the half ahead 28-21.

The Warriors came out of the half and continued to march up and down the field. For the first time all night, they took a two possession lead when they ran in an eight-yard touchdown that helped put them ahead by 14. Ste. Gen seemed to have an answer for everything up to this point and they fired right back. Aiden Boyer tossed a short pass to Kaden Flye near the line of scrimmage. Flye bounced off a few tackles that projected him 80 yards down the field into the end zone and made the score 35-28. Unfortunately for the Dragons, they continued to struggle stopping the run. Valle punched in two more rushing touchdowns before the quarter ended and went ahead 49-28.

Zach Boyer broke off a huge run to start the fourth that made the score 49-35, but that was all we would hear from the Dragons for the rest of the game. Valle scored three more times to seal the deal and the Dragons lost 69-35, ending their season with a 7-4 record.

Tanner Weiler led the defense with ten tackles and Klayton Squires was right behind with eight. Flye and Jacob Johns each had six tackles while Carter Klump had five tackles and an interception.

The Dragons have nothing to hang their head about this season. They had some bumps in the road to start the year, but they finished strong, and competed hard in every game they played in. “Air BnB” was a ton of fun to watch and this offense was as high-powered as they come. New Head Coach Jay Pope had these Dragons playing with a lot of heart and high energy and the Ste. Gen Football program is in a great spot going forward.