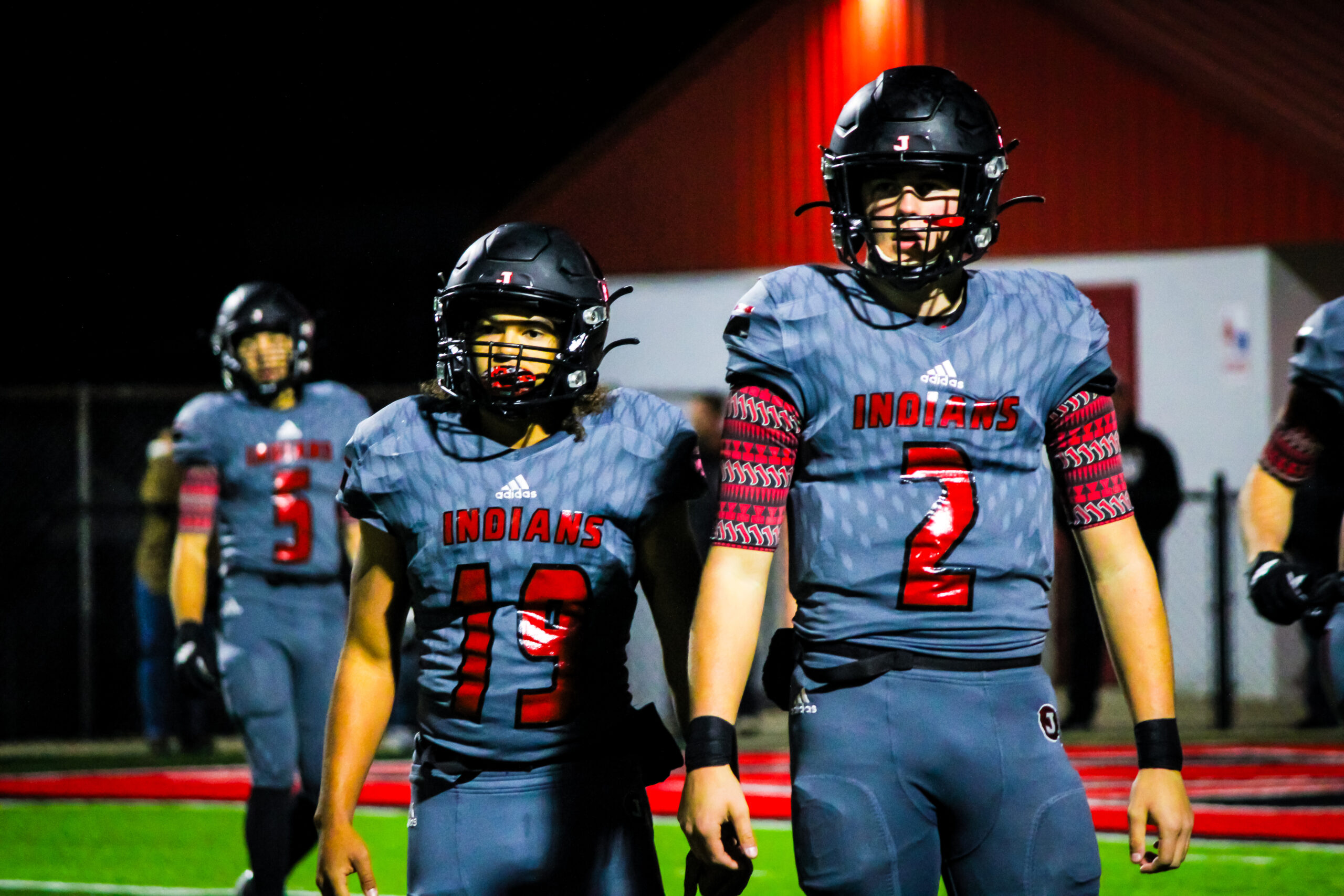 Indians Marchi All Over Mehlville to Advance in District Playoffs

The Jackson Indians Varsity Football squad puts on a clinic against Mehlville with a more than convincing 59-7 victory to keep their State title defense alive.

The best thing about a steamroller is that it flattens everything. Have you met the Jackson Indians? The Mehlville Panthers have.

The Panthers had the unfortunate task of handling the Indians on Friday night… and they got steamrolled. Jackson put on a clinic once again and buried the Panthers 59-7. They will advance to the next round of the district playoffs and are well on their way to defending their state title.

Quarterback Cameron Marchi went nuts in this one and started off the game with a five-yard touchdown run. Normally known for his arm, he got things going in this one with his legs. Four minutes later he passed the torch to Tony Williams who busted one in from four yards out to give the Indians a 14-0 lead.

Marchi wasn’t done in the first though. He broke out of the pocket and found his favorite receiver Kannen Turley for a 39-yard strike to put the Indians up 21-0. Two minutes later the Indians marched down the field again, and this time it was Marchi to burgeoning receiver Isaiah Davis for a 15-yard score. Jackson was sitting comfortably with a 28-0 lead after the first 12 minutes.

The second quarter kept the steamroller flattening everything in its path as the Indians ripped off another score. This time it was Marchi again using his legs, as he scampered for a two-yard TD after pushing his offense down the field. He wasn’t close to done though, as he found a new receiver in Blayne Harris for a nifty six-yard catch and score to put the Indians up 42-0. 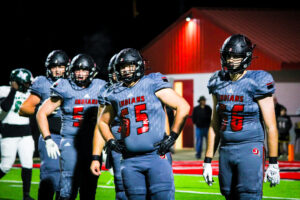 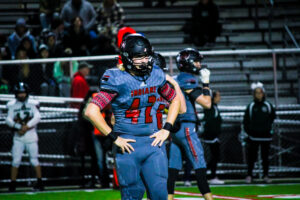 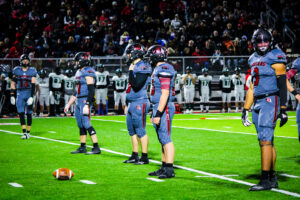 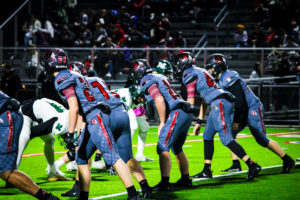 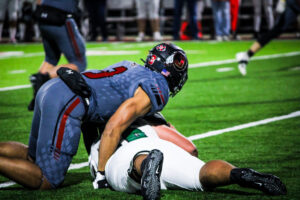 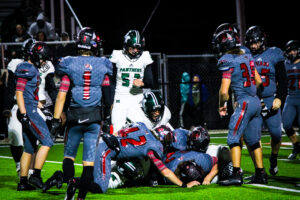 The first half would see even more scoring in the form of a Joshua Wehrenberg five-yard run and a 28-yard field goal off of the leg of record-setting kicker Logan Bruns. The Indians went into the half with a comfortable and unreachable 52-0 lead.

The start of the second half was just Jackson pouring the syrup on thicker. Wehrenberg went to work again and cracked the goal line for a 59-0 advantage from 18 yards out, and that final nail in the coffin gave the starters a chance to rest their legs. The defense stood fast and the backups held their own as Jackson cruised to a 59-7 victory. The only blemish came in the fourth quarter as they allowed a meaningless score to let a couple Panthers get their name in the paper.

Marchi was incredible in this one, going 13-of-14 for 156 yard and three TDs in just over a half of football. Turley was his favorite target, catching five balls for 75 yards and a score. Harris and Davis each had a catch that went for a TD to round out the offense through the air.

To comment on his game, Marci humbly stated, “It felt great seeing all of the hard work we put in this offseason pay off. We just need to keep getting better everyday!”

On the ground it was the Wehrenberg show. He led the way with 11 carries for 81 yards and a pair of touchdowns that bulldozed the Panther defenders. On his heels was Williams, who rushed for 60 yards on eight carries and found the end zone as well. The ground game carried the weight as they killed the clock to seal the victory.

On the defensive side of things, the Indians only allowed 134 total yards to the Panthers and amazingly didn’t give up a single yard through the air. Mehlville’s QB didn’t complete a single pass and was 0-for-7 on attempts. The Jackson defense forced nine three-and-outs, recovered a fumble and snagged an interception. Ryley Styer led the way with six tackles (one assist and two for a loss) and Reid Landers had six of his own with three assist and two for a loss.

As far as the defense goes Blake Blackman chipped in with, “Last night we did a good job executing what we worked on all week last week in practice. Moving forward our defense will need to step up big this week to stop the strong run game of Seckman. Our offense will also need to have another strong week executing.”

The defense was flat out dominating again in this one and the unstoppable Indian offense just kept on rolling. Jackson will take on Seckman out of Imperial next week to keep the line moving.

Gas up the steamroller because kickoff is on Friday at 7 pm and these fighting Indians are primed to go all the way.

Indians Marchi All Over Mehlville to Advance in District Playoffs