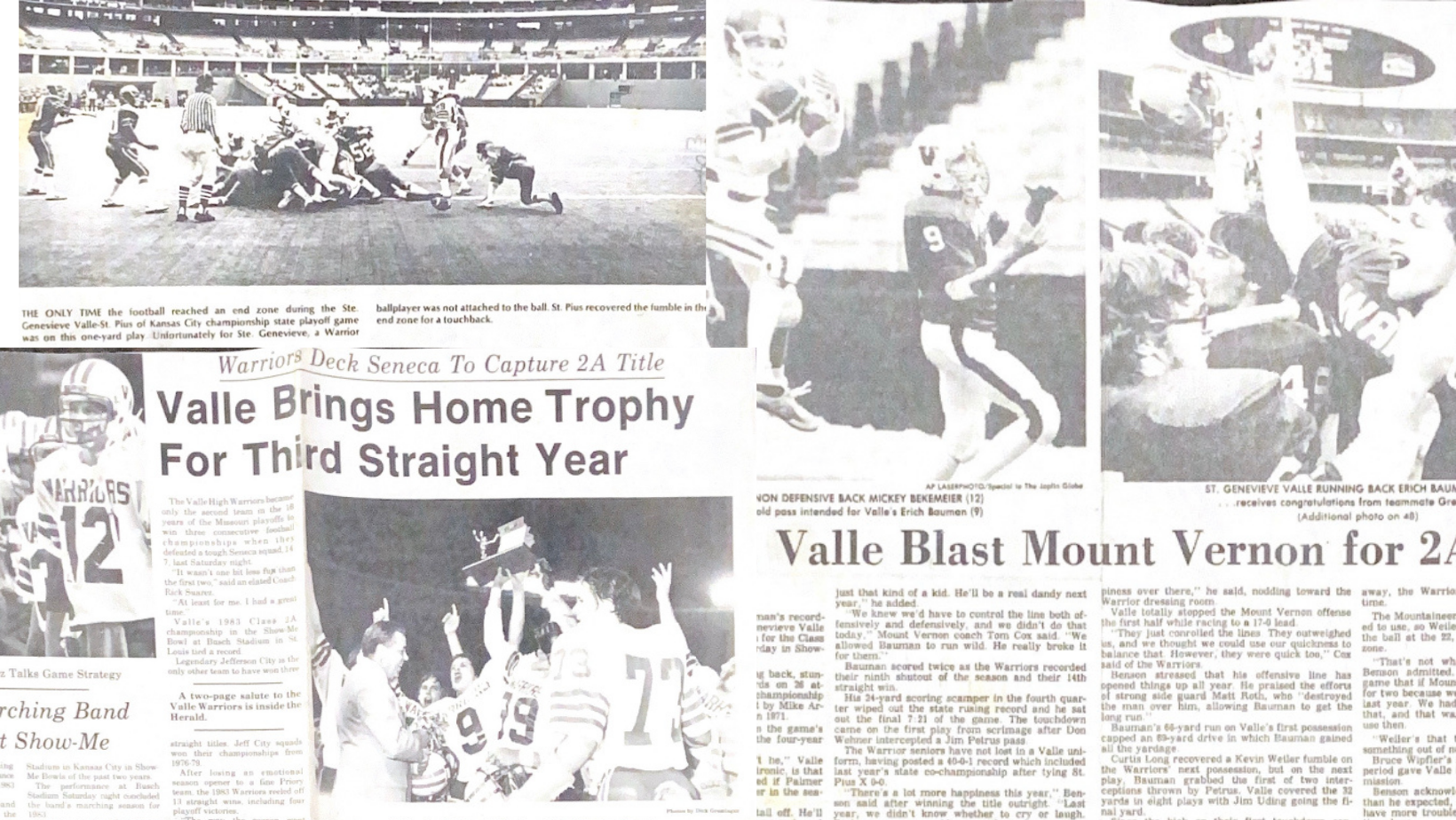 Ameritime Sports recognizes and honors the players and coaches that built the Valle Catholic Warriors first State Championships. This year is the 40th anniversary of the first of their record-setting 15 Missouri State Titles.

This is a story about excellence, hard work, community, strategic innovation, faith, passion and victory.

This is a story about Jim Wilder’s big blue cannon, car caravans, hundreds of fans waiting to meet the team coming home after a big win and a 100-piece band walking through a graveyard to introduce their team.

This is a story about a program becoming a dynasty, and relationships that last a lifetime.

This is the story of the Valle Catholic Warriors.

One of, if not THE most, prolific football programs in the State of Missouri, Valle has been an organization and a community steeped in history and success, dating all the way back to the 1920s.

Fast forward to 1981, when High School Football had become a polarizing and captivating sport sweeping the nation, there were few teams as dominant as the Warriors. That year marked Valle’s first ever State Championship, and now 40 years later they own an extraordinary 15 titles, which is tied for the most in state history. This weekend we honor the members of the graduating classes of 1978-83, and the young men and coaches that started this remarkable run. This group accounted for three consecutive State Titles, and was instrumental in building the powerhouse foundation of what Valle had become, and remains to be this day. 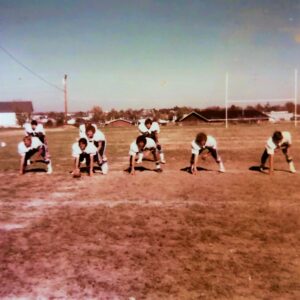 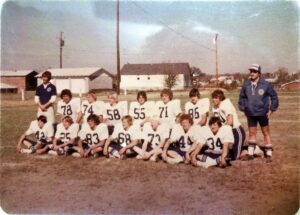 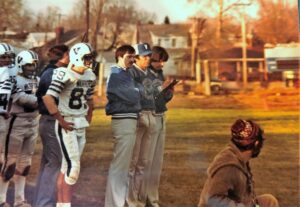 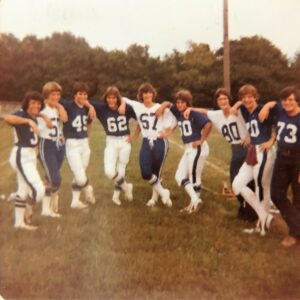 In 1978 the program, after scuffling a bit, went in a new direction by hiring a fresh-faced 24-year-old Head Coach named Mark Benson. The new coach and his assistants, Don Boulware and Rick Suarez, immediately made preparation and work ethic a top priority, as they instituted a revolutionary strength and conditioning program that would not only show immediate results, but also ingrain the tenacity and physical dominance that Valle Football is known for.

The coaching staff, with the full support of the administration and the parents in the Valle community, implemented a year-round weight-lifting and endurance regimen that transformed the program. Valle, a Class 2 school, was constantly playing up to their competition and routinely taking on schools from higher Class brackets with more than double its attendance… so they needed an edge.

Strength and conditioning programs were a rarity in high school sports at the time, so the toughness and stamina that the Warriors displayed on the field was a shock to the system of their opponents. The results were magnificent, but the program itself was pretty simple. Show up three times a week, year-round and don’t miss a day. Miss one: run five miles. Miss two: you’re off the team.

Needless to say, the Valle players bought in full bore and the beginning of a new era had begun.  Benson referred to it as the Warriors’ “single biggest equalizer.” In his inaugural season, Coach Benson’s Warriors went just 3-7, but only had 15 Seniors and seven Juniors on the team. And four of those losses… came at the hands of 9-1 powerhouse schools. The progress measured on the field certainly didn’t translate to the results on paper, but Valle knew what had been achieved. And what had been set in motion.

The 1979 season would follow in similar fashion with another identical 3-7 record (they had just six Seniors), but the Warriors coaching staff would employ another revolutionary strategical advantage.  With the weightlifting program well underway, Coach Rick Suarez had been handed a crop of 32 Freshman. Instead of choosing the cream of that crop and instituting a smaller group of two-way players (as was accustomed at that time), Suarez used all 32 young men in a platoon system: 11 on Offense, 11 on Defense and 10 on Special Teams.  With these athletes all playing Freshman ball and then JV the following year, the Varsity squad was essentially assured to be loaded down the road and, essentially, forever. 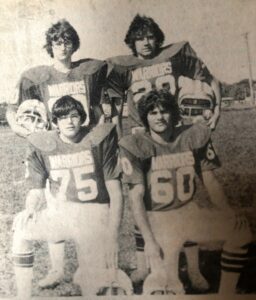 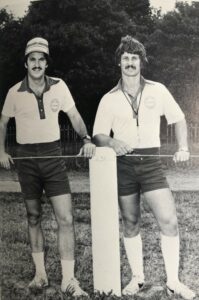 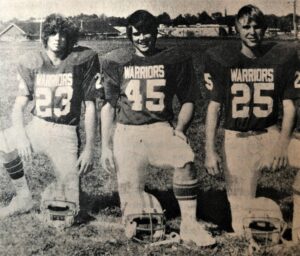 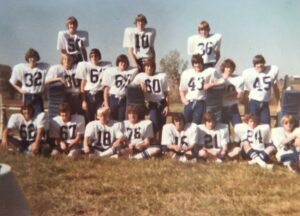 In 1980 those results began to show on paper, and this was the year that truly marked the turning point of the program. All of the hard work, coupled with the new depth system and two full years of the strength and conditioning program, saw the Warriors make their first ever postseason appearance and nearly win State. They finished with a 9-2 record, but were eliminated from the playoffs after a tough loss in what was deemed to be a winnable game against John Burroughs, the eventual State Champions. 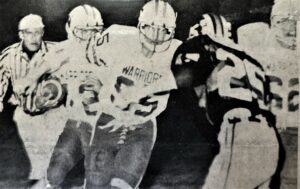 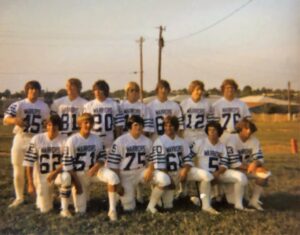 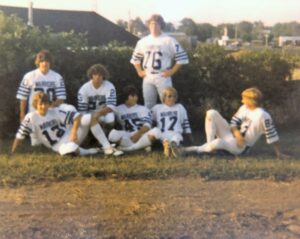 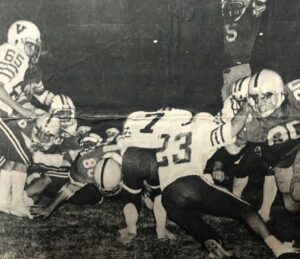 Then in 1981 the Warriors’ depth really came into play. Valle’s overall roster had steadily grown from 66 players to 105, exponentially contributing to the first State Championship in school history. Some changes were made at the top, as Boulware departed and Joel Sumner and Frank Wetteroth were added as Assistant Coaches, but the team kept humming. These new-look Warriors went 12-0-1, and had another crack at Burroughs, who this time didn’t stand a chance. Oddly enough, the tie, which was the only wrinkle keeping Valle from a perfect season, came in the Championship game against St. Pius X out of Kansas City.  As per the rules at the time, the two teams would share the glory in the history books. 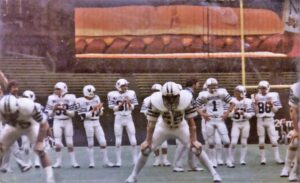 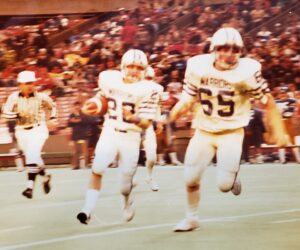 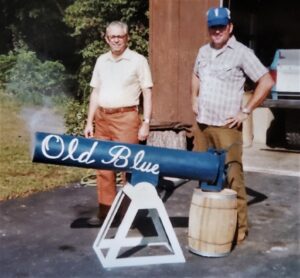 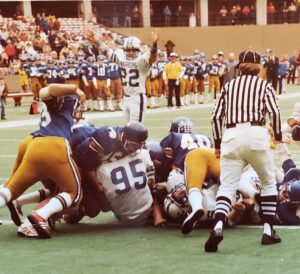 In 1982, there would be no sharing of any kind. The success of the program truly unfolded as Valle went a perfect 14-0 en route to back-to-back State Championships, despite replacing 18 of 22 starters. That year the program had grown so much that the Warriors actually employed four teams, each with a perfect record. The Freshman squad went 10-0, the Sophomore Varsity went 10-0 and the Junior Varsity team went 8-0. Combine that with the Varsity team’s perfect season, and the program as a whole went an unthinkable 42-0 that year. 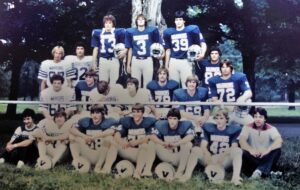 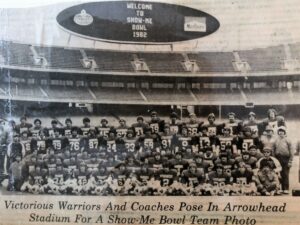 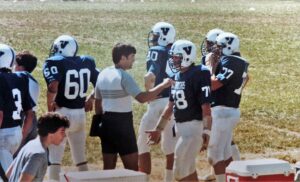 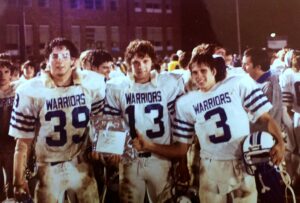 This was also the season where that crop of 32 Freshmen that showed up in 1979 were in their Senior year. In fact, that group of young men went on to go 41-0-1 in their High School tenure, magically never knowing what experiencing a loss felt like.

Then in 1983, things changed in the coaching department, but the results on the field stayed very much the same. Suarez took over as Head Coach and Bob Weiler was added as an Assistant, but Valle’s opponents didn’t see a glint of difference as the Warriors went 13-1 and cruised to their unprecedented third straight State Championship. Fittingly, Coach Suarez got to see many of the young men, who worked so hard in the early years of the program reboot, take home three championships and make a statement in the world of High School football so rarely seen it suggests to be almost unimaginable. 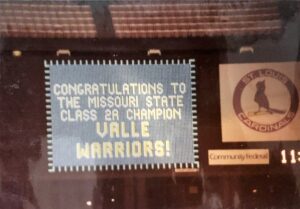 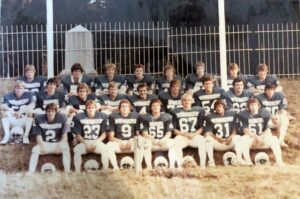 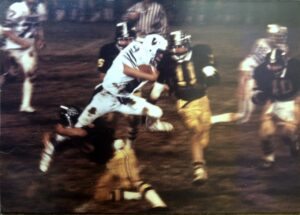 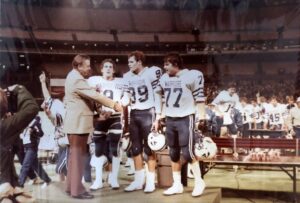 Those charmed years from 1978-1983 set in motion, not only 12 more State Titles, but a true sense of joy in the hearts of the Valle community and a trademark style emboldened on an extraordinary program.

When asked about the Valle community, Coach Benson beamed, “It’s like a little slice of Heaven for a football coach. There are so many people involved. When you surround yourself with parents, players, community and administration of this caliber… you can’t help but be successful.”

The love that the fans have for the Warriors, may indeed be equal to the fear and begrudging respect exuded by their opponents on the gridiron. Here we are 40 years later and the Warriors are once again knocking on the door. This time for a record-setting 16th Missouri State Championship, now with 600 total program victories under their collective belt.

In closing, Coach Benson emotionally stated, “No words can adequately explain what happens at Valle, but if you’re there… you don’t need any words.”

Congratulations and good luck to everyone, past or present, involved with this spectacular organization. Go Warriors!