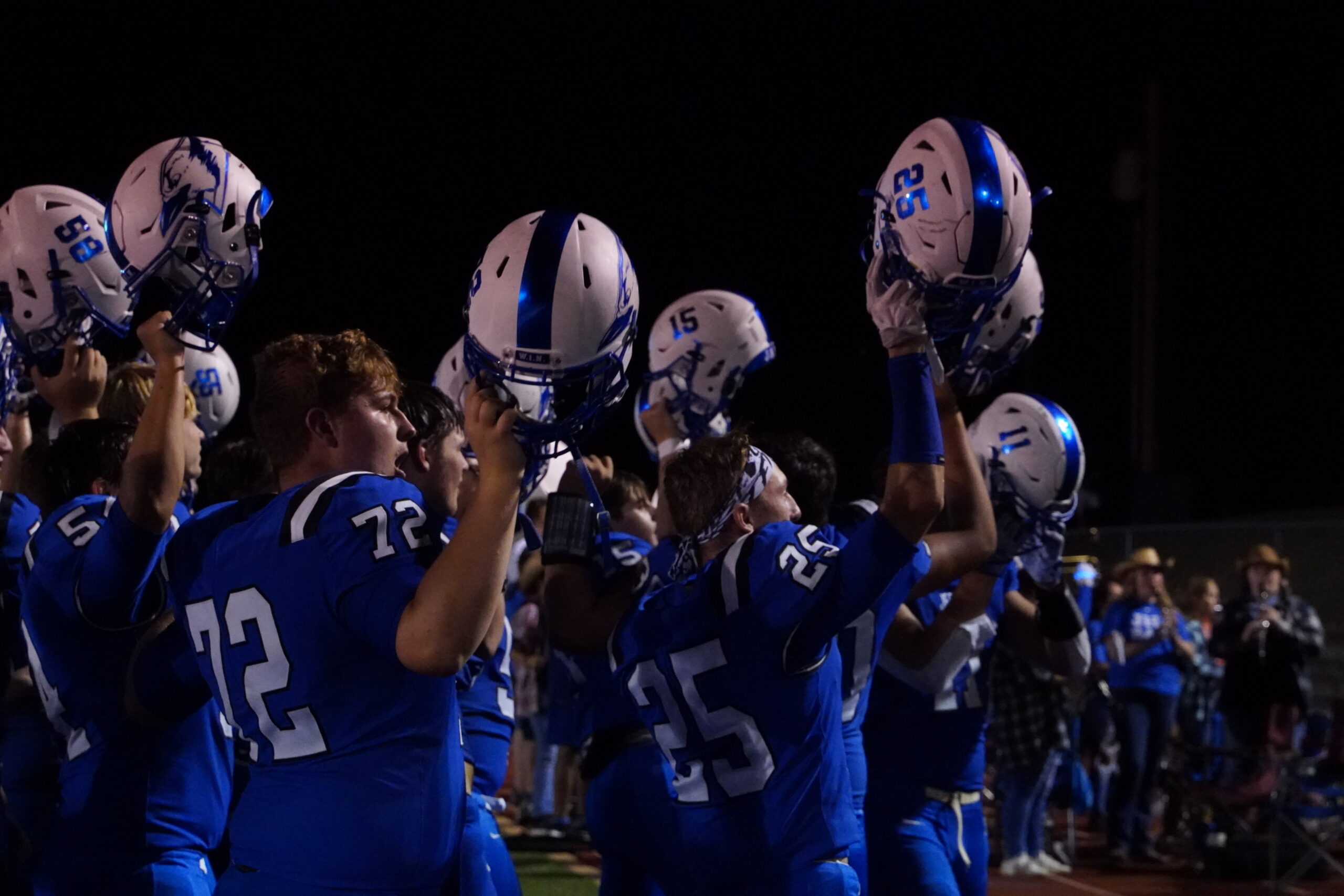 The Jefferson R-7 Blue Jays Varsity Football team punishes Chaffee 54-0 to improve to 6-2 on the season.

The Jefferson R-7 Varsity Football team looks to have recovered fully from the week six shutout loss to Valle, having now recorded two shutouts in a row of their own. This past Friday, October 15th, on a night when both schools honored their veterans with a pregame salute, the Blue Jays faced the Chaffee Red Devils and uncorked a massive build up of offense, defeating their foes 54-0. The now 6-2 Blue Jays are sitting in second place in their district with a 3-1 record.

Head Coach Alex Rouggly noted, “Our kids came out and played quality football in all three phases of the game tonight. We scored on special teams, while also blocking a punt. Our defense flew around and pitched a school record fourth shutout of the season, and our offense continues to be as efficient as ever.”

Jefferson unloaded in the first quarter, rallying to put up 27 unanswered points. Quarterback Drew Breeze took it himself 29 yards for a quick touchdown at 9:15 in the first quarter to give the team an early 7-0 lead. Two minutes later, Sam Stokes ran the ball 22 yards in for a touchdown, putting the Blue Jays up 14-o.

At 4:15, Stokes took another hand-off in for a touchdown, this time from 13 yards out. The extra point attempt missed, but the Blue Jays were rolling, now leading 20-0.

With only two seconds left on the clock in the first quarter, Sean Usery plowed through the backfield from 17 yards out, to find the end zone. The extra point was good, so the Blue Jays led 27-0 after only one quarter.

The scoring continued in the second quarter as the Blue Jays put up another 21 points on three touchdowns. Colton Richardson got in on the scoring action at 6:47, catching a 17 yard touchdown pass from D. Breeze.

Next up was Robbie Hurley getting the hand off. He banged it in from six yards out for a touchdown, making the score 41-0. Then the final first half touchdown came on a 44-yard punt return from Will Breeze. The extra point was successful, so after one half of play, the Blue Jays were in control, leading 48-0.

With a running clock, the scoring halted in the third quarter, but Jefferson did add a final six points in the fourth. The final touchdown play was a one-yard run by Gavin Theodoro. The extra point missed, making the final score 54-0.

D. Breeze was stellar with his passes, completing six of seven for 102 yards and one touchdown. Stokes caught three of his passes for 44 yards, Richardson had two completions for 49 yards and W. Breeze caught one pass for nine yards.

On the ground, Jefferson ran the ball 28 times for 291 yards. Usery did the majority of the work, and carried the ball six times for 72 yards. Stokes and Theodoro each had five runs, for 71 and 27 yards respectively. D. Breeze also carried the ball four times for 62 yards.

Defensively, the Blue Jays were everywhere. Hurley came up big with six tackles and Stokes added four of his own. Also, Konnor Armstrong, Nate Bernatow and Richardson each had three. Armstrong also had the only sack of the game.

Rouggly added, “It’s fun to be a part of a team that is clicking at the right time of the year. This is a great group that wants to continue the tradition that we have developed within our football program.”

The Blue Jays have one final important district game to go on the schedule. Next Friday, October 22nd, Jefferson will line up against the St. Vincent Indians to try and finish their regular season on a win streak.